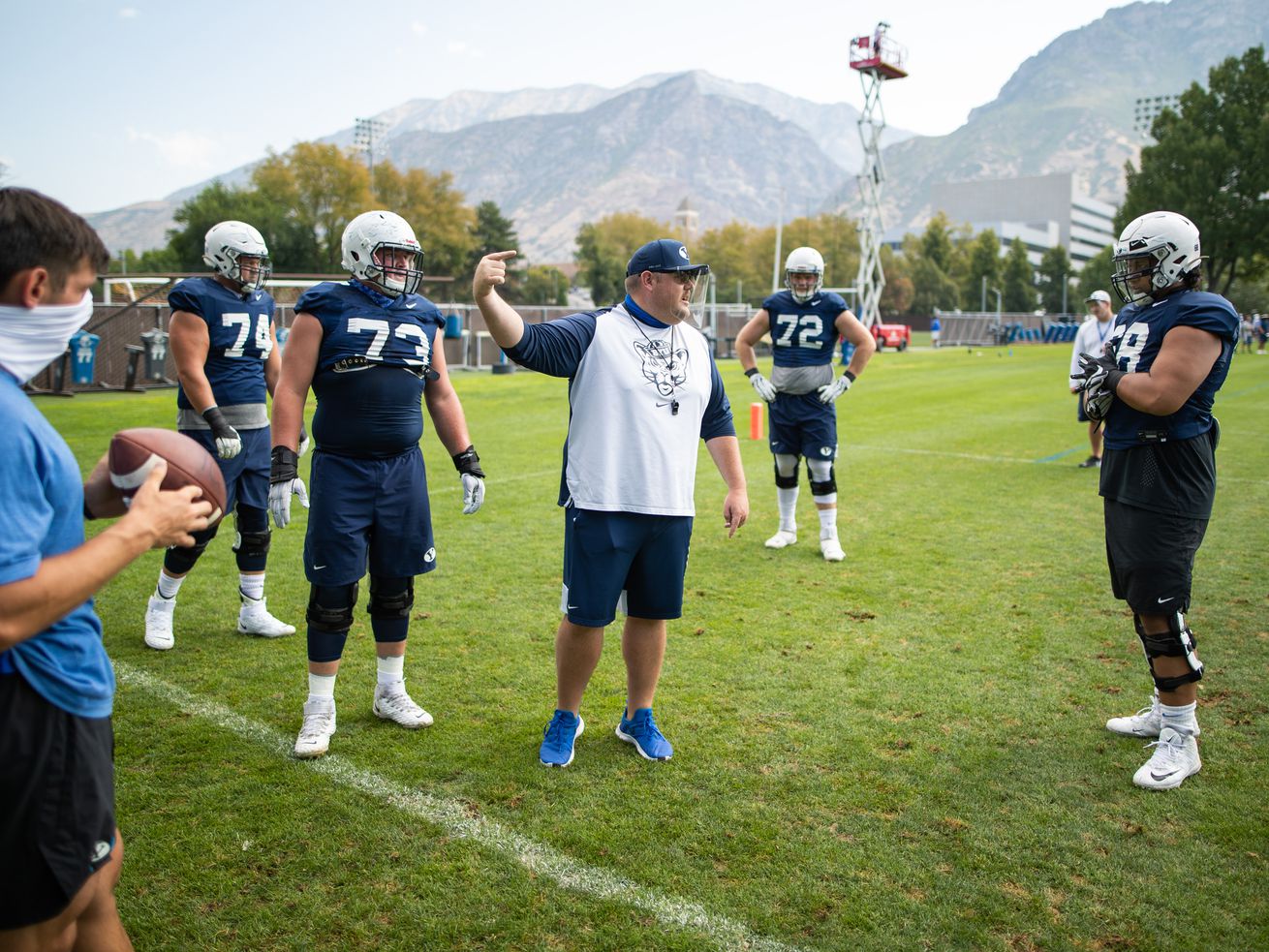 It didn’t take Sione Hingano long to commit to play football for the BYU Cougars.

Hingano, a senior offensive tackle at Chandler High School in Arizona, received a scholarship offer from BYU earlier this week and announced his commitment via Twitter on Thursday afternoon.

The 6-foot-5, 280-pound senior is from the same high school that produced BYU receiver Gunner Romney, backup quarterback Jacob Conover and linebacker Tate Romney, who is currently on a mission for The Church of Jesus Christ of Latter-day Saints.

Hingano is the starting left tackle on an undefeated team that will play Arizona’s No. 2-ranked Chandler Hamilton on Friday night in a game that is scheduled to be televised nationally by ESPNU.

Hingano is expected to serve a mission before enrolling at BYU, according to Cougar Sports Insider on the 247sports.com network. The Cougars now have 11 commitments from the class of 2021 with the early national signing period beginning next month.

When Hingano received the BYU offer on Tuesday, he tweeted that it was his “dream school” and said he had received the offer from BYU offensive line coach Eric Mateos.

Hingano is a three-star prospect in the 247sports.com system, but BYU’s offer was his first from a Football Bowl Subdivision school.

Other offensive linemen who have committed to BYU include Weston Jones of Romeo, Michigan, and Elia Migao of Temecula, California.