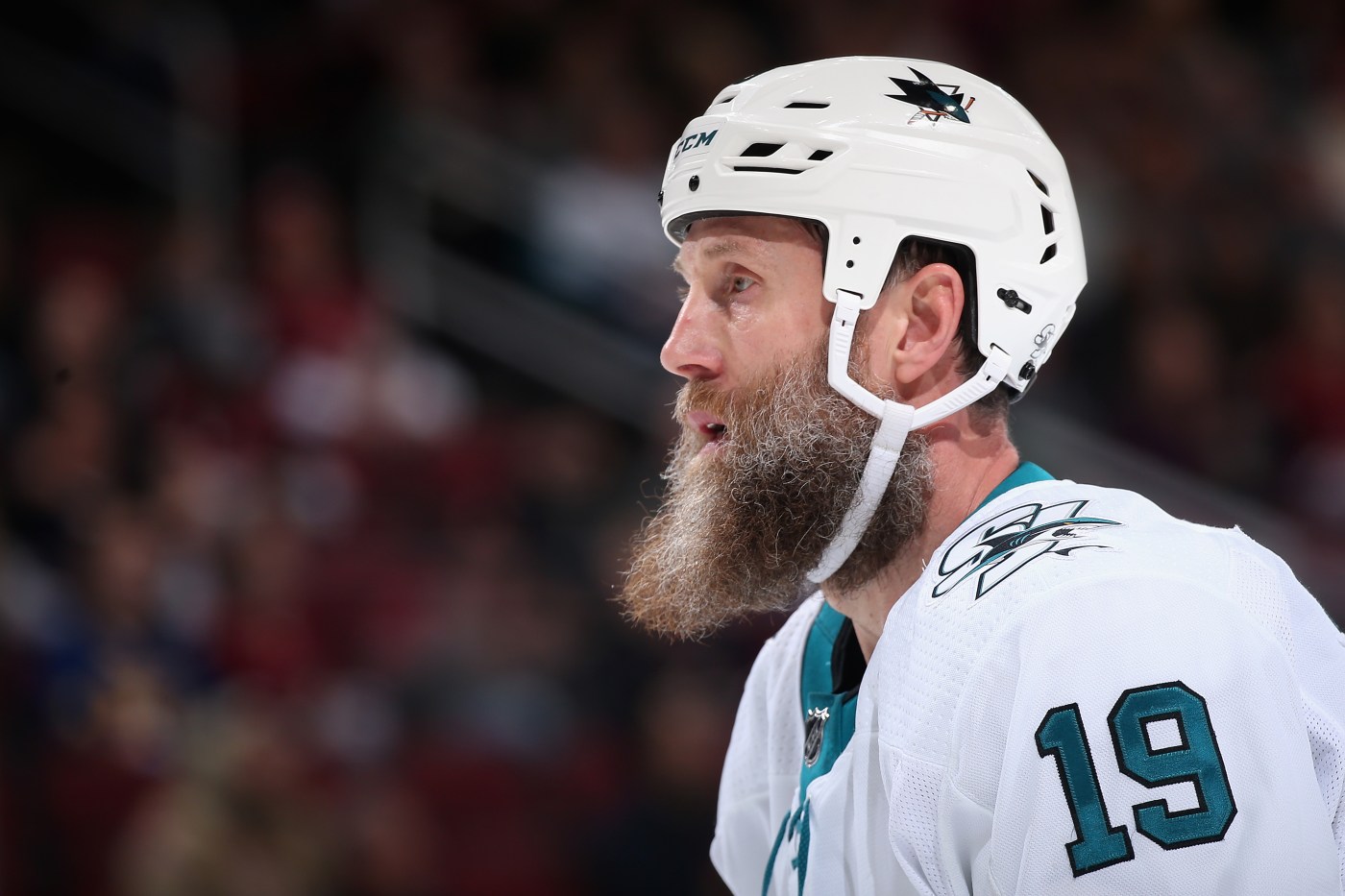 The Toronto Maple Leafs are reportedly not holding back in their pursuit of Joe Thornton.

Both Maple Leafs general manager Kyle Dubas and coach Sheldon Keefe have spoken to Thornton recently, according to The Athletic’s Pierre LeBrun.

Thornton, 41, is in Switzerland right now and has said he will be patient before he decides where he wants to play next season. Thornton has been skating with HC Davos since August and could play for the team this Saturday, LeBrun said.

The NHL has mentioned Jan. 1, 2021 as a possible target date for a start to next season. However, an official schedule has not yet been announced, so there isn’t necessarily a rush for Thornton to make a decision on whether to play in Toronto, San Jose or elsewhere.

The Sharks have made a handful of personnel changes this offseason and could make more, general manager Doug Wilson said Tuesday. But the Sharks are still not perceived as legitimate contenders for the Stanley Cup, the one thing missing from Thornton’s Hall-of-Fame caliber resume.

The Maple Leafs could be an alluring spot for Thornton considering their rich history, their cadre of young, skilled forwards and that the team is close to where his parents live in St. Thomas, Ontario, which is about a two-hour drive west of Toronto.

Thornton has played with the Sharks since Dec. 2005, and signed one-year contracts to remain with the team as an unrestricted free agent in 2017, 2018 and 2019.

“My feelings for Joe Thornton and Patty Marleau (go) beyond respect,” Wilson said Tuesday after the Sharks announced they had signed Patrick Marleau and Matt Nieto to one-year contracts. “These guys love the game, what they’ve done for this franchise. But players have choices, and I want them to do what’s right for them. We want to treat everybody with great respect.”

“We communicate quite a bit, quite often,” Wilson said of Thornton. “We want what’s best for Jumbo and for everybody involved.”