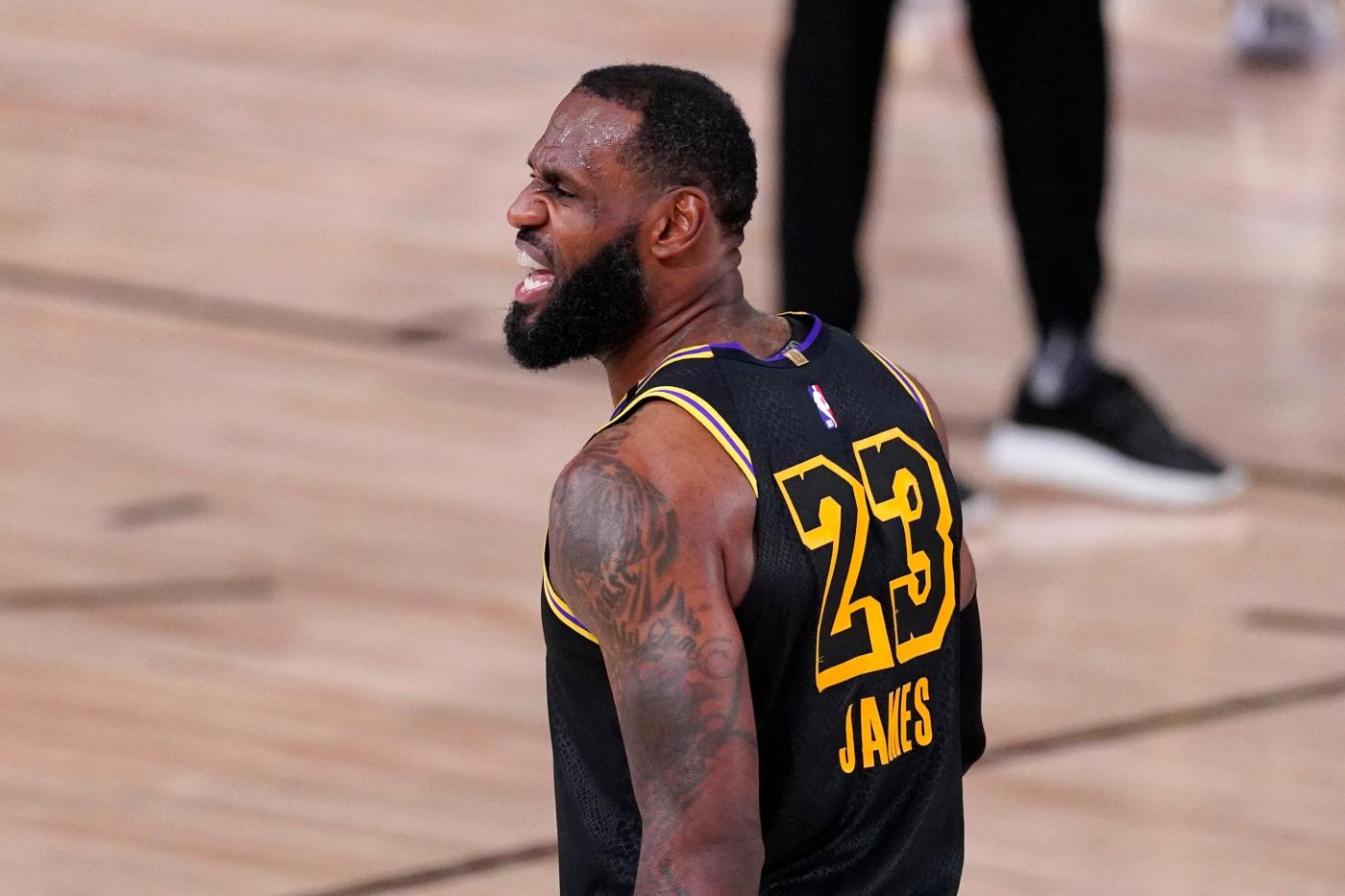 Markieff Morris scored 16 points for the Lakers. They opened a 21-point lead in the first half, gave up 41 points in the third quarter to fall behind, and then regrouped behind some high-flying plays by James to pull away again.

James took only 15 shots in Game 1 and was scoreless in the fourth quarter of the Lakers’ 112-97 loss, but he was dominant on both ends in the final period of this one. He had eight points in the quarter and a powerful blocked shot on Russell Westbrook that flew far out of bounds.

James Harden scored 27 points and Eric Gordon made six 3-pointers and added 24 for the Rockets, who made 22 3-pointers. P.J. Tucker had 18 points and Robert Covington 17, but Westbrook finished only 4 for 15 while scoring 10 points and grabbing 13 rebounds.

Milwaukee lost the first three games of the Eastern Conference semifinals, then lost the NBA’s MVP while trying to fend off elimination. No problem. The Bucks aren’t done yet.

LeBron James: “The respect level is out of this world” for Nuggets’ historic run

Brauchler: There should be a no-politics, no-policy zone protecting America’s stadiums and arenas

Even with Giannis Antetokounmpo missing most of the game with a sprained right ankle, the Bucks extended their season to a Game 5 on Tuesday.

Khris Middleton scored 21 of his 36 points in the third quarter, then made a huge 3-pointer with 6.3 seconds left in overtime and the Bucks topped Miami in Game 4,

Antetokounmpo scored 19 points in only 11 minutes, and Brook Lopez and George Hill each had 14 for Milwaukee.

Bam Adebayo had 26 points, 12 rebounds and eight assists for Miami. Duncan Robinson scored 20 points, Jae Crowder had 18 and Goran Dragic and Jimmy Butler 17 each. The Heat gave up 12 straight points in the final period, wasting what was an eight-point lead in a closeout game.