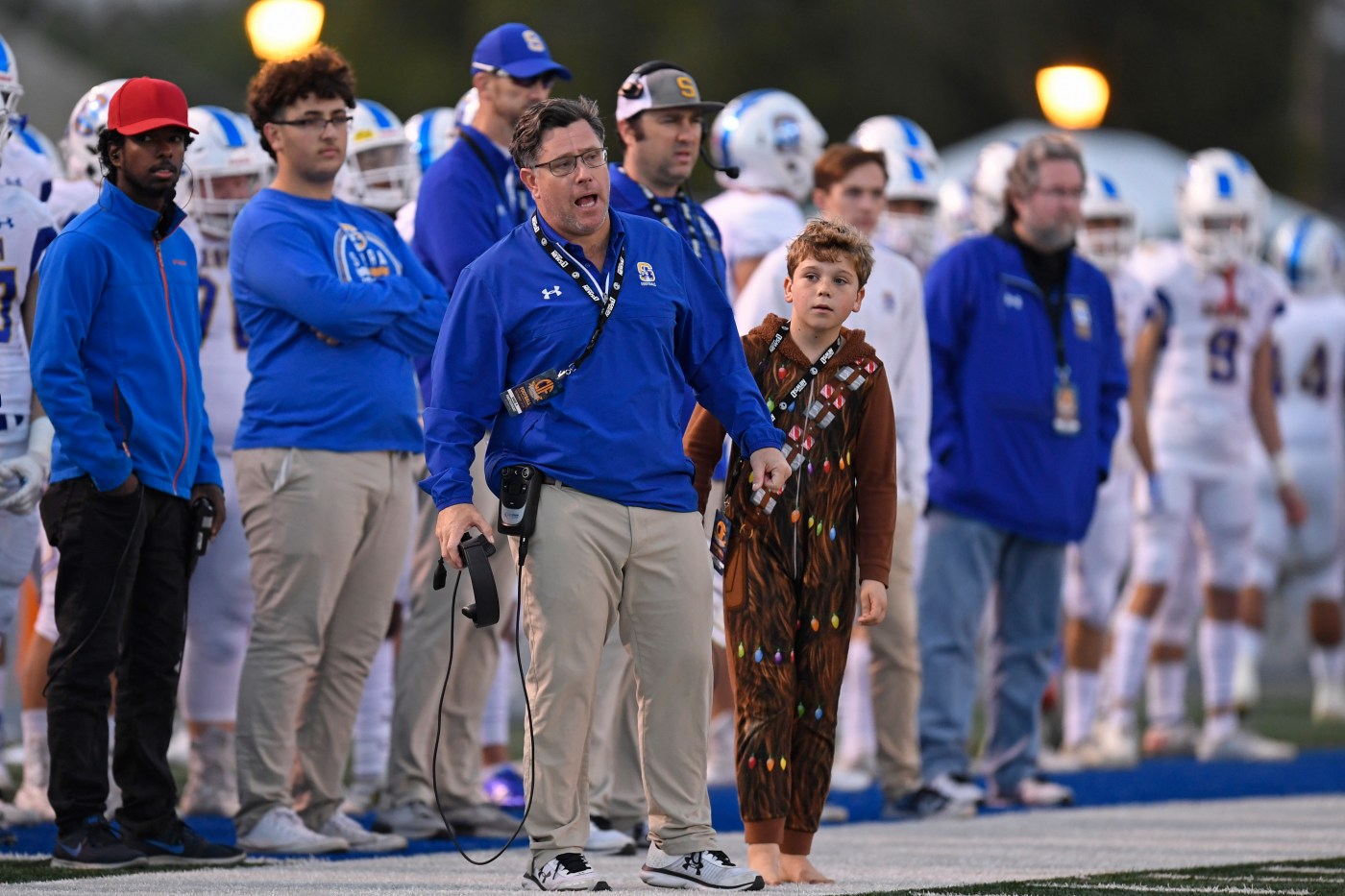 In a Facebook Live update Wednesday night, Walsh said he did not know what the decision would be but expects a positive outcome.

Walsh noted that he and other leaders from the Golden State High School Football Coaches Community met with two Newsom aides on Wednesday evening, including Jim DeBoo. The meeting was the latest in a series of talks with the governor’s office.

Walsh, whose coaches group has partnered with the parent-driven Let Them Play CA, told viewers that he expects a decision within 48 hours.

“We believe presently — and I am talking about the present — that an announcement is going to be made on the future of youth sports in California tomorrow or by the latest Friday,” Walsh said Wednesday night. “I believe that and I believe I am telling you that because that’s what they’re telling us.

“We are not the decision-makers, sadly, because if we were, I’d make a decision right now — and we’d all be playing, safely. But that’s not reality.”

Walsh said Newsom’s team has not said what the decision will be or when it when it will be announced. But advocacy leaders are encouraged by the case they have presented to the governor’s office about how contact sports can be done safely amid the pandemic.

As of now, only low-contact outdoor sports can be contested in California.

“We have moved the ball down the field,” Walsh said. “We are on the proverbial 1-yard line. Basketball parents, we’re about to make a layup. Water polo, we’re about to shoot the goal. We’re on the 1-yard line and we believe a positive announcement is going to be coming up in the next couple of days.

“As we sit here on the eve of a decision or the eve of the eve of the decision, I feel like we’re in a good spot. I am confident that we are going to get news in the next 48 hours that will affect millions of kids and even more millions of parents — and that’s good.”

Even when Newsom’s makes an announcement, Walsh said the movement does not stop because all sports will likely not be cleared to play and even those that are could face more hurdles at the county and school district levels. Walsh noted that state health officials seem more hesitant about giving the green light to indoor sports such as basketball.

“I do not think there is going to be a magic brush that’s painted and says, ‘The state’s open. Everybody go play,’” Walsh said. “If that happens, we’d still have to deal with some of our counties, which go above and beyond the call of duty, if you will.

“The first domino that has to fall is the very top domino, which is the state — California Department of Public Health, the governor’s office, to give us direction, to give us guidance. What is it because that’s going to …read more