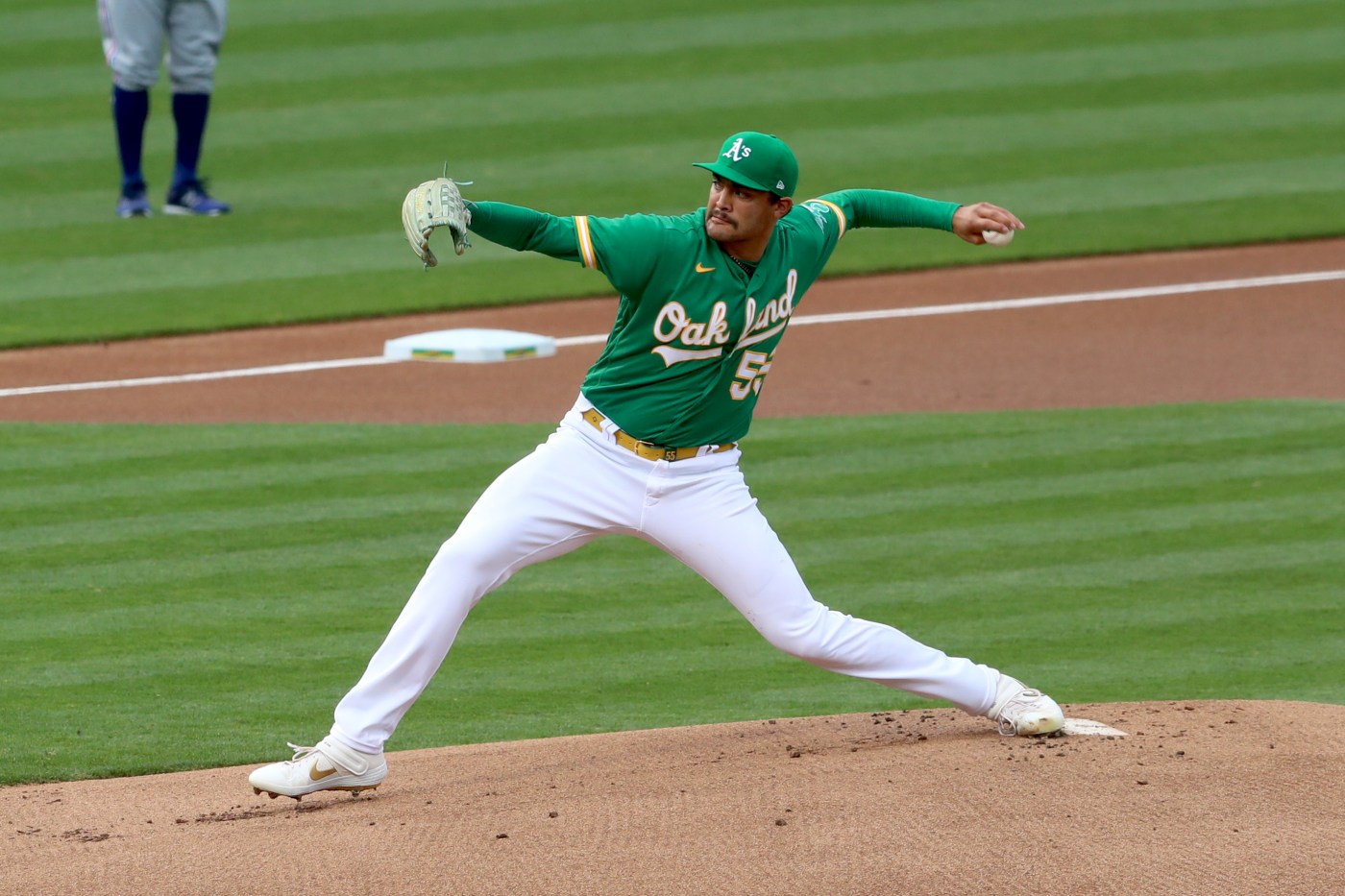 Follow along Tuesday afternoon as we provide live in-game analysis from Game 2 of the A’s-Astros American League Division Series from Dodger Stadium.

It will be a battle of left-handers as the A’s send Sean Manaea against Houston’s Framber Valdez while they try to even up the best-of-5 series. The 10-5 loss on Monday marked the eighth straight time the A’s have lost Game 1 of a postseason series. Oakland has come back to win just three times in those series, including last week’s win over the White Sox in the wild card round.

What the A’s are saying before AL Divisional Series Game 2 vs. Astros

Oakland A’s right where they want to be — as underdogs

Both the A’s and Astros hit three home runs in suddenly homer-happy Dodger Stadium on Monday as Khris Davis, Sean Murphy and Matt Olson all went deep for Oakland. Houston’s Carlos Correa had two of his team’s home runs.

“It was one of those things, after the game yesterday, it was like, screw it, one game doesn’t define our season, let’s go back out there and win,” he told reporters Tuesday morning.

Here’s some pregame reading on what else Hendriks and A’s shortstop Marcus Semien have to say about Tuesday’s Game 2.

To view the live updates on your mobile device click here.