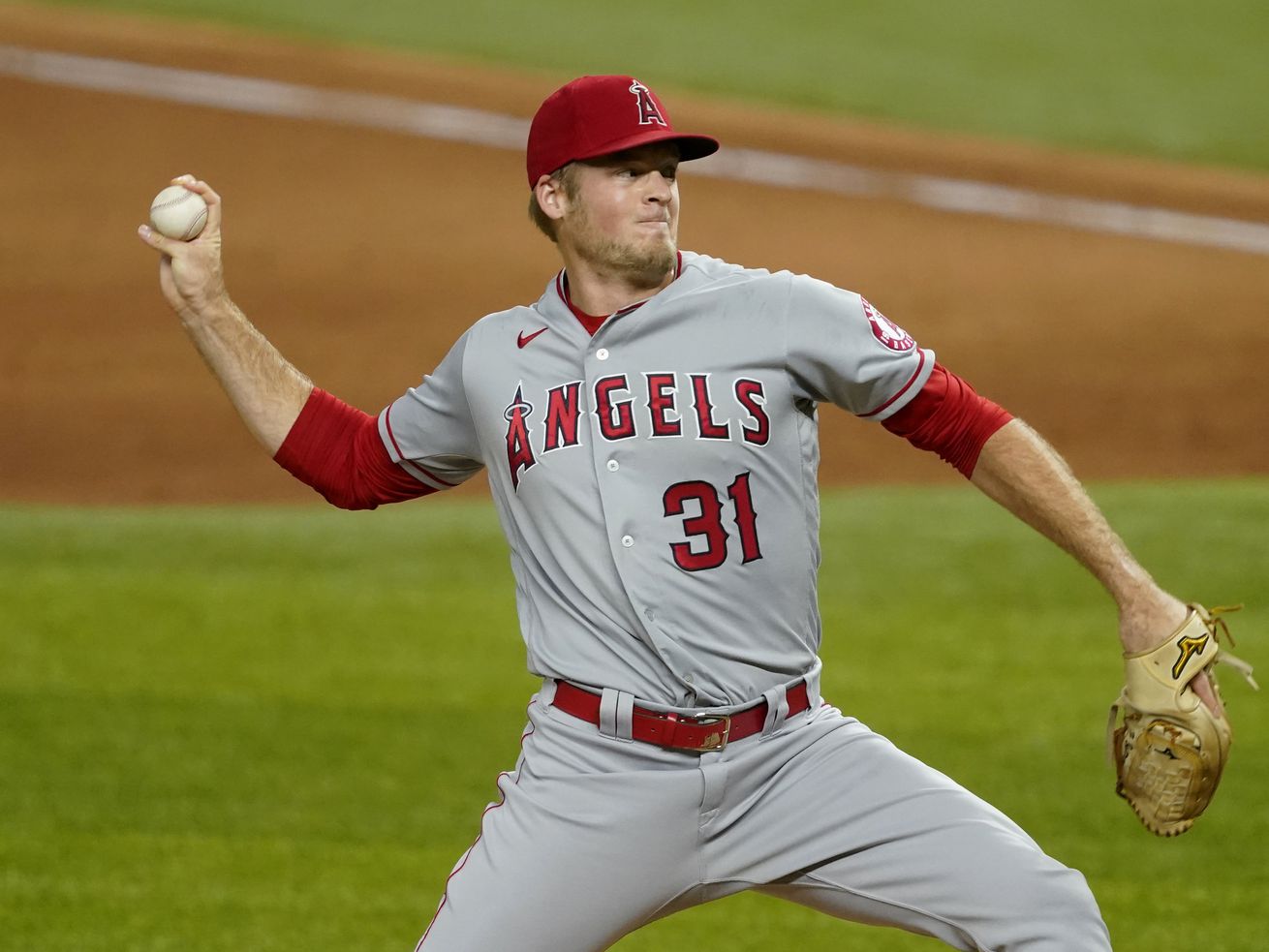 Los Angeles Angels relief pitcher Ty Buttrey throws to a Texas Rangers batter during the ninth inning of a baseball game in Arlington, Texas, on Sept. 10, 2020. Buttrey has retired from baseball, saying he has lost his affection for the game. | Tony Gutierrez, Associated Press

Los Angeles Angeles baseball player Ty Buttrey said over the weekend that he will be leaving the game because he’s lost the love for it.

What did Ty Buttrey say?

“I’m tired of pretending and lying to the best fan base in the world. Life is super simple, find your true passion, find people you love. … People love to have control over others.”
“I just wanted to prove everyone wrong,” he wrote on Instagram Saturday. “As time went on baseball became more of a business and less of a game. I couldn’t help but notice my love and passion for this game started to diminish. I always thought baseball was a cool job. I also knew that same job paid extremely well. What young kid doesn’t want a cool job that pays well?”

Did Joe Madden say anything?

Per ESPN, Angels manager Joe Maddon said that he had not spoken with Buttrey since last week. But he did see the statement on social media.

“I could hear his voice as I’m reading it. He’s a very thoughtful young man, and I understood precisely what he’s talking about,” Maddon said. “If the fun is diminished, don’t do it. I totally agree with that. I think as youth, we’ve all gone through those moments about choosing things that follow your heart, as opposed to not. And so a lot of respect to what he said.
“I’m wishing nothing but the best. I’m looking forward to staying in touch with him and being of help in any way I can.’’

Was Ty Buttrey a good player?