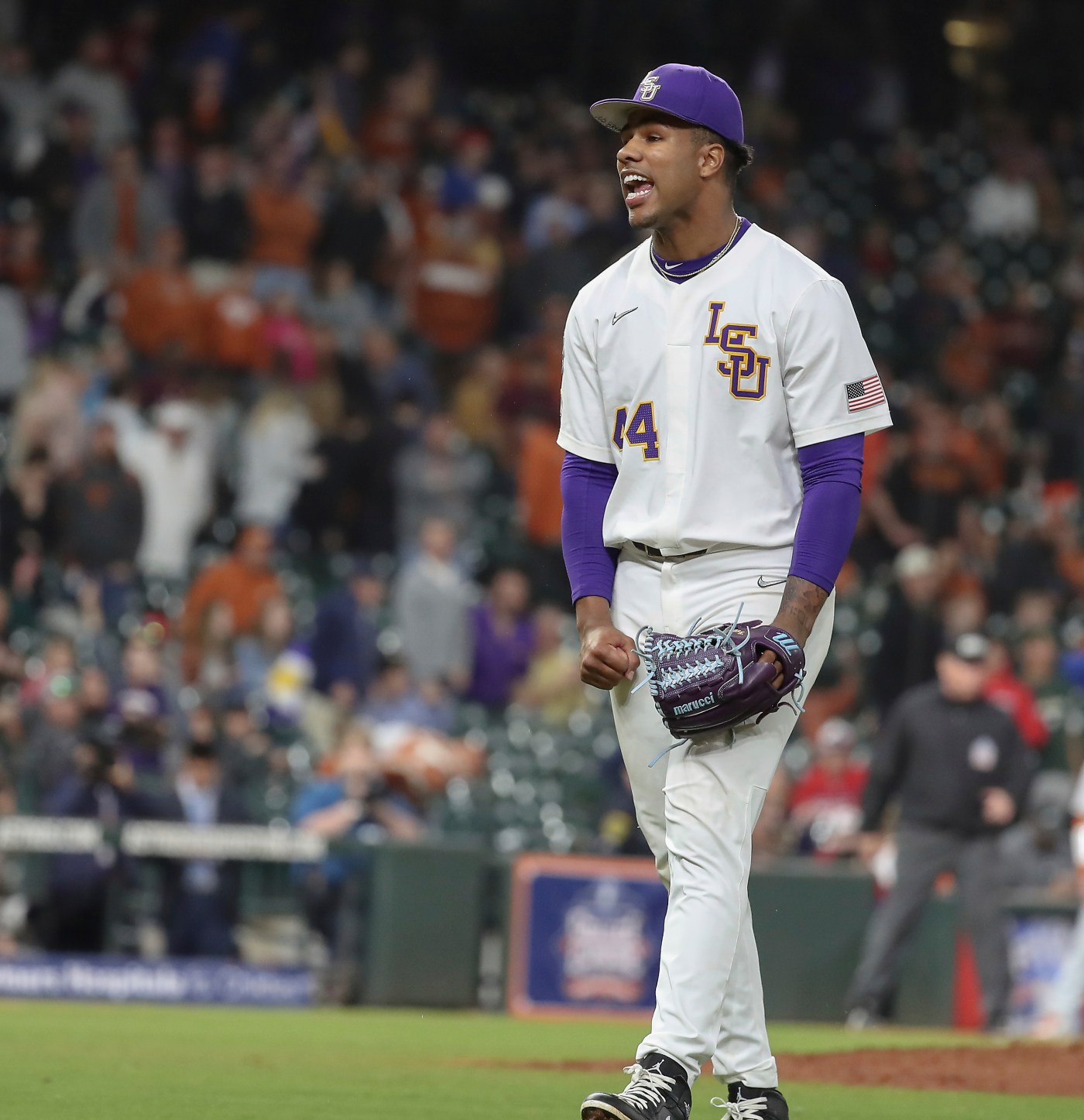 The town of Ashdown, Ark., is roughly 20 minutes to the Texas border and home to approximately 4,500 people. In a small town like Ashdown, social gatherings often revolve around sports, but star athletes are rare.

Standing 6-foot-4 and weighing 235 pounds, Hill caught the eyes of recruiters as a starting point guard, quarterback and pitcher at Ashdown High School. But his high school career ended early after he underwent surgery in May 2019 to remove a screw from a plate in his collarbone from a football injury.

Health issues followed Hill to Louisiana State, where injuries plagued his college career. It was a major reason why the Rockies were able to select him 44th overall in this year’s MLB draft.

“You have to be creative, you have to keep an open mind,” said Marc Gustafson, Rockies’ Senior Director of Scouting Operations. “We had a really good history with Jaden and our area scout, Zack Zulli, so we had a good comfort level that this is a guy let’s take a shot on.”

On Wednesday morning, Hill officially signed with the Rockies for a $1,689,500 signing bonus at the full pick value.

Now he’s ready to prove that the arm trouble that took away different parts of his time at LSU, and led to Tommy John surgery this spring, were just speed bumps on his road to a professional career.

“I’m excited to be here, I’m thankful for the opportunity,” Hill said during a news conference. “This is professional baseball, you have to compete no matter where you are and I’m thankful that the Rockies gave me that opportunity.”

What’s next for Simone Biles? Will she compete again?

Armed with a mid-to-upper 90s fastball and swing-and-miss change-up, Hill was a lock for a top-10 pick prior to this spring.

But early in Hill’s junior season, he had some tightness in his elbow and felt a “pop” when pitching against Vanderbilt. He underwent surgery for a torn ulnar collateral ligament in his right elbow and finished with a 6.67 ERA. Before the injury, Hill was the 8th-ranked prospect in the 2021 class and third pitcher overall, according to Baseball America,

Rockies Mailbag: Colorado at least four or five years away from being a legitimate contender

Connor Joe puts on a show, but Rockies lose to Mariners

Unfazed, Hill knows it’ll be an uphill battle until he returns. He’s in constant contact with Rockies doctors and physical therapists and currently maintaining a workout schedule they’ve prescribed.