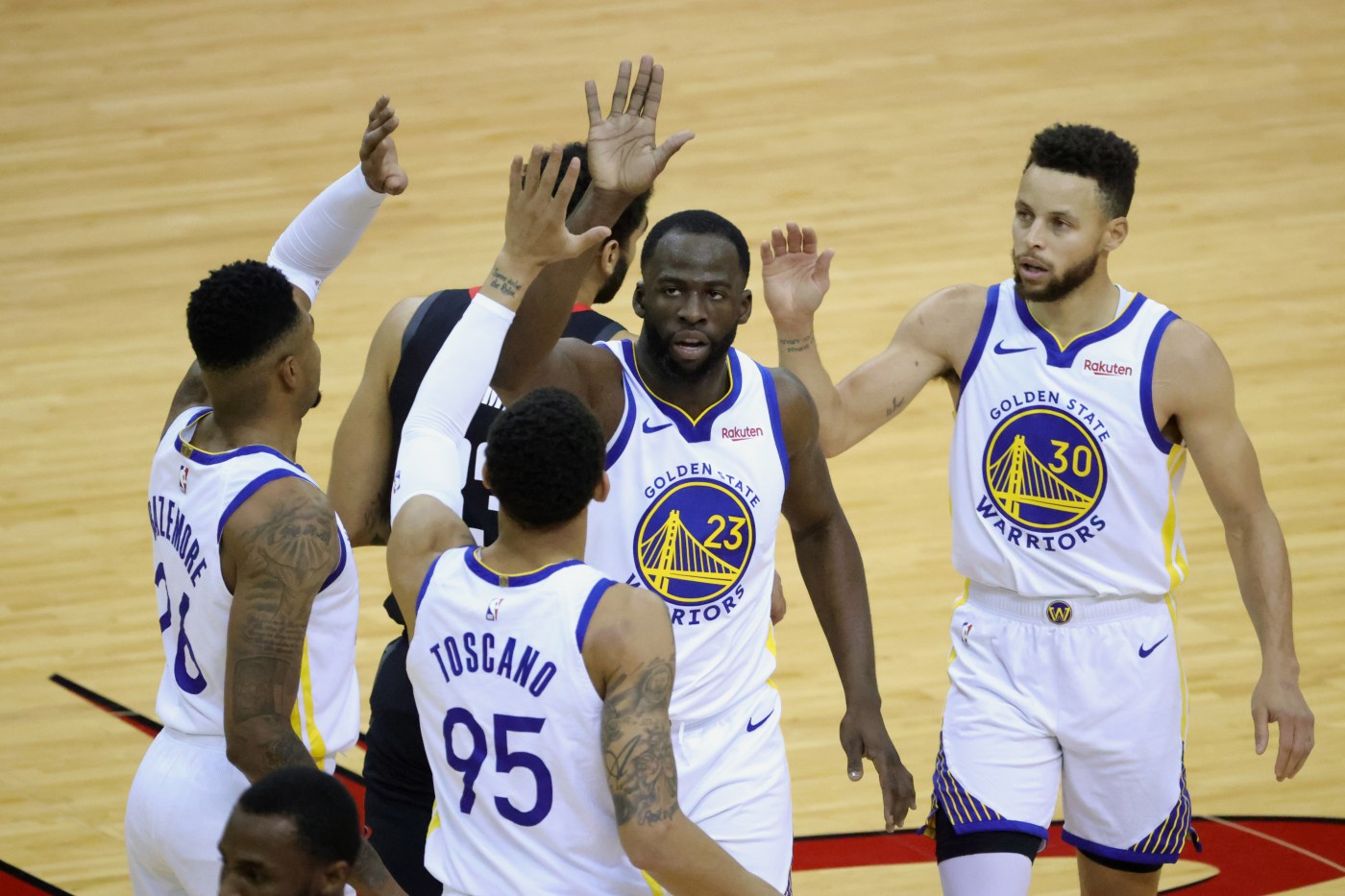 As always, thanks to everyone who asked questions for this week’s mailbag. To submit questions for future mailbags, send them on Twitter (@wcgoldberg) or by email (wgoldberg@bayareanewsgroup.com). Alright, let’s do this.

To return to title contention next season, just gotta add a couple of veterans next season. You keep Kelly Oubre Jr., Jordan Poole, Juan Toscano-Anderson and Eric Paschall as some of the bench. — David.

This is a good opportunity to look at which players factor into Golden State’s core going forward and how the front office can build around veterans Stephen Curry, Klay Thompson, Andrew Wiggins and Draymond Green.

As far as I’m concerned, three players proved they can be part of the Warriors’ rotation next season: Kevon Looney (healthy and quietly and having the best regular season of his career), Poole (can function as the bench’s lead scorer for stretches) and Toscano-Anderson (high-level feel for the game, plays well alongside core players, 35 stitches). So the front office can confidently pencil in those seven.

What the Warriors do with the rest of the roster is up in the air. James Wiseman flashed enough potential as a rookie, but his development has been stalled after his meniscus injury. Can he be a contributing member of a playoff team next season? (More on this later.)

Kelly Oubre Jr. thrived as a sixth man before his wrist injury, but will be a free agent, isn’t an ideal fit and may not be motivated to return to a bench role. Even if Golden State re-signs him, Oubre may not be a long-term answer and, just as he did in March, could face questions around next season’s trade deadline.

Among the other free-agent guards — Kent Bazemore, Damion Lee and Mychal Mulder — it’s unlikely that all three return. Depending on what happens with Oubre (and if second-round pick Justinian Jessup comes over from the NBL), the Warriors could bring back just one. The bet here is on Bazemore, who plays well within Steve Kerr’s motion offense and defends with the most consistent effort. If Lee is open to taking the minimum to stay in the Bay Area, he could return to a spot at the end of the bench.

Then there’s Eric Paschall and Nico Mannion, each of whom fell out of Kerr’s rotation even before Pascall suffered a hip injury last month. Mannion will be a free agent and it appears the team has cooled on his long-term outlook after he failed to make much of an impact in 26 games.

Paschall’s status is tricker. He’s under contract for $1.7 million next season but may not have a role to play. He thrived as a small-ball center early, but his performance waned as the season went on. His outside shot has yet to come around, and he struggles to defend in space. Toscano-Anderson has moved ahead of him in the power rankings of Golden State’s 6-foot-6 forwards. Even if the front office decided to move on, Paschall won’t have much trade value outside of …read more