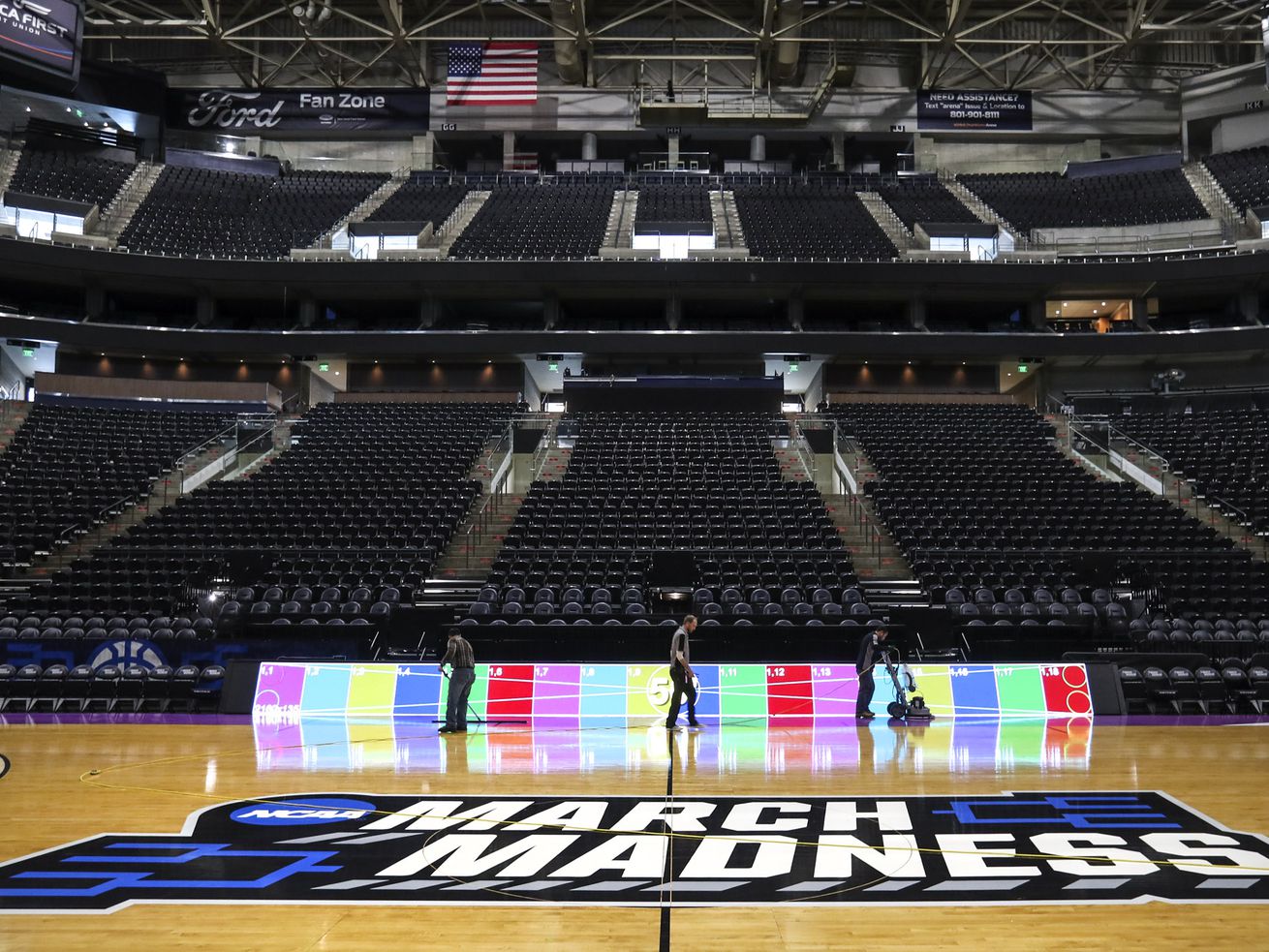 An NCAA March Madness basketball court is installed in Vivint Smart Home Arena in Salt Lake City on Monday, March 18, 2019. The Arena will host the first round of the tournament this weekend. | Steve Griffin, Deseret News

Salt Lake City has recently been a regular host of the first and second rounds of the NCAA men’s basketball tournament at Vivint Arena, and that will once again happen in 2024.

The NCAA on Wednesday announced host sites for a whopping 450 championships across many sports that will be held from 2022-2026, and the Utah Jazz’s home arena once again will be in the rotation (the University of Utah is considered the NCAA’s “host member”).

Vivint Arena last hosted first and second-round games of the men’s tournament in 2019.

It was also announced Wednesday that the Huntsman Center on Utah’s campus will host a gymnastics championships regional in 2025. Nine teams will participate in that event, which will occur over the course of three days, with the top two teams advancing to the national semifinals.