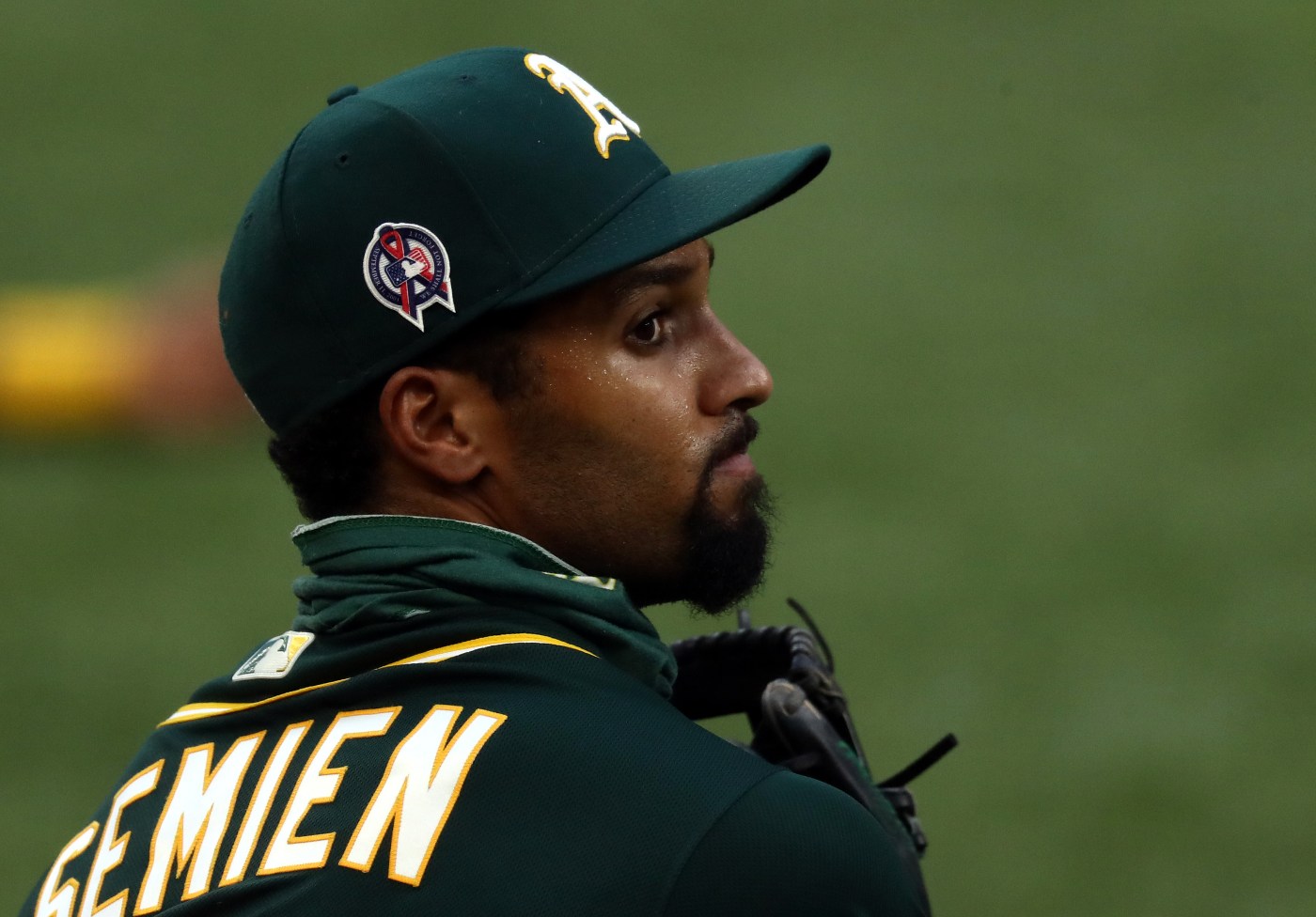 Monday’s game at the Oakland Coliseum will look a little different for Tracy White. Mom to Marcus Semien, she’d grown accustomed to wearing her green and gold Semien shirt in the family section at the old ballpark.

For the Oakland A’s four-game series against the Toronto Blue Jays this week, White will be donning her brand new Toronto-blue and white shirt with “Semien” emblazoned on the back.

“Can I even wear this shirt?” White said. “Doesn’t feel right not to wear an A’s shirt, but I have to.”

This year has been full of changes for the Semien family. White and her husband, Elgin, and Semien’s grandparents and sister, among other family and friends, will be at the Coliseum for the first time since 2019. Semien, this time, will take second base instead of shortstop. And he’ll be on the visiting Blue Jays team, not the home team.

Post-game bonding time will be a little different, too. White would see Semien and his family at least once a week. Now that Semien is with the Blue Jays on the other side of the country White is lucky to get a FaceTime in with him, her daughter-in-law Tarah Murray and three grandchildren, Isaiah, Joshua and Eli. The Semien family are based in Dunedin, Fla., near the spring training facility the Blue Jays have converted to their home stadium for the regular season due to COVID restrictions in Canada.

“This is the longest I’ve gone without seeing him in more than six years,” White said.

Semien’s entire family plans to be at the Coliseum for all four games. Though with MLB’s COVID protocols and the three night games don’t allow much free time for players, the kind of quality time they’re used to might not come easy. At least, they’re planning a hug. And White is hoping to see her newest grandson, Eli, for the first time since he was first born four months ago.

For the Bay Area natives, barbecues and gatherings were common after weekend games and trips to the Coliseum ritualized during Semien’s six years with the Oakland A’s. During non-pandemic times, White and Semien’s younger sister Chynna Williams would travel to Anaheim and Seattle with the A’s, and every year would venture to Mesa to watch Semien in spring training.

Semien’s time with his hometown team wasn’t taken for granted. His arrival to his hometown team in 2015 in a trade with the Chicago White Sox was a childhood dream realized for Semien and his family. But given the A’s history of letting longtime players go, his departure felt inevitable.

This offseason, Semien signed a one-year, $18 million deal to play second base for the Toronto Blue Jays. Though the A’s publicly made known they wanted to return their hometown hero and 2019 MVP finalist, they couldn’t compete financially. The A’s didn’t extend Semien a qualifying offer, instead offering up a bizarre $12.5 million deal with $10 million deferred with $1 million installments paid over 10 years.

“Well, I mean, we called them,” Semien said this winter of …read more