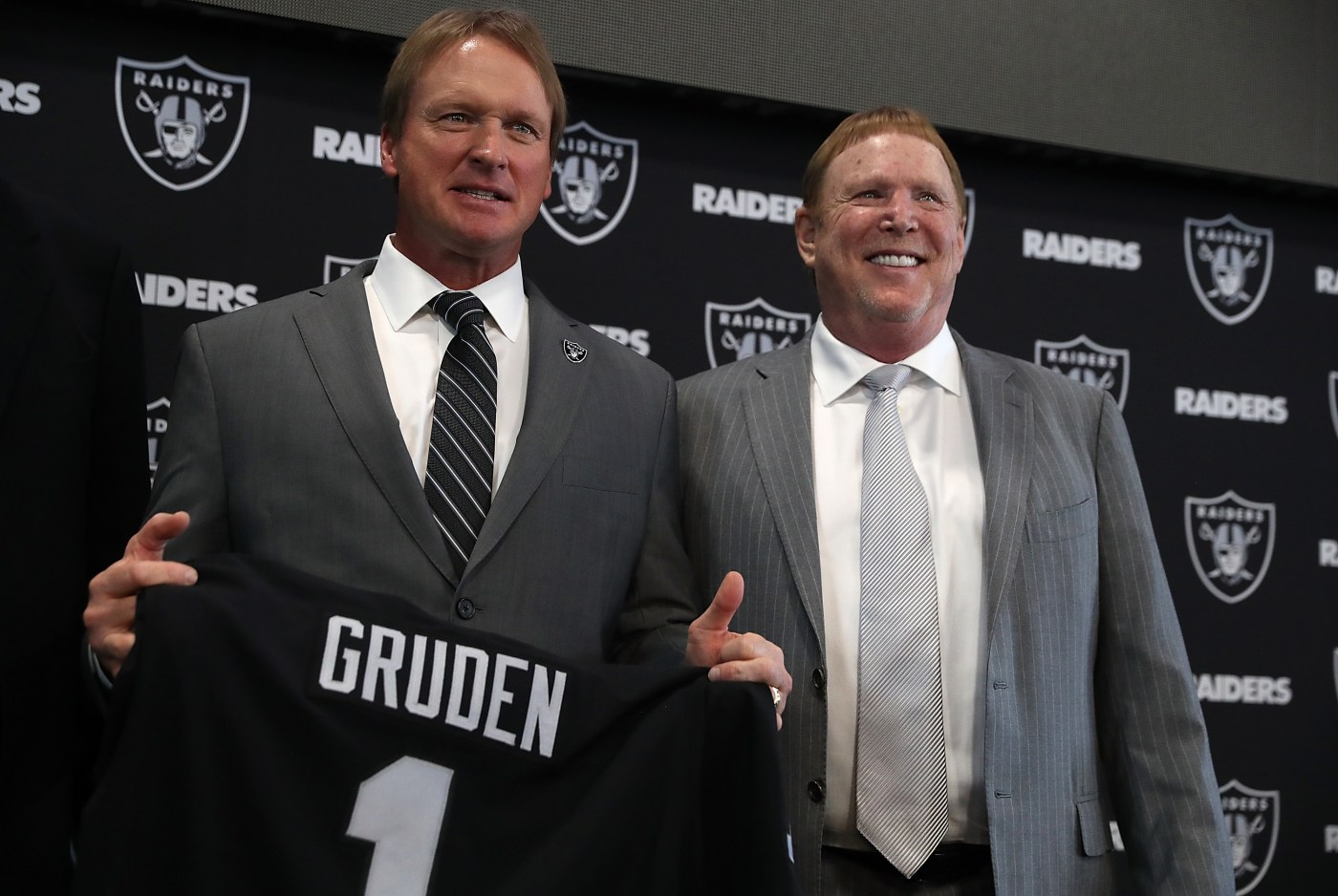 When Jon Gruden returned to the Raiders back in 2018 he was greeted with a pep rally news conference, owner Mark Davis calling it a “dream come true” and the “biggest day of his life.”

There was much less pomp and circumstance surrounding the coach’s rapid departure, with Davis sending out a simple statement: “I have accepted Jon Gruden’s resignation as Head Coach of the Las Vegas Raiders.”

While Gruden was done in by emails he sent in the years before he rejoined the Raiders that the Wall Street Journal and The New York Times reported were filled with racist, homophobic and misogynistic comments, his work on the field never quite lived up to what Davis hoped when he completed his years-long pursuit of the coach of his dreams.

The Raiders had a 22-31 record in three-plus seasons under Gruden, ranking 22nd in winning percentage, last in points allowed and 24th in scoring as his poor personnel moves ultimately sabotaged his coaching record.

The revelations of the emails also brought shame to an organization that prides itself on a history of inclusion which includes refusing to play an exhibition game in the segregated South of the 1960s; the hiring of the second coach of Mexican descent in Tom Flores; and the first Black coach in the modern NFL in Art Shell.

That wasn’t what Davis signed up for after pining for Gruden ever since taking over the Raiders following the death of his father, Hall of Fame owner Al Davis, in 2011. Mark Davis made several trips to Tampa, Florida, to meet with Gruden over the years to get his opinions on the Raiders and gauge his interest in leaving the broadcast booth to return to the sideline.

Another round of conference realignment is reportedly on the way

He finally got the answer he wanted in 2017, leading Davis to fire Jack Del Rio — who led the Raiders to their only playoff berth in the past 18 seasons in 2016 and the only Raiders coach with a winning record since Gruden was traded to Tampa Bay following the 2001 season after turning the Raiders into a contender.

But Gruden’s second tenure never matched the first, when he was the hot-shot offensive guru with the “Chucky” persona who took the Raiders to the AFC title game in his third season and the playoffs again the following year, when they lost in the “Tuck Rule” game at New England.

Gruden was traded to Tampa Bay after that season for a boatload of draft picks and cash, then beat the Raiders in the Super Bowl his first season in 2002.

But he never won another playoff game in 10 seasons as a coach and was unable to turn the Raiders into a contender in his second stint.

Armed with a 10-year contract and total control of personnel, Gruden opted to overhaul the roster rather than retool it with the Raiders only a year removed from a 12-win season.

He traded away the team’s best player, edge rusher Khalil Mack, before the start of his first season for a package that included two first-round …read more