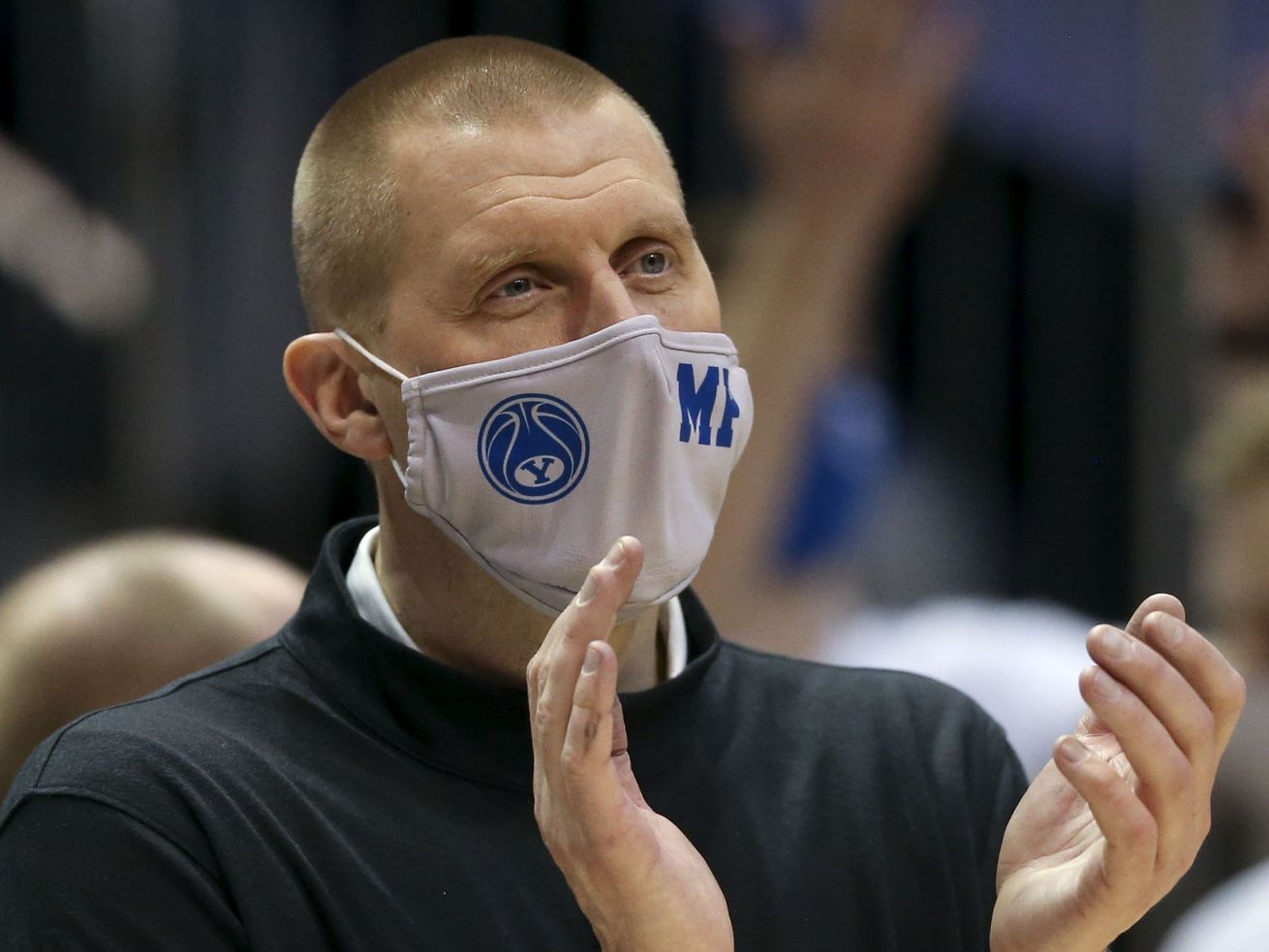 While last year’s team, which posted a 24-8 record, led the nation in 3-point shooting, this year’s squad has capitalized on its size and depth

While last year’s team led the nation in 3-point shooting and posted a 24-8 record, this year’s squad has capitalized on its size and depth.

“Good coaches figure out how best to utilize the talent they have rather than fit their talent into a set system,” said BYU Radio analyst Mark Durrant. “I think coach Pope is doing a good job of identifying strengths and letting the players play.

“A lot of coaches try to put players into a box. Coach Pope is pretty good at letting guys play and letting them get confidence,” he continued. “He builds confidence in his guys and lets them do their thing. He figures out a way to get the best out of them. He’s not married to one particular system.”

How Swede it is: Gabe Landeskog proud to tie Peter Forsberg as Avalanche’s third-leading scorer

“Last year, it was about shooting the 3. You were the best team in the country. You had maybe two of the best ever in BYU history in Jake Toolson and TJ Haws,” Durrant said. “When you’ve got the best 3-point shooting team in the country, you’ve got to take advantage of that. Even when they went inside, it wasn’t to score inside, it was to collapse the defense and kick it out to a 3-point shooter.

“That’s probably how coach Pope would prefer to play — to shoot a lot of 3s because in college basketball it’s such an important shot. Even with this year’s team, you’re winning but it’s harder because you’re getting a lot of 2s and the other teams are getting 3s. So you’re in close games. Last year, it was about getting 3s, getting good looks from 3 and hitting 3s. That’s where their strength was. Even Yoeli (Childs) liked to hit the 3.”

What BYU has lacked in 3-point shooting this season, it compensates with size — including 7-foot-3 Purdue grad transfer Matt Haarms — and depth, despite losing both Gavin Baxter and Wyatt Lowell to season-ending injuries.

Laura Seitz, Deseret News
BYU guard Alex Barcello (13) and Matt Haarms (3) make jokes from the bench as their teammates play against Portland at the Marriott Center in Provo on Thursday, Jan. 21, 2021.

Whereas last year’s team had a tighter rotation, …read more