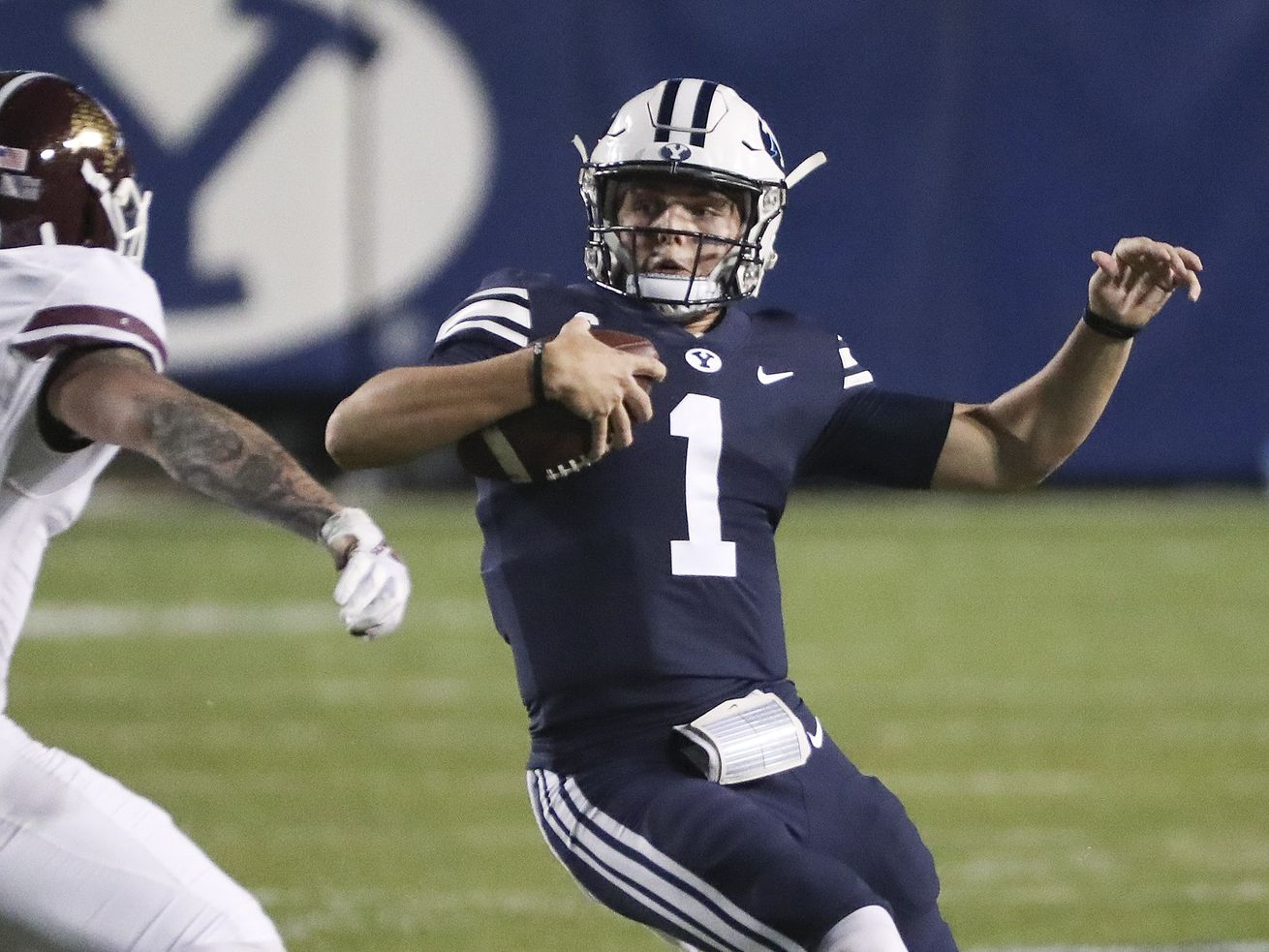 “What a tragedy if BYU football hadn’t had a chance to be what they are right now,” Pope said.

Frequently this fall, BYU basketball coach Mark Pope has vocalized his support of the Cougars football team and marveled at its success this season.

Coach Kalani Sitake’s squad is undefeated (8-0) and currently ranked No. 8 in the country. The Cougars host North Alabama on Saturday.

For the first several weeks of the 2020 season, the Cougars were the only team west of Texas to play games regularly.

“What a tragedy if BYU football hadn’t had a chance to be what they are right now,” Pope said. “Whereas, for whatever reason, everybody else in the western United States kind of backed away, Tom forged forward and said, ‘We’re going to find a way to do this safely for our athletes.’ And they’ve been able to do that. Those athletes have had a chance now to be a top-10 ranked team for the first time in a long time.”

Pope also praised the Cougars football players for showing what they can accomplish, particularly quarterback Zach Wilson, who has earned his way into Heisman Trophy consideration.

“This Zach Wilson, who is having a season of a lifetime right now, has put himself in a position to change his life forever. There’s also a cost to those guys not having a chance to do that,” Pope said. “I’m so grateful for the leadership we have at BYU. What Tom has done is put him in position where there’s an awful lot of universities, especially in the western United States, that are like, ‘Man, those guys are really fortunate and blessed to have Tom Holmoe leading that program and doing it safely and doing it wisely and doing it bravely.’”

Meanwhile, Pope’s team is scheduled to open the season Nov. 25 at home against Westminster. The Cougars have scheduled 11 nonconferences games in a tight window, with six games in the first nine days of the season.

Pope is realistic about the challenge his team is facing this season with so much uncertainty during the pandemic.

“Putting this schedule together, we have to have so many high-quality opponents. It really is terrifying. I look at the schedule and I’m not going to sleep for the next couple of weeks. There’s just no break,” he said. “We just wanted to make sure that our guys had a chance to prove who they were.