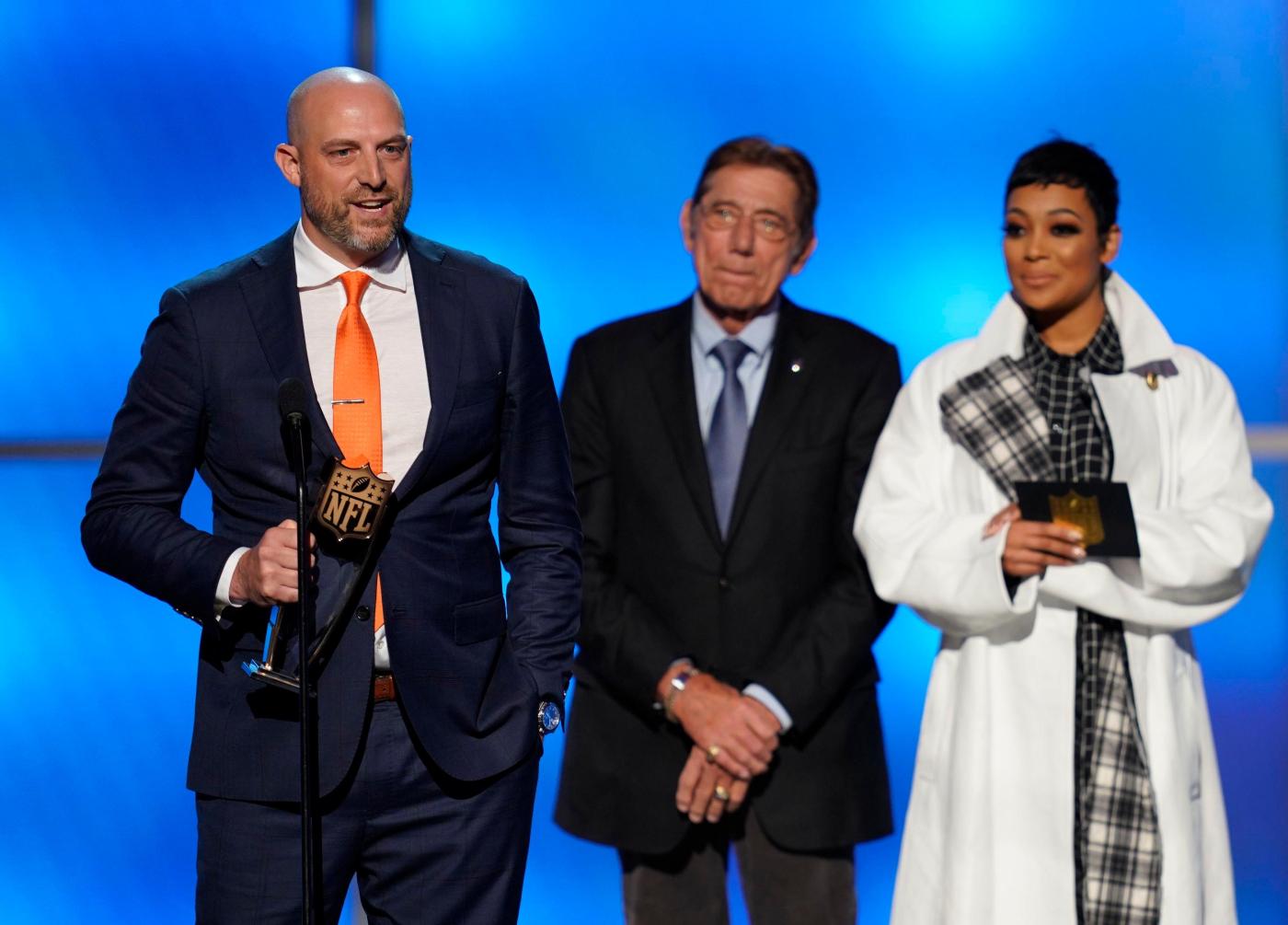 The Chicago Bears hired Matt Nagy in 2018 — and it has been quite the roller coaster since.

The franchise is in the market for a new head coach after firing the former Coach of the Year a day after the 2021 season finale. Here’s a look back at Nagy’s Bears career.

Why did the Bears pick Matt Nagy? He fit the quarterback-centric profile GM Ryan Pace desired as part of his master plan for quarterback Mitch Trubisky to return the team to relevance after four consecutive double-digit-loss seasons.

“Matt’s a proven leader,” Pace said Jan. 9, 2018. “He’s a winner. He’s intelligent. He’s innovative. He has strong character. He has a great family, and he shares the same passion for the game that I have.”

Pace emphasized that Nagy’s leadership qualities superseded his quarterback expertise as the main factor in the decision to hire him for the first head-coaching role of his career. Not that they are entirely separated.

Nagy had never been a head coach, and his NFL play-calling experience was limited to the Kansas City Chiefs’ final five regular-season games in 2018 and their 22-21 home wild-card playoff loss to the Tennessee Titans. Coach Andy Reid turned over play-calling duties to Nagy because the offense was slumping — the Chiefs then averaged 28.6 points per game in the five regular-season games he called. But the Chiefs blew a 21-3 halftime lead in their playoff loss.

Nagy’s debut as Bears coach threw him right into the middle of the NFL’s longest-running rivalry.

But this one stung — and Nagy and fans who were worked into a frenzy for the start of a new era will not forget it anytime soon. They shouldn’t, either, after Randall Cobb scored on a 75-yard touchdown catch and run with 2:13 remaining and the Bears found a new and unusual way to lose to Aaron Rodgers.

The Bears had complete control at Lambeau Field in Nagy’s nationally televised debut. The crowd of 78,282 was lustily booing as the Packers headed to the locker room at halftime. That’s because the Bears led 17-0, their largest halftime lead over the Packers in any game — home or away — since Dec. 7, 1980.

The Bears hadn’t coughed up a lead and choked away a game like that in an awfully long time either. There’s no other way to describe what happened after they went from leading 20-0 late in the third quarter to falling on their face in a 24-23 loss.

“We’ve got to really have that finish mentality,” Nagy said. “We can’t talk about it. We’ve got to do it, everybody included.”