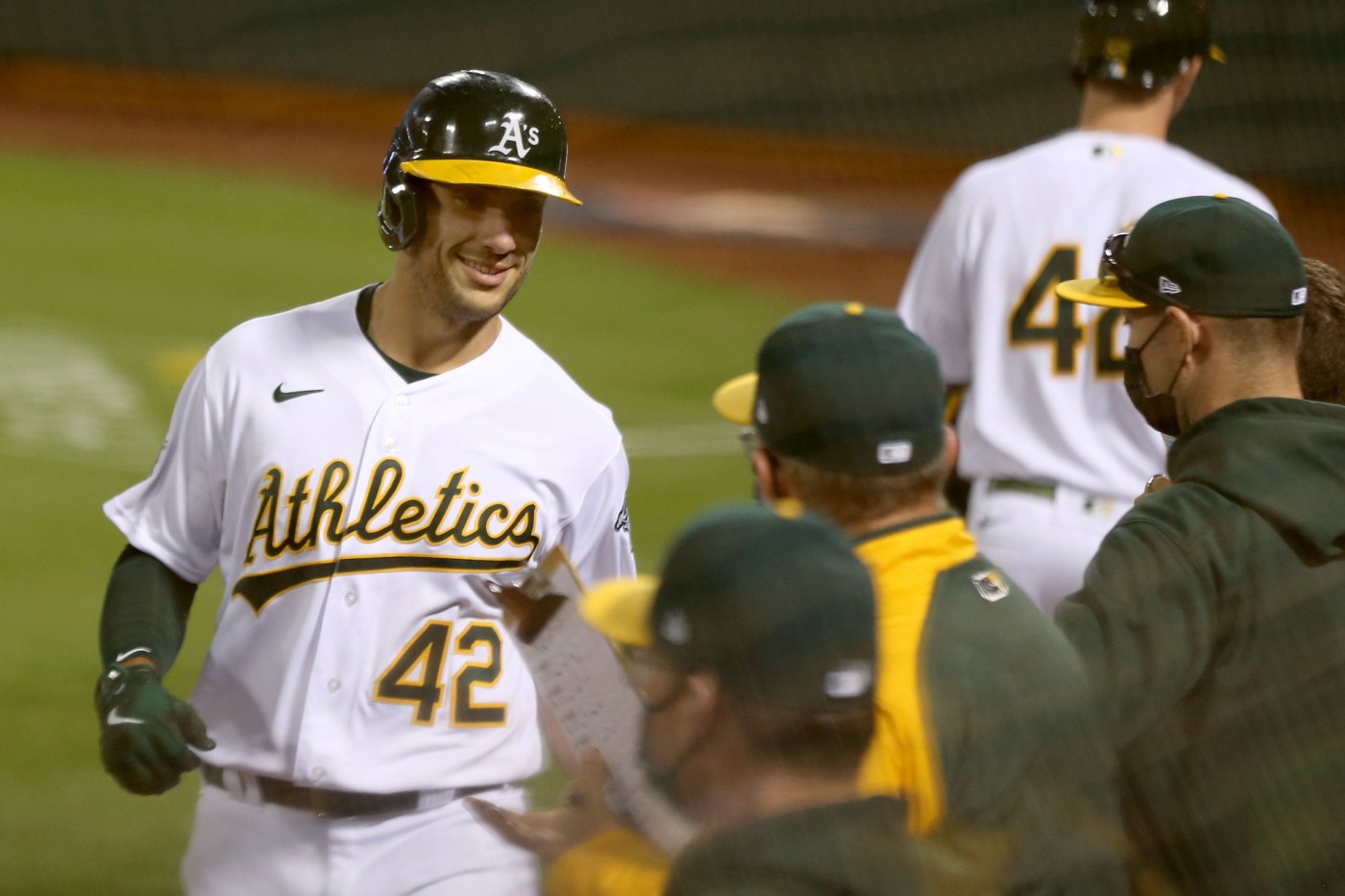 Olson hit a ball that ricocheted off the L-screen in the batting cage and hit him in the eye. Olson had X-rays, and it’s unclear how long Olson will be out. But Melvin said his eye was “swollen pretty good.”

Mitch Moreland replaced Olson at first base for Thursday’s game against flame-throwing left-handed starter Shane McLanahan, who made his MLB debut. Catcher Sean Murphy moved into the cleanup spot.

Olson is having a strong start to the season, leading the team with a .296 average and six home runs and a .943 OPS ranked 11th among American League hitters. But the left-handed hitting slugger has struggled during this road trip to Baltimore and Tampa, batting .192 in six games.

Melvin also announced that Mike Fiers will make his 2021 debut on Friday when the A’s return to Oakland for a four-game series against the Baltimore Orioles. Fiers missed all of spring training with a back and side injury that required an MRI.

The 35-year-old starter was reinstated off the 10-day IL on Monday, and the A’s optioned left-handed reliever Adam Kolarek to make room on the active roster. Fiers was initially placed in the bullpen, but the A’s decided it wasn’t a good fit. He didn’t make a relief appearance. Fiers had a 4.58 ERA over 11 starts in the shortened 2020 season.

“We want to start him, we are in a 17-game stretch and he is a starter so it wasn’t a great fit for him to be in the bullpen and we will get him back to doing what he normally does,” Melvin said on Thursday.

Oakland A’s struggle at the plate, come up short in road loss to Rays

“It hurts” not having spot in A’s rotation, but Fiers understands new role

For now, the A’s will have a six-man rotation. The rest of the starters will be pushed back a day on regular turn and the A’s will re-evaluate how the rotation will turn moving forward. Cole Irvin, initially slated as a seat-warmer of sorts for Fiers, has been pitching too well to replace in the rotation. The left-handed starter is coming off a six-inning, two-run, eight-strikeout outing against the Rays on Wednesday.

“We’ll re-evaluate after how everybody pitches,” Melvin said.