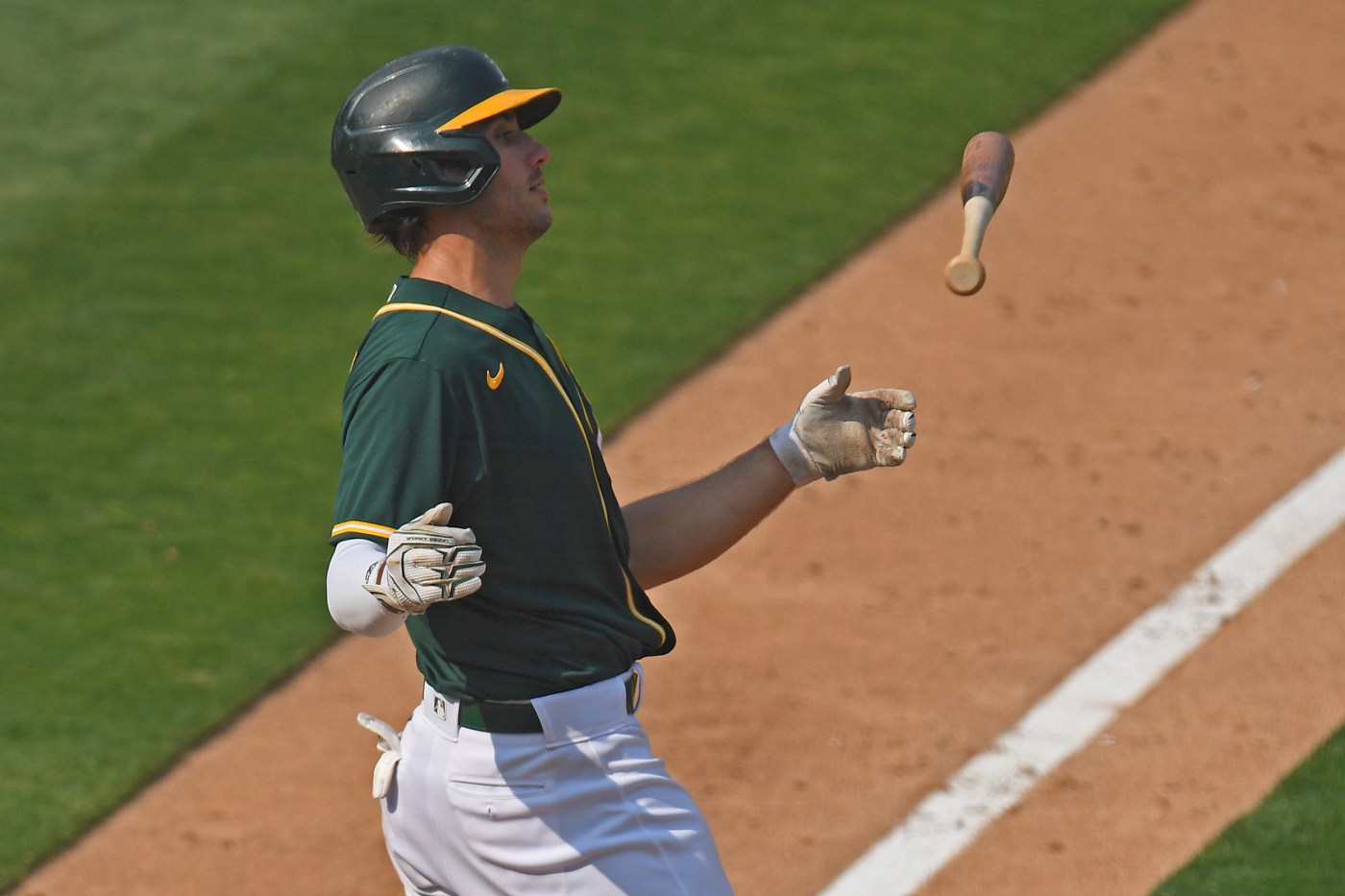 Matt Olson turned the A’s unplanned, stressful five-day layoff in Houston into an opportunity to resent his mind. An All-Star break without any of the tradition, but the time allotted to flush away a rough first half.

“I wanted to leave what happened in that first half behind me,” Olson said on a call with reporters Monday. “Was able to have some time to reflect. Just because it didn’t go as planned didn’t mean that the season’s over.

“We have a good record, and plan on making a run to the playoffs. I didn’t want to throw the season away. Hit the reset button and come out here and try to produce.”

Olson’s tumultuous start to the season is best characterized by the .169 average he held through Aug. 29. His eye was there: he led the team with 22 walks. His power was there: he led the team with 10 home runs — including a seven home run streak. But he was falling into a three true outcome trap, which isn’t a bad thing, per se, but a trap nonetheless. By Aug. 16, most of his at bats resulted in either a walk (10%), a strikeout (22%) or a home run (5%).

As of Monday, 50% of his at bats resulted in either a walk, strikeout or home run, which is the sixth highest among all players, per Graduate Baseball Studies.

‘We want to increase the gap between us and Houston:’ A’s start five-game series on right foot, shut out Astros

Real Salt Lake anxious to dust itself off, move on from worst home loss in franchise history

A’s bats wake from slumber in win over Padres; Manaea has ‘best outing of the year’

He wanted to diversify his portfolio to be more productive at the plate. Olson identified a few mechanical kinks he could iron out. He found he was holding too much tension in his shoulders and upper body. He made a conscious effort to feel his hands more.

“When things go bad, I start thinking about stuff, sometimes you get a little tight,” Olson said. “Still working on it, but I think being relaxed and loose helps me.”

Olson’s stance, his grip on the bat, is naturally loose despite his lumbering presence over the plate. Feeling looser in body and mind, Olson is starting to find more holes. In three games since the A’s returned to action, he’s batting .556 …read more