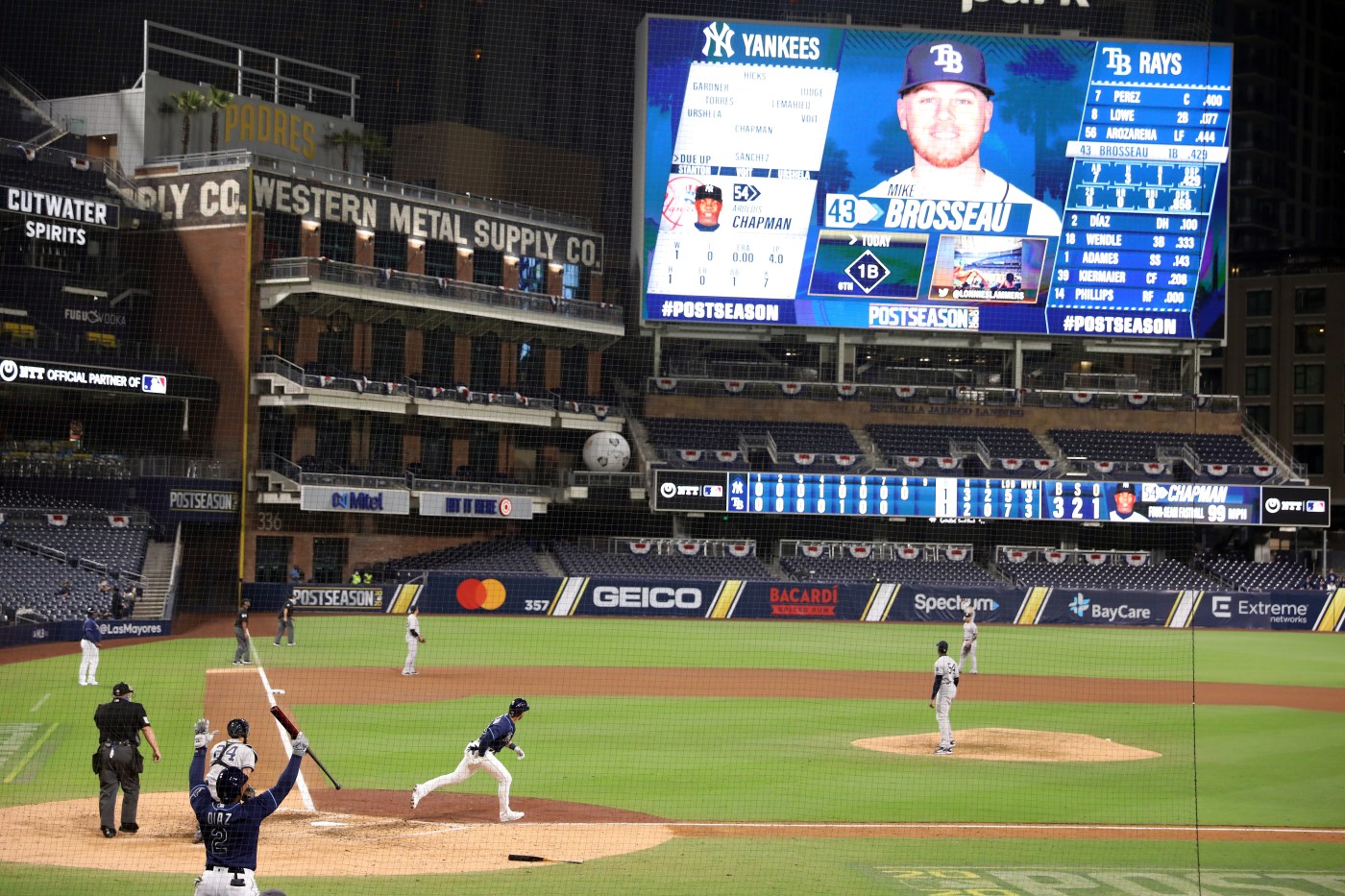 SAN DIEGO — Mike Brosseau homered off Aroldis Chapman with one out in the eighth inning and the Tampa Bay Rays beat the New York Yankees 2-1 Friday night to reach the AL Championship Series for the first time in 12 seasons.

The first career postseason homer for the 26-year-old utilityman came after a 10-pitch at-bat against the Yankees’ vaunted, hard-throwing closer, who entered the game in the seventh inning. Brosseau drove a 100 mph fastball into the left field seats at Petco Park for just the third hit for the Rays.

The Rays won the AL Division Series 3-2 and will stay in San Diego to face the Houston Astros in the AL Championship Series starting Sunday night. The Rays are in the ALCS for the first time since 2008, when they beat the Boston Red Sox in seven games. They lost to the Philadelphia Phillies.

Brosseau and Chapman have a history this season: Chapman threw a 101 mph fastball near Brosseau’s head Sept. 1 in the ninth inning of the Rays’ 5-3 victory. Chapman likely had nothing against Brosseau personally, but the pitch was an apparent escalation of a feud between the AL East rivals, and it prompted Tampa Bay manager Kevin Cash’s infamous declaration that he has “a whole damn stable full of guys that throw 98 miles an hour.”

All-Star Austin Meadows also homered for the Rays, connecting off ace Gerrit Cole in the fifth. Aaron Judge tried to make a leaping catch but jammed his head into a padded overhang.

Judged homered in the fourth.

Cole, starting on short rest for the first time in his major league career, struck out nine in 5 1/3 innings.