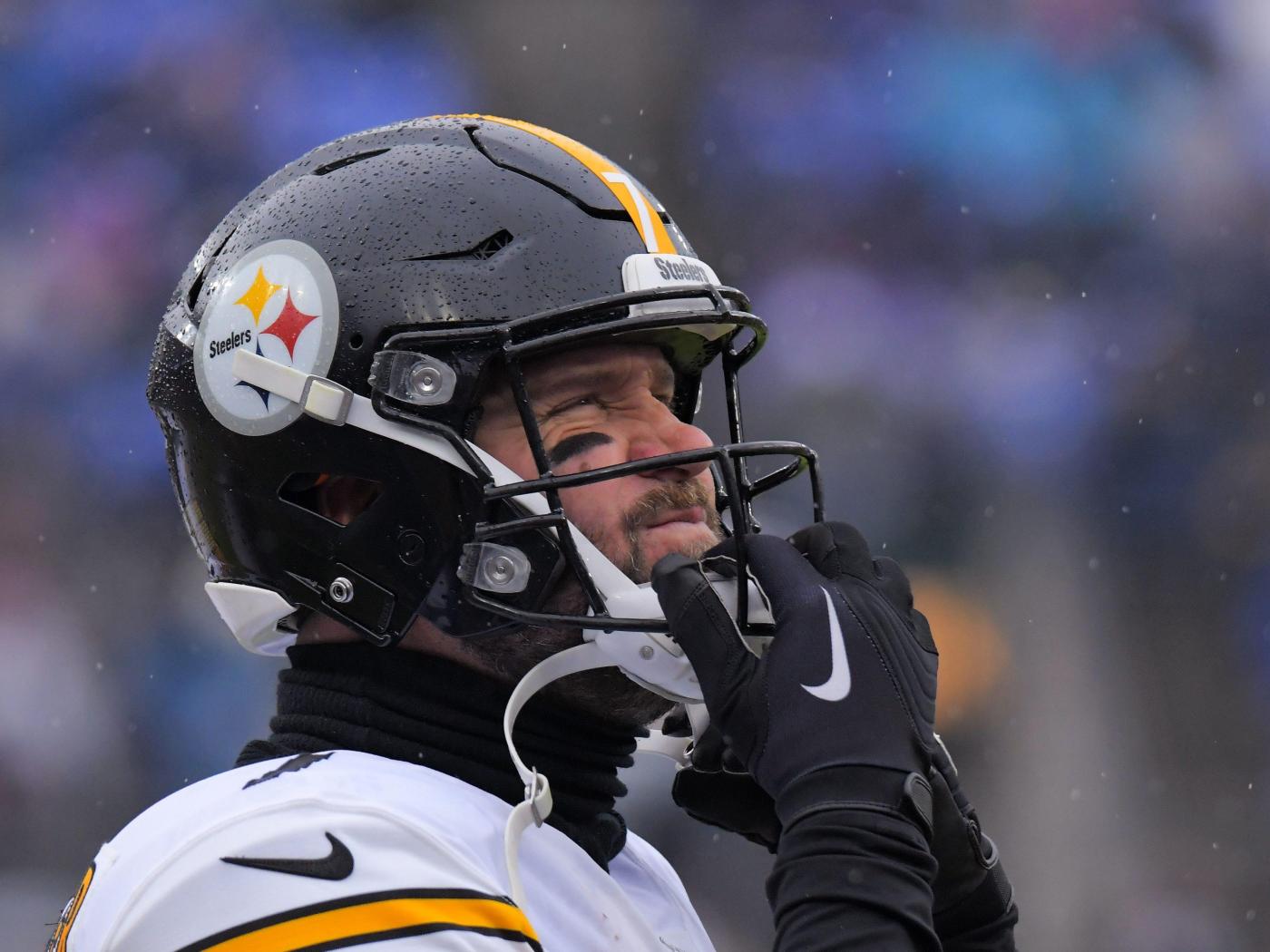 It’s fitting that the last true remaining iconic player of this series led the Pittsburgh Steelers to victory Sunday.

Love him or hate him, but Steelers quarterback Ben Roethlisberger is a Ravens killer.

All the other top cast members have retired, such as Pittsburgh’s Plaxico Burress, Jerome Bettis, Joey Porter and Baltimore’s favorite No. 1 villain, Hines Ward. Gone on the Ravens’ side are Shannon Sharpe, Bart Scott, Ray Lewis, Ed Reed and Terrell Suggs.

Big Ben is still around. I know what you’re thinking. Why couldn’t he have left with the rest of the characters?

At age 38, Roethlisberger has been chastised so much this season for being too old and having lost his arm strength. Years ago, the Steelers went to a quick-strike offense so he didn’t have to take any additional punishment. It didn’t appear Pittsburgh would be a playoff-caliber team until Roethlisberger retired.

Even if they get into the postseason, Pittsburgh isn’t going far. But guess who got eliminated Sunday?

Including the playoffs, Roethlisberger is 19-11 against the Ravens and 17-10 in the regular season. He has orchestrated 11-game-winning drives against Baltimore, including the 15-play, 65-yard march that ended with a game-winning 36-yard field goal from Chris Boswell in overtime.

The worst part is that Roethlisberger was so ineffective for most of the game. Either he zigged when his receivers should have zagged or sometimes he just threw passes into the ground short of the intended target. Maybe some of it can be blamed on rain-soaked footballs, but Roethlisberger has thrown a lot of bad passes this season.

Alijah Vera-Tucker came at a high price, but it may have been worth it

But in crunch-time, he is right up there with Tampa Bay’s Tom Brady and Green Bay’s Aaron Rodgers. He’s like the pizza man, because he always delivers.

With the Ravens up 10-6, Roethlisberger led the Steelers on a 10-play, 50-yard drive that ended with a 6-yard touchdown pass to Chase Claypool with 2:54 left in regulation. The pass to Claypool was a beauty, a quick dart on a slant in which Roethlisberger quickly shifted his feet and threw an accurate pass.

The fourth-down conversion was just as good because Roethlisberger put touch on the pass, almost like a shot put. The Ravens played man-to-man and zone, but they had no answers for him.

“He made a couple plays against man coverage, I think, [in] critical situations that were key,” Ravens coach John Harbaugh said. “Then when he made the last one, he found it against zone [coverage]. He just made some throws, and they made some catches in critical situations.”

Roethlisberger was only 8-for-15 …read more