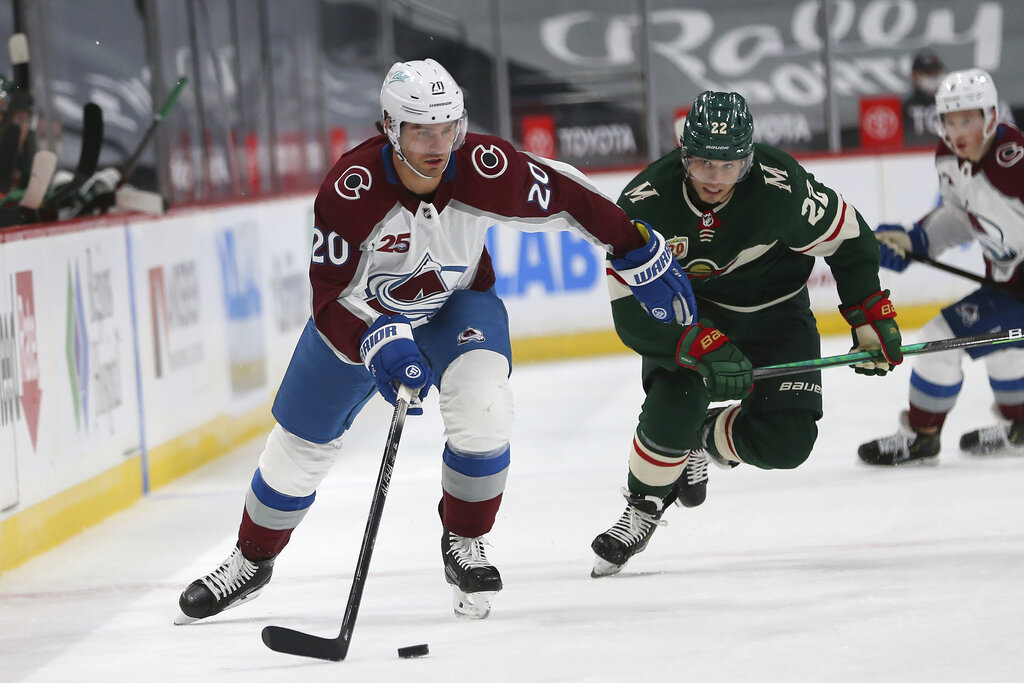 Avalanche goalie Philipp Grubauer, the NHL leader in goals-against average, wins and shutouts, didn’t look like himself Wednesday. And his teammates weren’t any better.

Chalk it up to a shoddy performance from a previously red-hot team that hadn’t lost in regulation in its previous 15 games (13-0-2).

Too many penalties and defensive-end turnovers and not enough saves from Grubauer led to an 8-3 loss to the Minnesota Wild at the Xcel Energy Center in the rivals’ eighth and final regular-season meeting. The West Division-leading Avs (26-9-4), who had outscored the Wild 16-5 in winning the three previous games, finished 5-2-1 in the series.

Grubauer was pulled for backup Jonas Johansson after the Wild’s Joel Eriksson Ek scored at 7:18 of the third period to make it 7-3. Fiala completed his hat trick just 38 seconds later.

The loss ended Colorado’s five-game winning streak and prevented it from tying a club record with 16 consecutive games with a point. The Avs entered the game a league-best 17-2-3 in their last 22 games.

The Avalanche trailed 5-3 after two periods despite allowing just 13 Wild shots. Kaprizov had three of them and two found the back of the net behind Grubauer. Both came while Avs superstar center Nathan MacKinnon was in the penalty box for hooking and slashing, and they were timely goals.

Balanced scoring “huge” for Avalanche during month without regulation defeat

The first one gave the Wild a 1-0 lead at 4:00 of the first period and the second at 13:38 of the second period came less than four minutes after Colorado got within 4-3. Kaprizov’s second goal was Minnesota’s third shot of the period and it stalled the Avs’ massive momentum, as they outshot the Wild 11-0 to begin the frame.

Another Avalanche momentum stopper was Ryan Hartman’s goal off an ugly defensive-end turnover by Devon Toews early in the second period on the Wild’s first shot of the frame. MacKinnon scored a power-play goal on the first shift of the period but Hartman got the Wild back up by three goals just four …read more