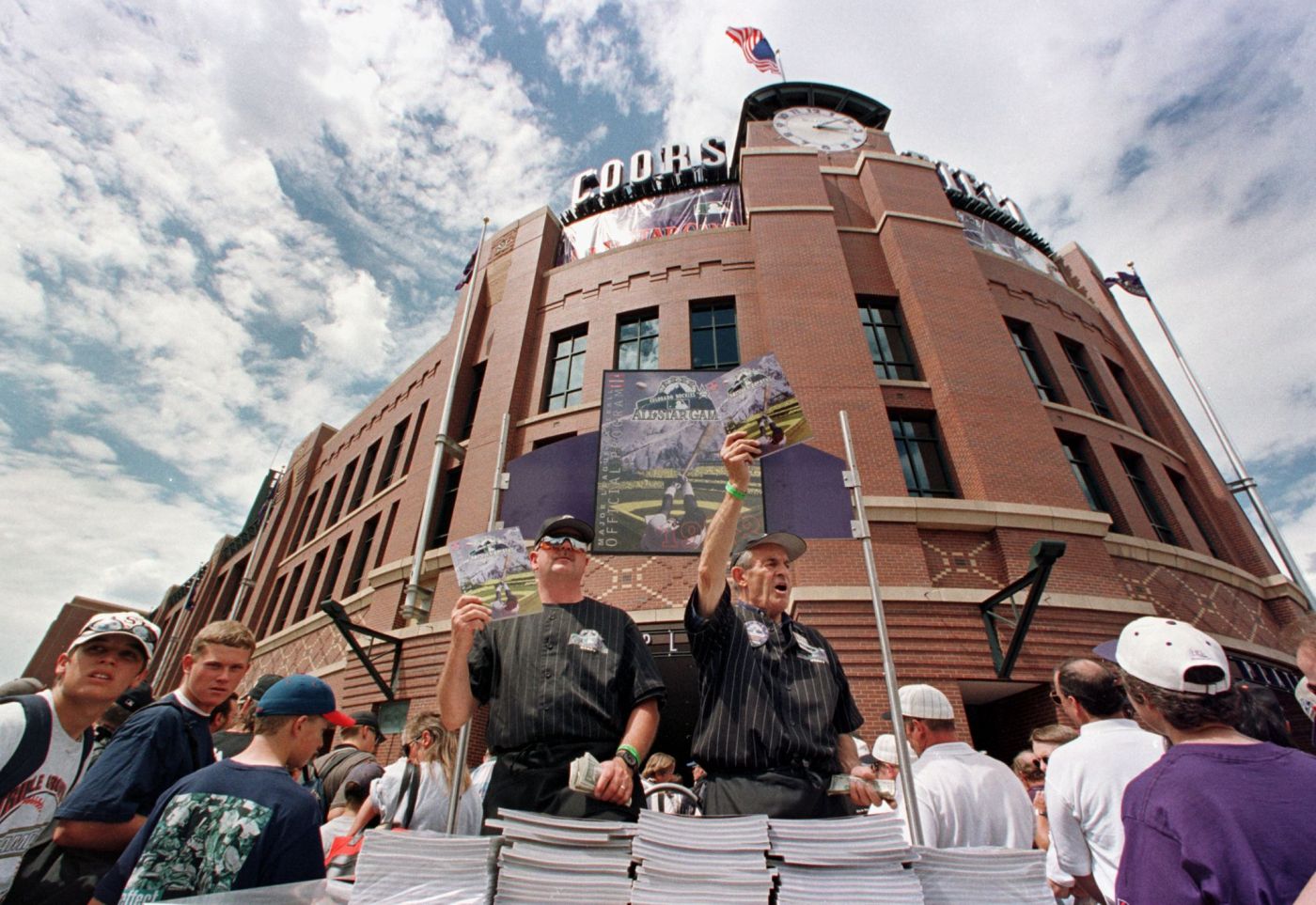 MLB officially announced Tuesday that the Rockies will host the 91st Midsummer Classic on July 13.

As Colorado slowly emerges from the constraints brought on by the coronavirus pandemic, the All-Star Game should help boost the return of vitality and excitement to Lower Downtown.

Monday night, in anticipation of the announcement, Gov. Jared Polis issued a statement, saying, “Like so many Coloradans, I’m excited and hopeful that Major League Baseball makes the best decision and formally chooses to play the 2021 All-Star game in Denver. It would be good for baseball and good for Colorado.”

Denver last hosted the All-Star Game on July 7, 1998, in Coors Field’s fourth year of existence. It was a memorable event. A sold-out crowd of 51,231 saw the American League beat the National League 13-8 in the highest-scoring All-Star Game in history.

The possibility of the All-Star Game’s return to Colorado emerged Friday when MLB announced its intention to move the game in response to a new Georgia voting law that raised concerns among civil groups that it would restrict voting access for people of color. The 2021 MLB draft, a new addition to All-Star Game festivities this year, also was moved from Atlanta.

It’s not known, at this time, how COVID-19 restrictions might affect the All-Star Game and related activities. During the season-opening, four-game homestand against the World Series champion Los Angeles Dodgers, attendance was limited to 21,363 fans, which was 42.6% of the usual capacity of 50,144 fans. Fans were seated in pods, and standing room areas weren’t available.

In 1998, there was a lot of buzz about the All-Star Game being played in Denver’s mile-high altitude — four years before the humidor was installed at Coors Field.

Josh Fuentes out with sore wrist as Rockies’ injuries continue

Austin Gomber, Rockies fall behind early, drop 3 of 4 in series against Dodgers

Seattle’s Ken Griffey Jr., elected to the All-Star Game by collecting the most votes from fans, won a memorable Home Run Derby on the day before the All-Star Game. He hit 19 homers in all, three in the final round to defeat Cleveland’s Jim Thome.

The 1998 Derby marked the first live telecast of the event. Griffey almost didn’t participate, but he was booed in batting practice the day prior and ultimately changed his mind.