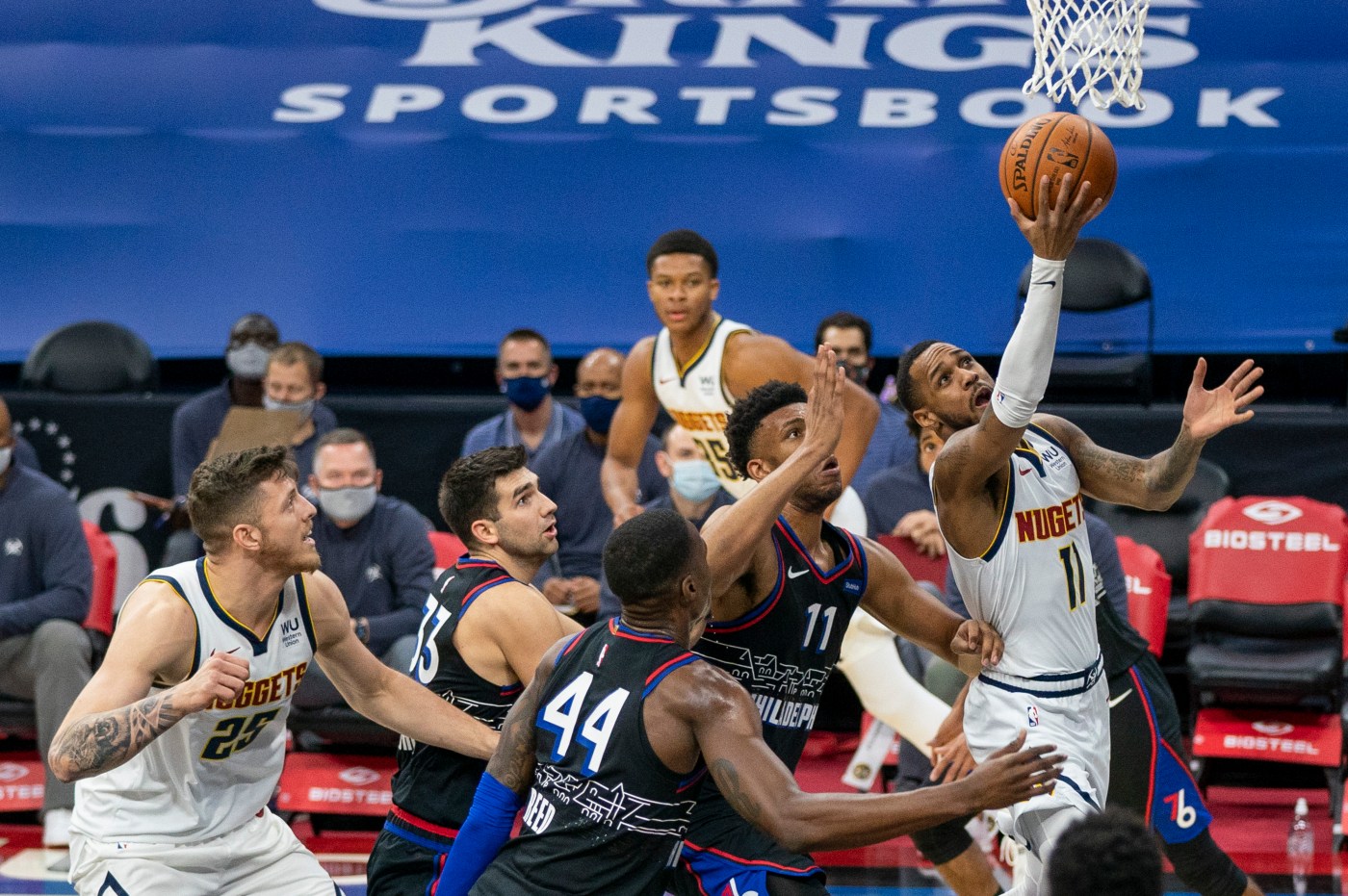 There is a hidden moment before every Nuggets game, away from fans and television cameras, when a group of mostly unsung players gather to share in a common goal.

“We huddle up before the tipoff and just say: ‘Let’s be better than the other team’s bench,’” Nuggets reserve point guard Monte Morris said. “’Let’s go out there and try to bring the energy. If the starter’s start slow, pick them up, and if they start fast, let’s sustain whatever they’ve got going on.’”

Lately, with Denver ripping off four wins in five games, the bench brotherhood has proved especially strong in both production and chemistry, allowing Nikola Jokic to rest the entire fourth quarter in consecutive victories.

It’s no coincidence Morris has been a barometer for Nuggets success. Denver is undefeated (5-0) this season when he posts a positive plus-minus rating, but winless (0-5) when that number dips negative.

Nuggets coach Michael Malone said Morris “is a guy that’s going to run that second unit” with playmaking guards PJ Dozier and Facundo Campazzo, plus length in the frontcourt behind power forward JaMychal Green and center Isaiah Hartenstein. Morris was a spectacular plus-25 in Sunday’s convincing road win at the Knicks, with the entire Denver bench combining for 54 points, 10 assists, 6 steals and 23 rebounds.

“We share the ball and we’re not turning down shots,” Morris said. “I think we’re getting the most out of our possessions. (Coaches) keep preaching to us: ‘If you’re open, let it fly.’ I think we’re just playing with great effort on offense. But on defense, we’re flying around, talking more, and trusting our schemes.”

Kiz vs. Singer: Would you rather have Nikola Jokic or Kevin Durant to start a franchise?

Nuggets coach Michael Malone: We’re a different team when Gary Harris is on

The Nuggets’ recent bench surge is a credit to the front office after offseason acquisitions of Campazzo (Real Madrid), Green (Clippers) and Hartenstein (Rockets). Malone said that “creating on-court chemistry does not happen right away.” But it is clear the Nuggets’ reserves are right on schedule as they travel to face the Nets (5-6) on Tuesday night.

“It allows us to not have to play our starters a ridiculous (number) of minutes,” Malone said. “Everybody that contributed, and got in the game, helped us win. It was fun to watch.”