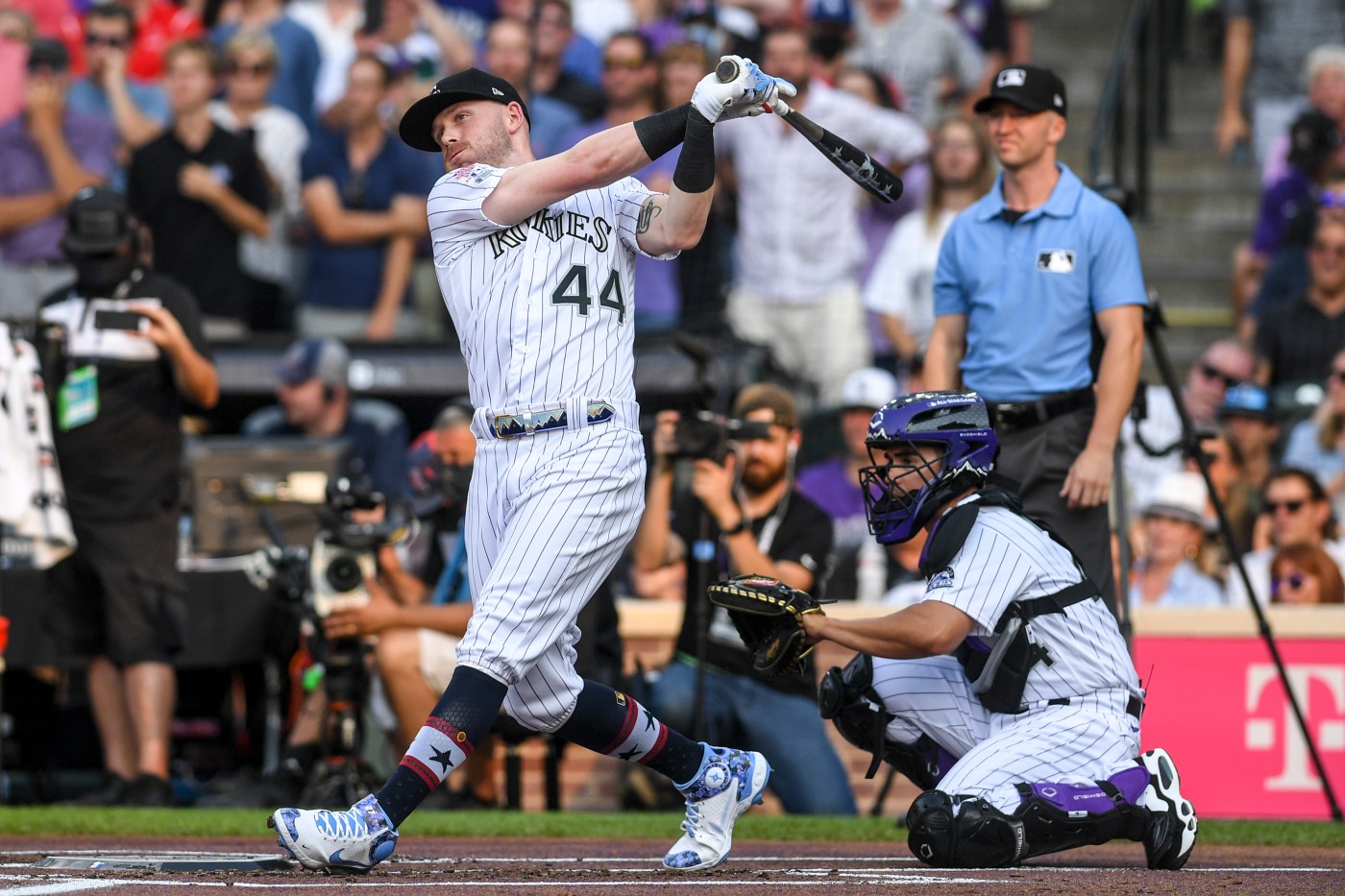 The Trevor Story watch continues as the July 30 trade deadline draws near.

Two sources said Tuesday that six to eight teams have “engaged” the Rockies about a trade for the two-time all-star shortstop. However, interim general manager Bill Schmidt said Tuesday that number is “a little high.”

Schmidt said last week that the Rockies don’t have to trade Story if they are unable to work a fair-value deal for the slugging shortstop.

“Yes, we do have decisions to make, but we don’t have to move players for financial reasons,” Schmidt said. “At the end of the day, it will be about what we can get back. We are not a farm system for other people.”

Story, who’s making $17.5 million this year, is scheduled to become a free agent at the end of this season and there’s every indication he will not consider re-signing with Colorado.

Story said Tuesday that he is, obviously, aware of the trade rumors, but said he doesn’t have any idea which teams might be interested in trading for him.

Story has tried to block out all of the rumors.

“Obviously, I’m aware of the talk, but that’s all out of my control, so it doesn’t do me any good to think about that,” he said. “I’m just concentrating on playing baseball and helping my teammates. I think I have done a pretty good job of not breathing a lot of life into it.”

Still, Story has not put together the kind of season a player of his caliber wants as they head toward free agency. He entered Tuesday night’s game against the Mariners at Coors Field hitting .242 (31 points below his career average), with a .743 OPS and 11 home runs. He’s on pace to hit just 20 home runs, which would be the fewest in his career for a full season.

“I’ve not played my best baseball, not yet,” he said. “But there is still a lot of baseball left to play. We still have over two months. I haven’t felt great, but I’m truly focused on competing when I’m out there.”

Story went on the injured list and missed 11 games in late May and early June with a right elbow strain, and then went 0-for-14 with six strikeouts upon his return. He said the injury was a big hurdle, but added that his elbow is “100% healthy now.”

“I was feeling pretty good before the injury, but that set me back a little bit,” he said. “I’m just getting back into the rhythm and trying to be as consistent as I can. Obviously, my (stats) aren’t what they usually are, but I’m not harping on that. I’m not letting that discourage me. There’s a lot of baseball left.”