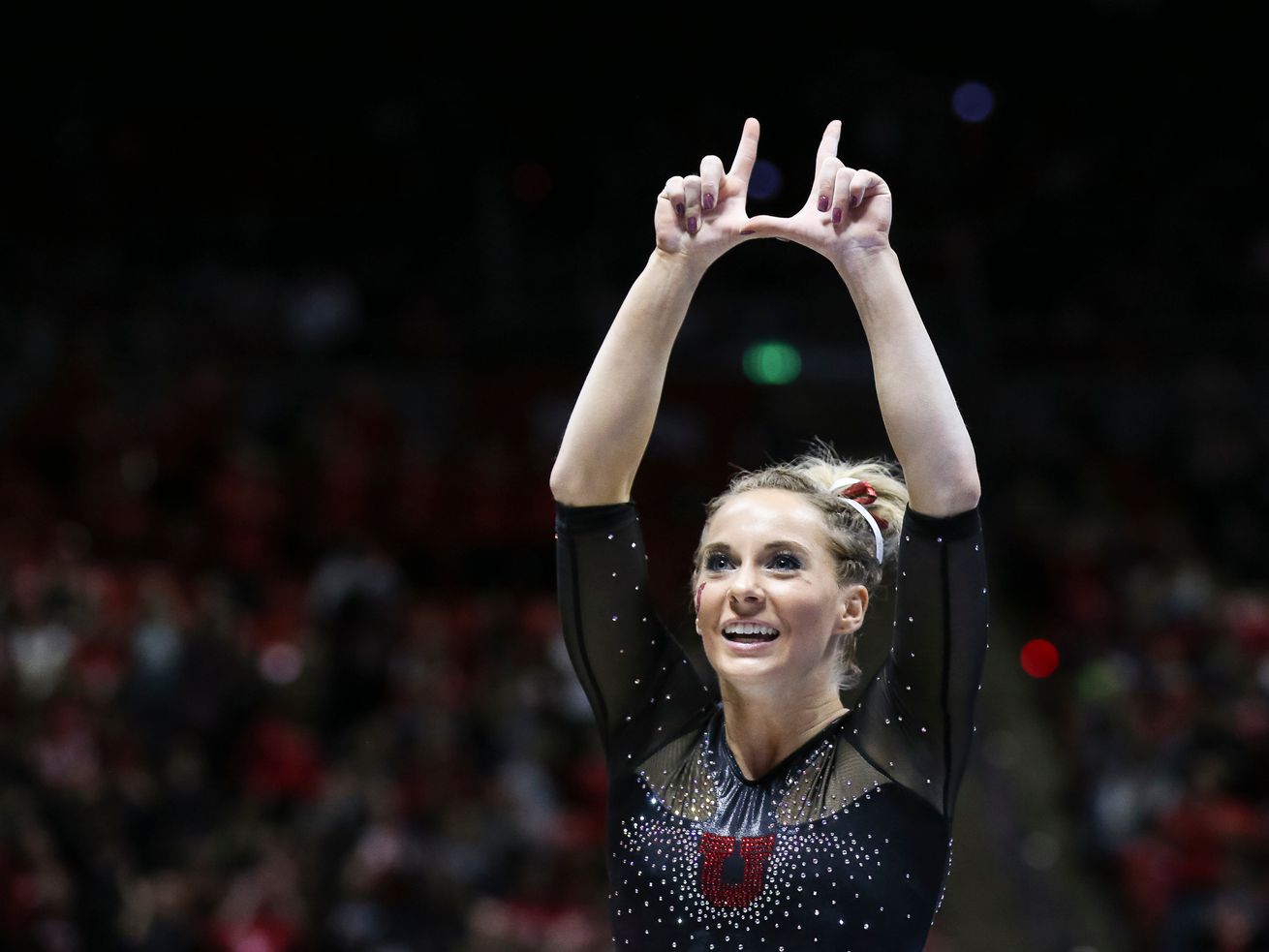 Utah’s MyKayla Skinner flashes the U. after her floor routine during meet against California at the Huntsman Center in Salt Lake City on Saturday, Feb. 4, 2017. | Spenser Heaps, Deseret News

Much has been made over the last 3 1⁄2 weeks about the fact that three of the 10 Team USA gymnasts who were picked to compete at the Olympics in Tokyo, Japan, either have or will compete for the University of Utah.

On Wednesday, two of them posed for a photo “flashing the U,” the well-known hand signal fans of the school make.

In a picture shared by the official Utah Gymnastics Twitter account, MyKayla Skinner and Grace McCallum are seen jointly making the sign. The caption of the photo reads, “Daily reminder to flash the (U)!”

The third Utah gymnast named to the team, Kara Eaker, tested positive for COVID-19 on Monday and her status for the Games is uncertain.