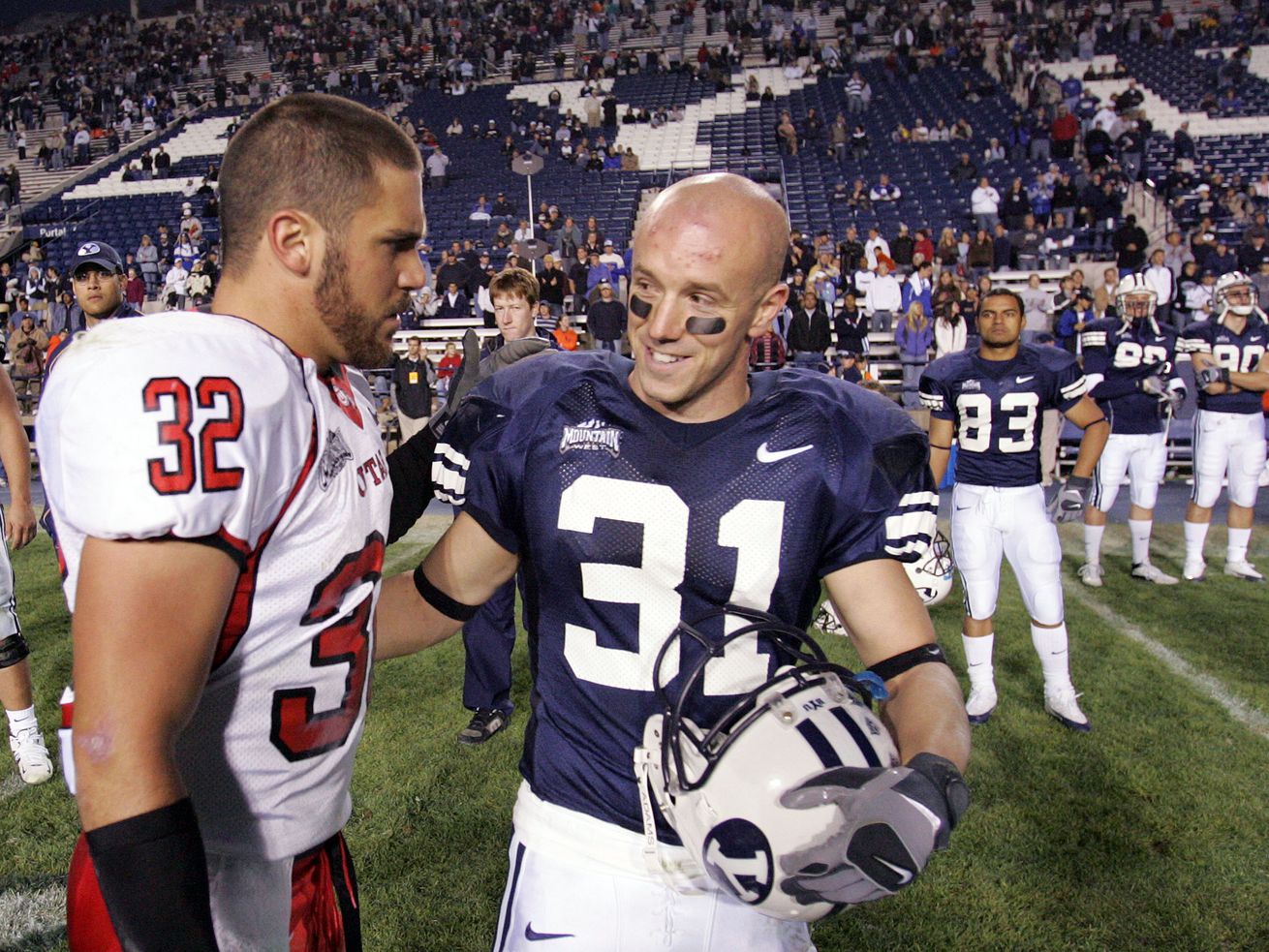 The former BYU receiver, who played for Roderick at Snow College, gives his take on the BYU offense, and shares details on his podcast, which is geared toward educating young people on important life lessons

Nate Meikle was a productive slot receiver target for John Beck at BYU before working as a sideline radio sportscaster doing Cougar games. Now, he’s an academic type, a brainiac, a professor at the University of Kansas.

He just moved to Lawrence, Kansas, this past week from South Bend, Indiana, where he worked and studied at Notre Dame. At Kansas, Dr. Meikle will teach classes on ethics and leadership. He’s only got half a dozen years to reach tenure. That’s when professors can comfortably settle in, wear those sweaters with elbow patches, hang out at the faculty lounge, and light fires under a new generation.

Meikle has always loved seeing offenses develop — he was plugged in as a player with Beck and his insight as a media guy was valuable. Meikle sees plenty of positives with Aaron Roderick taking over for Jeff Grimes as BYU’s new offensive coordinator.

“I’m really excited to see what Aaron Roderick can do with the BYU offense,” said Meikle.

“A-Rod and I go way back to 2002 at Snow College where he was my running back coach …and one of my favorite coaches of all time. He’s the epitome of a players’ coach in the same way that Sitake is. … They both really care about their guys.

“I also loved A-Rod because you knew that he knew exactly what he was doing. As an example, in one of my first games at Snow, he pulled me and Paul Peterson (our QB) aside and drew up a play in the dirt. A-Rod had noticed that the weak side linebacker was blitzing recklessly and both safeties were ignoring the weak side. He told me that on our next pass play, I would run at the weak side linebacker like I was going to block him, but then slip past him and wheel up the sideline. He told Paul to look the safeties off to the strong side, and then throw back to me running down the weak sideline. The play worked to perfection, and Paul hit me for a 60 yard touchdown pass.”

Meikle says the college game has evolved over the past decade.

“It’s true that Utah’s offense didn’t put up huge numbers when Roderick was co-OC there, but being an OC under (Kyle) Whittingham will always be tough because he’s such a defensive-minded coach. And truthfully, the college game has changed a lot in the last seven to 10 years. The old cliché that ‘defense wins championships’ is no longer true in college football. The winner of the national championship game has scored an average …read more