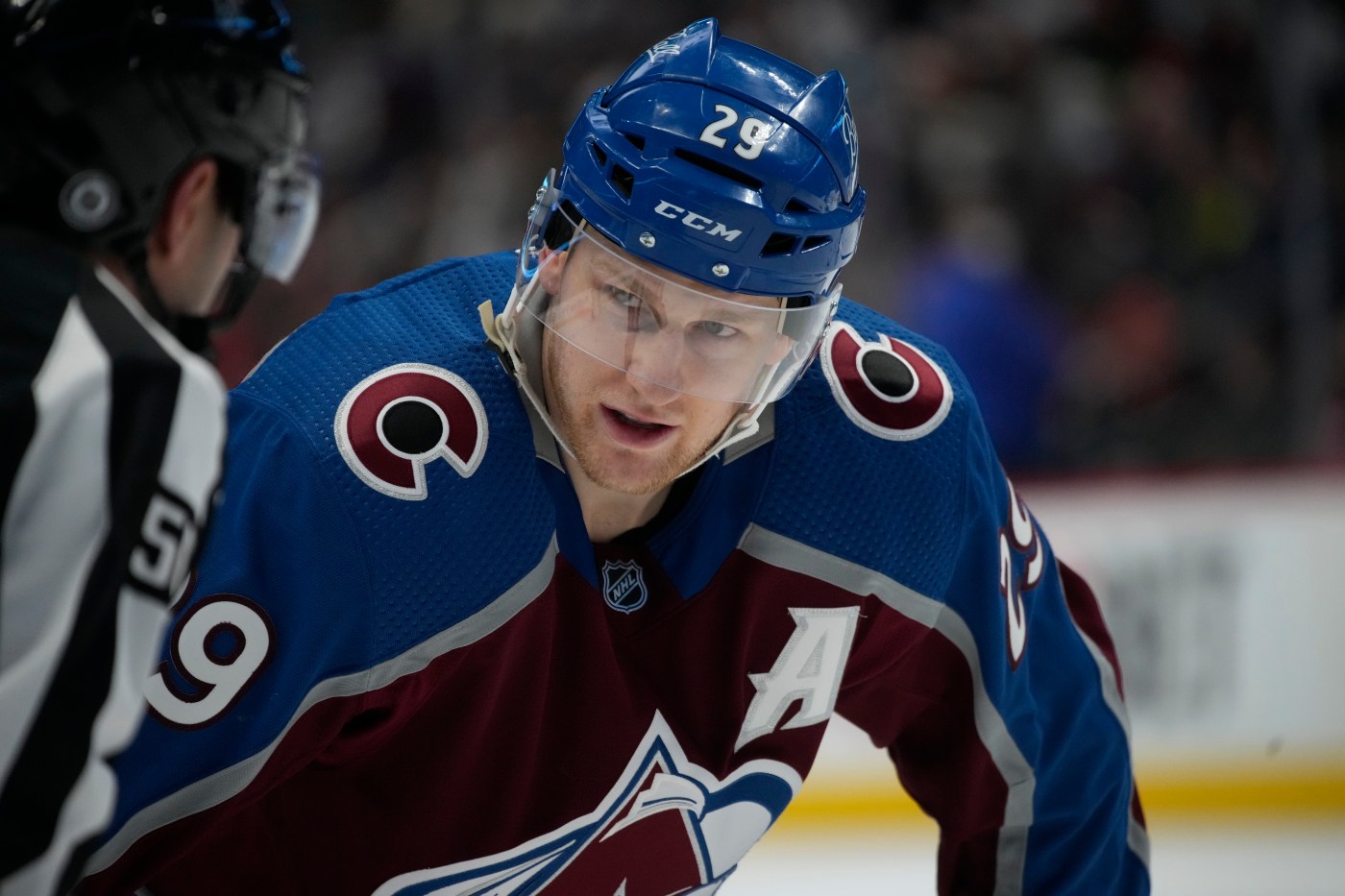 For the third consecutive time, Avalanche center Nathan MacKinnon will serve as the Central Division captain in an NHL All-Star Game. The 2022 event is Feb. 5 at T-Mobile Arena in Las Vegas.

It will be the fifth consecutive All-Star appearance for MacKinnon, the third-longest in club history behind Sakic (eight, 1990-98) and Peter Forsberg (six, 1996-2001).

Avalanche winning streak climbs to five games, each from a comeback: 5 takeaways from the 4-3 triumph over Seattle

The three other captains next month will be Edmonton’s Connor McDavid (Pacific Division), Alex Ovechkin (Metropolitan) and Auston Matthews (Atlantic).

U.S. Olympians. Denver native and former University of Denver forward Nick Shore was named to the U.S. Olympic team, along with Avalanche prospect Drew Helleson. The roster was released by USA Hockey on Thursday.

Shore, 29, played 299 NHL games until 2020 when he began a European career. He’s currently playing for Novosibirsk Sibir of the Kontinental Hockey League in Russia.

Helleson, 20, is a junior defenseman at Boston College. The Avs selected him in the second round (47th overall) in the 2019 draft.

Postseason QB power rankings: Can 49ers, Jimmy Garoppolo, change narrative that only the elite rule in the playoffs?