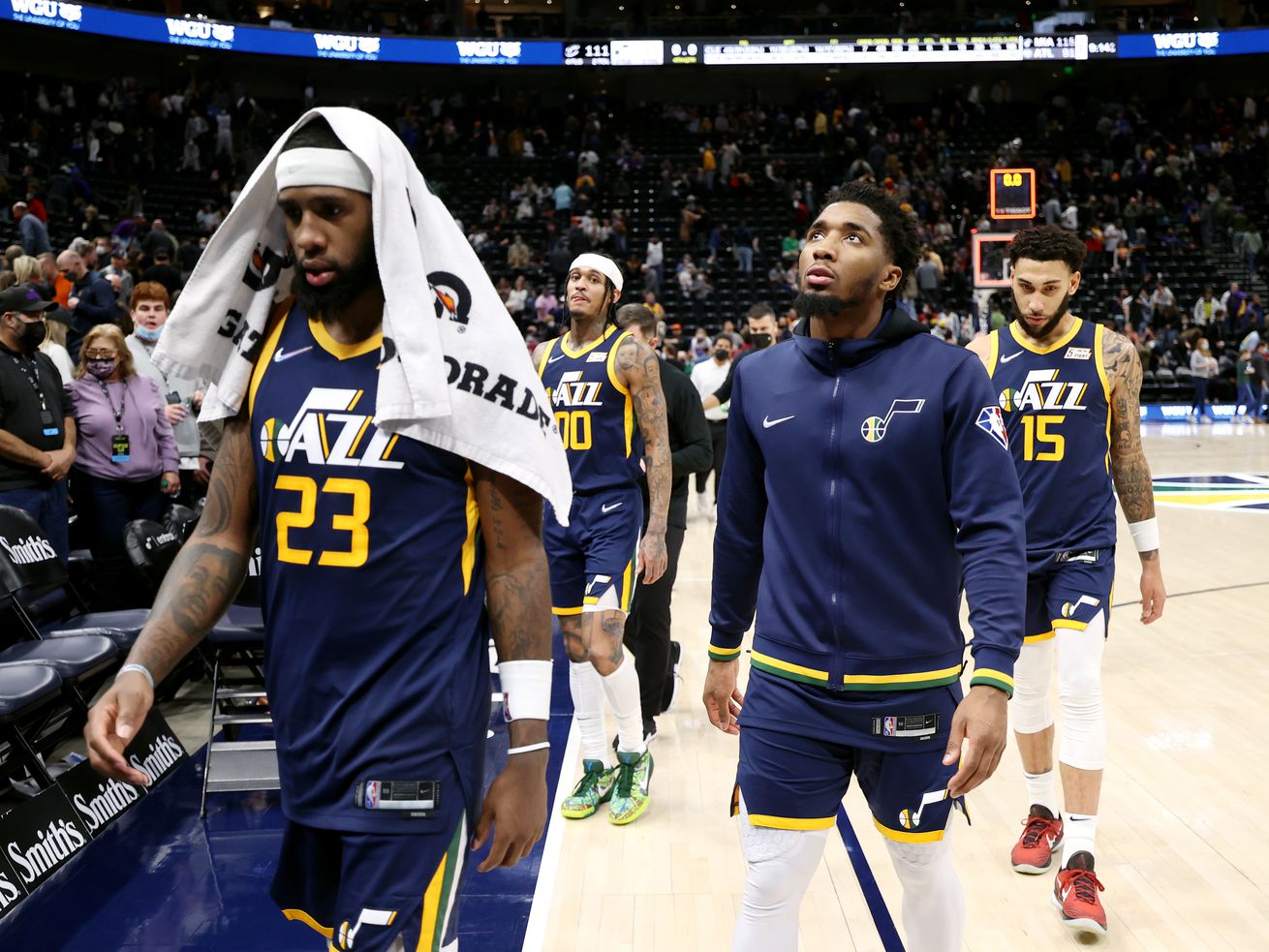 It’s been a rough week for the Utah Jazz.

A host of key players have been sidelined due to COVID-19 protocols for the first time this season, and it has taken its toll.

The Jazz have lost four consecutive games — falling to Toronto, Indiana, Detroit and Cleveland — and have been especially poor on the defensive end.

Here’s where national publications slot the Jazz in power rankings this week:

Team ahead of the Jazz: Philadelphia 76ers

Team below the Jazz: Dallas Mavericks

“What an ugly week for the Jazz, who lost to the Raptors, Pacers, Pistons and Cavs — as pretty much every Utah player missed at least one game. Rudy Gobert missed all four games and they sorely missed him on the defensive end, allowing a jaw-dropping 123.2 points per 100 possessions in the losses. Donovan Mitchell led the way offensively, averaging 28 points and 5.7 assists on 44/41/92 shooting splits for the week.” — Colin Ward-Henninger

Dolphins in store for big week of interviews with coaching candidates

Team ahead of the Jazz: Golden State Warriors

Team below the Jazz: Cleveland Cavaliers

“COVID hit the Jazz later than most teams, but it has sidelined Rudy Gobert and Joe Ingles, and with that the Jazz have dropped three straight. The losses without him show why not only why he should be in the Defensive Player of the Year conversation, but get mentions in the MVP race as well. Hassan Whiteside has thrived this season in the role of Gobert’s backup, but thrust into a starting role it hasn’t gone as well. By the way, Utah is active on the trade market looking for defensive help on the perimeter.” — Kurt Helin

Team ahead of the Jazz: Chicago Bulls

Team below the Jazz: Memphis Grizzlies

“The Jazz had been the only team in the league that hadn’t been hit by COVID-19 this season, but Utah is in the midst of an outbreak with four players currently in health and safety protocols, including perennial All-Star center Rudy Gobert. Hassan Whiteside has thrived as Gobert’s backup, but the Jazz are 0-2 with Whiteside in the starting lineup, and Saturday’s loss in Indiana was an especially disappointing defensive performance.” — Tim MacMahon

Team ahead of the Jazz: Chicago Bulls

Team below the Jazz: Miami Heat

“Through Christmas, the Jazz had been relatively healthy. …read more