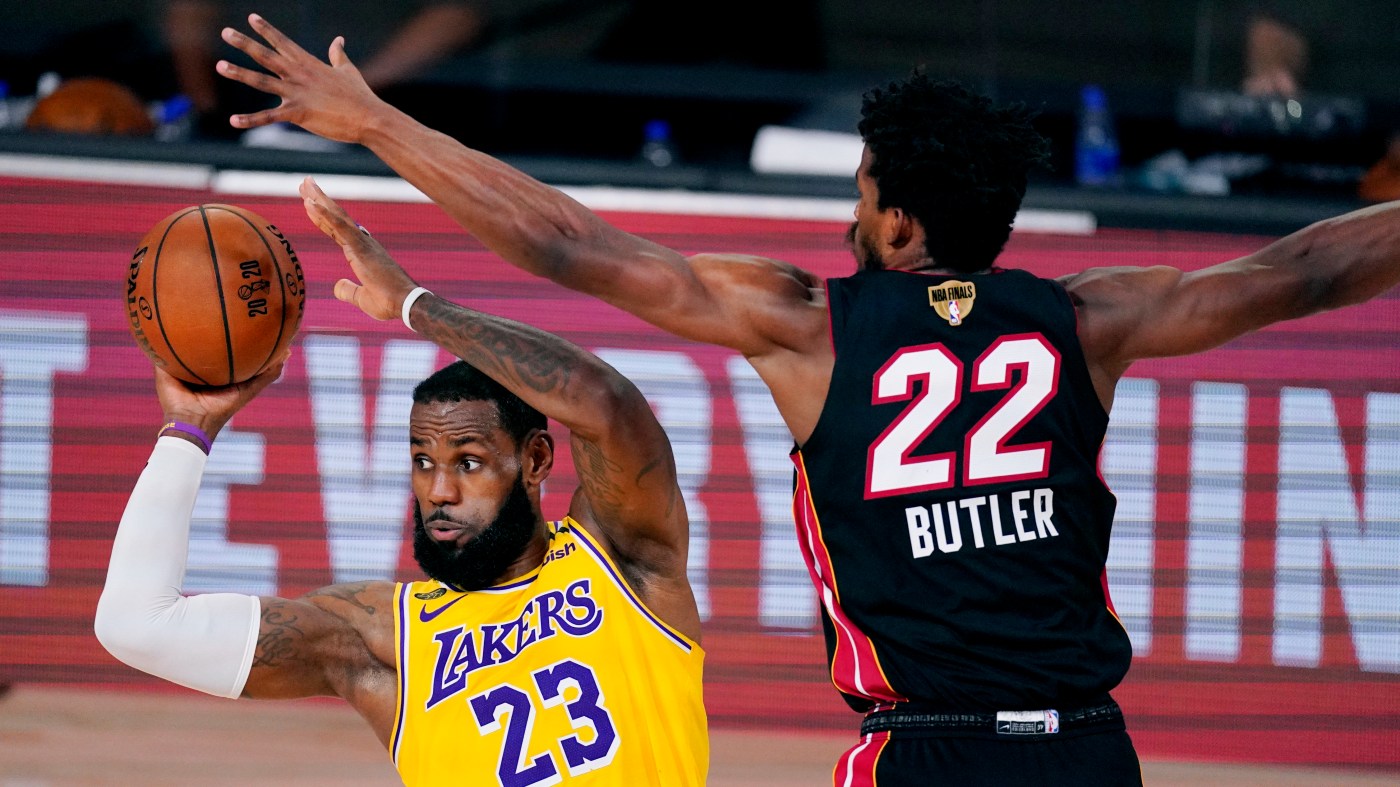 LAKE BUENA VISTA, Fla. — The NBA is returning to Chinese state television after a one-year absence.

CCTV announced Friday that it would air Game 5 of the NBA Finals between the Los Angeles Lakers and Miami Heat — the first time that the league would appear on the network since the rift that started when Houston Rockets general manager Daryl Morey tweeted support for anti-government protesters in Hong Kong.

State television made an on-air announcement that the game would be broadcast; the network’s web site had a preview of the game, including a photo of the Lakers’ LeBron James and Miami’s Jimmy Butler.

“In the Chinese National Day and Mid-Autumn Festival that just passed, the NBA expressed holiday blessings to Chinese fans,” the China Media Group, essentially the operator of CCTV, said in a statement. “We have also noticed the goodwill continuously expressed by the NBA for some time. Especially since the beginning of this year, the NBA has made active efforts in supporting the Chinese people in fighting against the novel coronavirus epidemic.”

CCTV quickly halted its relationship with the NBA after Morey’s tweet, even though the post was quickly deleted. Given the timing, it appears the suspension of NBA coverage by that network was designed to last one year; CCTV announced on Oct. 8, 2019, that it was beginning an immediate investigation into its relationship with the NBA, stemming from the network being “strongly dissatisfied” over the league’s decision to not sanction Morey.

The NBA did not have an immediate comment to CCTV’s decision.

NBA games have been available to Chinese fans on the streaming service Tencent, another of the league’s broadcast partners. But the relationship between the league and China could be best categorized as frosty since the tweet, with only some slight hints of reconciliation.

NBA legend and Chinese Basketball Association President Yao Ming did come to the U.S. to attend the memorial service for commissioner emeritus David Stern in January, a move viewed by some as one that showed there was hope for the league and China to mend fences. More hope came in February, when the NBA sent more than $1 million in medical supplies to China to assist coronavirus relief efforts there. The Chinese publicly thanked the NBA for that gesture.

But the fallout after the tweet last year was quick and massive. Sponsors — following CCTV’s lead — pulled their backing of the NBA China Games between the Lakers and Brooklyn Nets; the preseason games were played, though no news conferences were held and most events surrounding the games in the basketball-mad nation were canceled as well.

At All-Star weekend this year, NBA Commissioner Adam Silver said it was possible the league could lose as much as $400 million in revenue this year because of the strained relationship with the Chinese.

And that estimate preceded the costly shutdown because of the coronavirus pandemic, another massive financial blow that forced the league to cancel about 15% of its remaining regular-season games. The league wound up salvaging the season by moving into a …read more