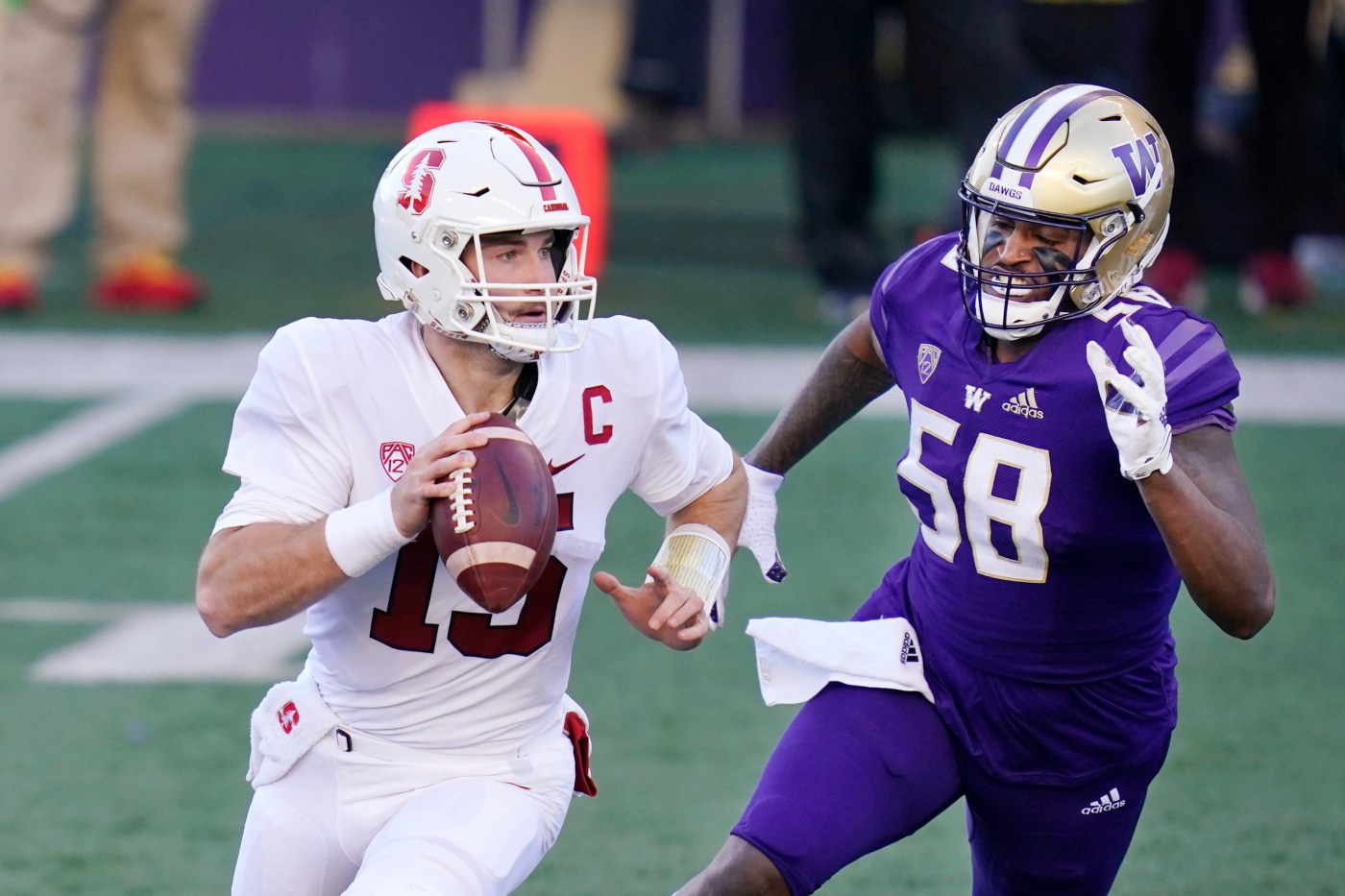 The following night, six more local players got the call between the second and third rounds.

Jevon Holland was the first player with Bay Area roots to be selected in the second round Friday afternoon.

The Miami Dolphins took Hollins with the No. 36 pick, the fourth selection of Day 2.

Hollins starred at Bishop O’Dowd High School in Oakland before heading to Oregon for college. He was ranked California’s No. 2 athlete in his class and the No. 12 athlete nationwide.

Hollins wasn’t just a high-achieving defensive back for the Dragons; he was also their top receiver. He recorded 1,012 receiving yards and 12 touchdowns as a senior in addition to five interceptions and 34 tackles.

Stanford tackle Walker Little was the next Bay Area draftee, going at No. 45 to the Jacksonville Jaguars.

Little, who will block for No. 1 overall pick Trevor Lawrence, opted out of the 2020 season over the coronavirus and missed most of 2019 after a knee injury in the first game of the season. But his impressive true freshman and sophomore seasons were enough to convince the Jaguars he was worth a second-round pick.

The 49ers selected Notre Dame guard Aaron Banks at No. 48 overall, bringing the El Cerrito High product back to the Bay Area.

Banks will help protect Jimmy Garoppolo and the 49ers’ new rookie quarterback, No. 3 overall pick Trey Lance. He was an All-American in 2020 with the Fighting Irish.

Before going to South Bend, Banks was the No. 17-ranked player in California by Scout.com, which also ranked him the ninth-best guard nationally in the 2016 class.

Stanford’s star quarterback, Davis Mills, was the No. 67 pick, selected by the Houston Texans.

Mills is the Cardinal’s record-holder for most passing yards in a single game at 504, a mark he set against Washington State as a junior in 2019. As a senior, he was an All-Pac-12 honorable mention.

Before arriving at Stanford, Mills was the nation’s top quarterback recruit as ranked by Scout and Rivals.

49ers: Does drafting speedy CB Thomas in third round rule out Sherman reunion?

How does 49ers’ third-round pick Trey Sermon fit into running back unit?

Paulson Adebo, also from Stanford, was the New Orleans Saints’ pick at No. 76.

The cornerback out of Mansfield, Texas also opted out …read more