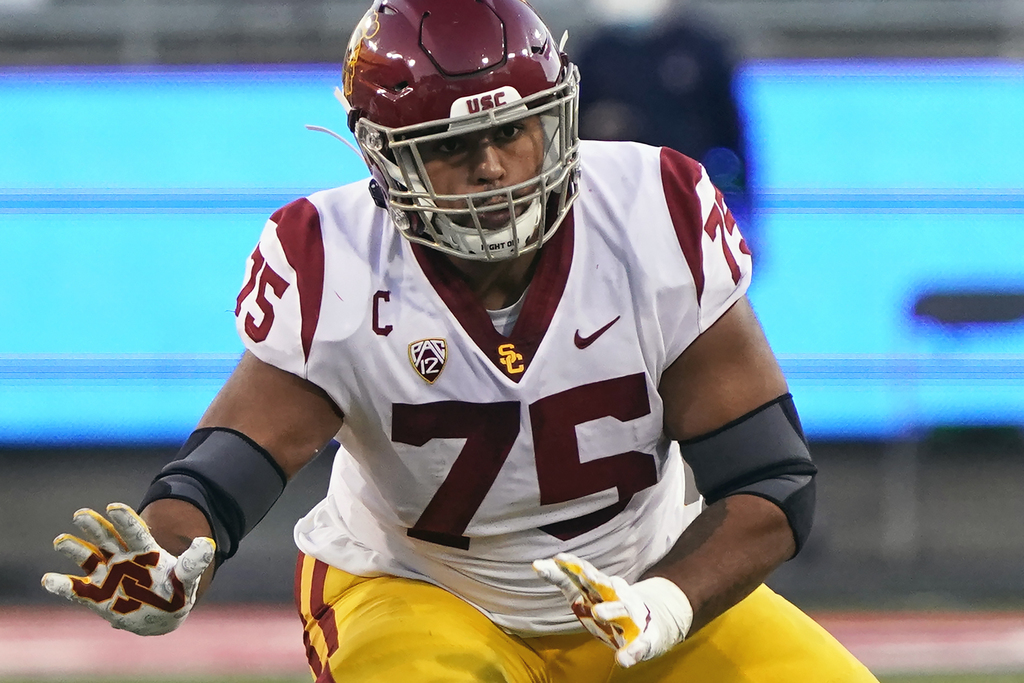 The Pac-12 produced fewer NFL Draft selections it has in eight years and less than half as many as the SEC. It trailed the Big Ten and ACC by large margins, as well.

On the surface, the weekend couldn’t have gone much worse.

But in the year of COVID, the surface is a fraught place to be. To cast final judgment on the Pac-12’s overall performance in Cleveland, a hefty dose of context is required.

The 28 total selections represents the lowest since the 2013 draft and a 12.5 percent year-over-year decrease.

However, the Pac-12 had substantially fewer players in the draft. Following the truncated season, a plethora of  upperclassmen took advantage of the free year of eligibility and opted to return to school for 2021.

As a result, the pool of available prospects dropped from 57 in last year’s draft to 43 this weekend, according to the master list of players on NFL.com.

Of the 43 available, 28 were picked — or 65 percent, a higher selection rate than the conference delivered last year (56 percent) with what could be considered a normal talent pool.

Neither Utah or Washington State had any players in the 2021 draft, while four more teams (ASU, Cal, Colorado and UCLA) had either one or two players available.

Framed in that manner, the total number of Pac-12 selections gains credibility when compared to other Power Five leagues, each of which played more games last fall and lost more production to the draft.

Draft picks per team per conference:

Our verdict on the Pac-12’s draft performance favors nuance.

The total number of players selected was perfectly reasonable, if not impressive, given the reduced prospect pool, but the quality at the top was lacking: The conference had just three first-round picks — the upperclassmen who returned to school were not likely to be Day One selections — and only 11 selections in the top 100.

In other words, the draft reflects the broader state of the Pac-12 football. There’s quality depth, but the top is a bit thin.

To the winners and losers …

Winners: Oregon, Stanford and USC. Each program produced five draft picks, creating a three-way tie for conference bragging rights on the recruiting trail. Add Washington (four selections), and one-third of the conference accounted for two-thirds of the selections.

Loser: Pac-12 skill position talent. No receivers, tight ends or running backs were selected until USC wideout Amon-Ra St. Brown went to the Lions in the fourth round. It’s the first time this century the Pac-12 hasn’t produced a draft pick at those positions in the first three rounds.

Winner: Arizona. Defensive tackle Roy Lopez and running back Gary Brightwell went back-to-back in the sixth round (to the Texans and Giants, respectively), giving the Wildcats multiple draft picks for the first time since 2016.