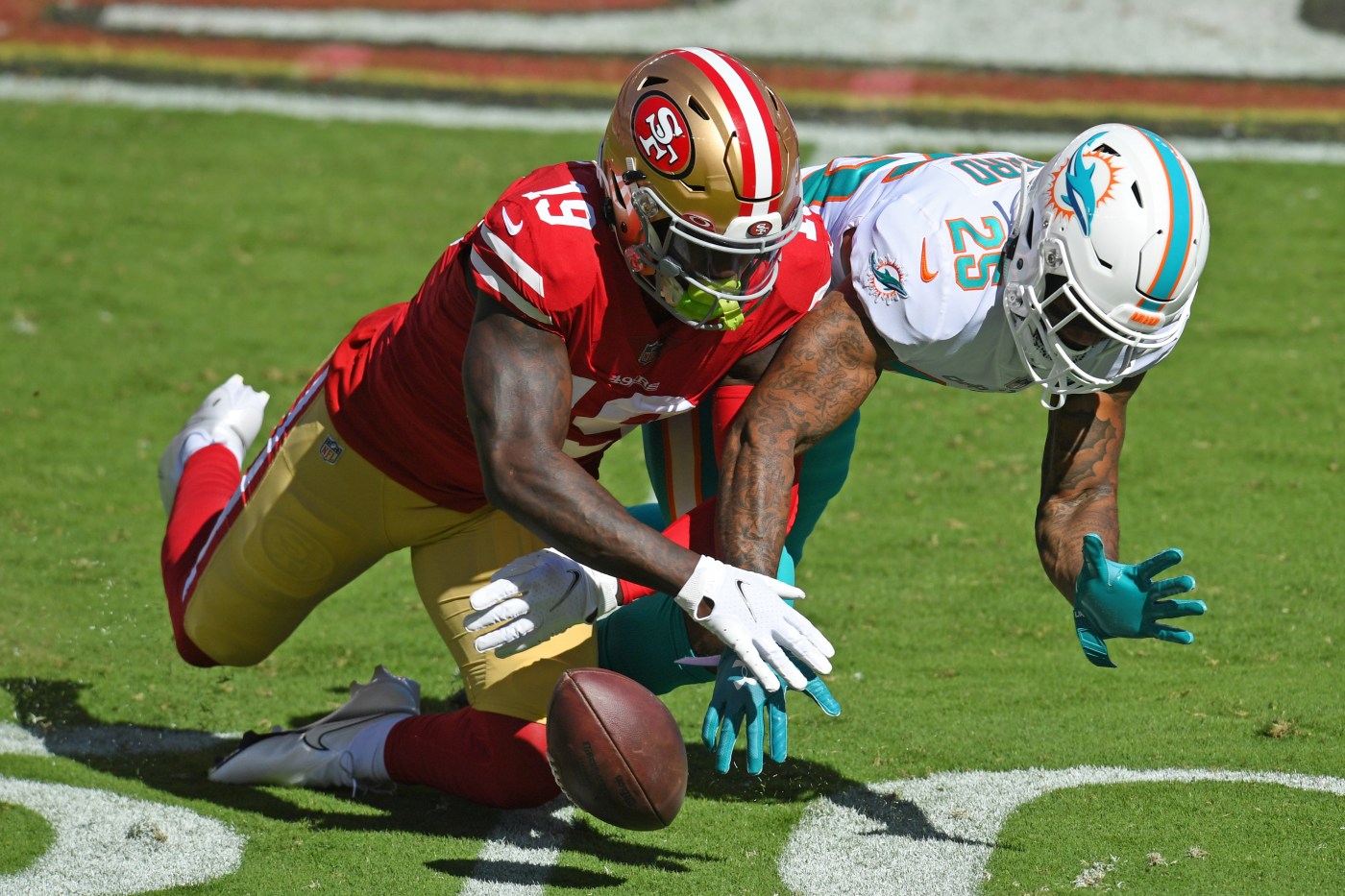 Conventional wisdom says not to use Garoppolo when his ankle got him benched by halftime last game. However, don’t be surprised if he comes out and totally redeems himself, because the 49ers might need him to if Rams counterpart Jared Goff shreds the 49ers’ defense.

Running back Raheem Mostert: Start him

His 90-yard output last game made for not only a nice comeback from a knee sprain, but a great sign that the 49ers can rely on him in a run-oriented approach necessary to outlast the Rams.

Running back Jerick McKinnon: Sit him

Last week’s instant failures in the first quarter made McKinnon an afterthought. They will need him more this game but Mostert’s presence makes McKinnon more of an RB3.

Running back Jeff Wilson: Sit him

He is questionable with a calf injury. His opportunities were limited enough when he was healthy.

Prime-time players make prime-time plays. Kittle is the 49ers’ offensive catalyst and thrives in these night showcases, especially when the quarterback needs to unload quick passes.

Ready for his breakout game? So are the 49ers. He had a full week of practice, unlike last week when he was ill.Related Articles

Cam Newton couldn’t complete the comeback against the Broncos

Kyle Shanahan responds to Patriots’ COVID-19 positive tests: ‘Don’t freak out about it’

49ers-Rams injury report: Will Garoppolo’s ankle allow him to go 4-0 against L.A.?

Kurtenbach: Three 49ers not named Jimmy Garoppolo who must step up to beat Rams

If the 49ers get in a shootout and the Rams are blanketing Kittle, look for Aiyuk to become a popular target.

No faith in the 49ers’ offense? Look, the 49ers like to score a lot when facing the Rams, and Gould’s points are a byproduct than that.

Projected stats: Over 400 yards, over 30 points

It’s Kwon Alexander’s turn to sit out with an injury, and while Dre Greenlaw should fill in fine if not better, the 49ers still lack a ferocious front to disrupt Goff and the Rams’ revitalized offense.