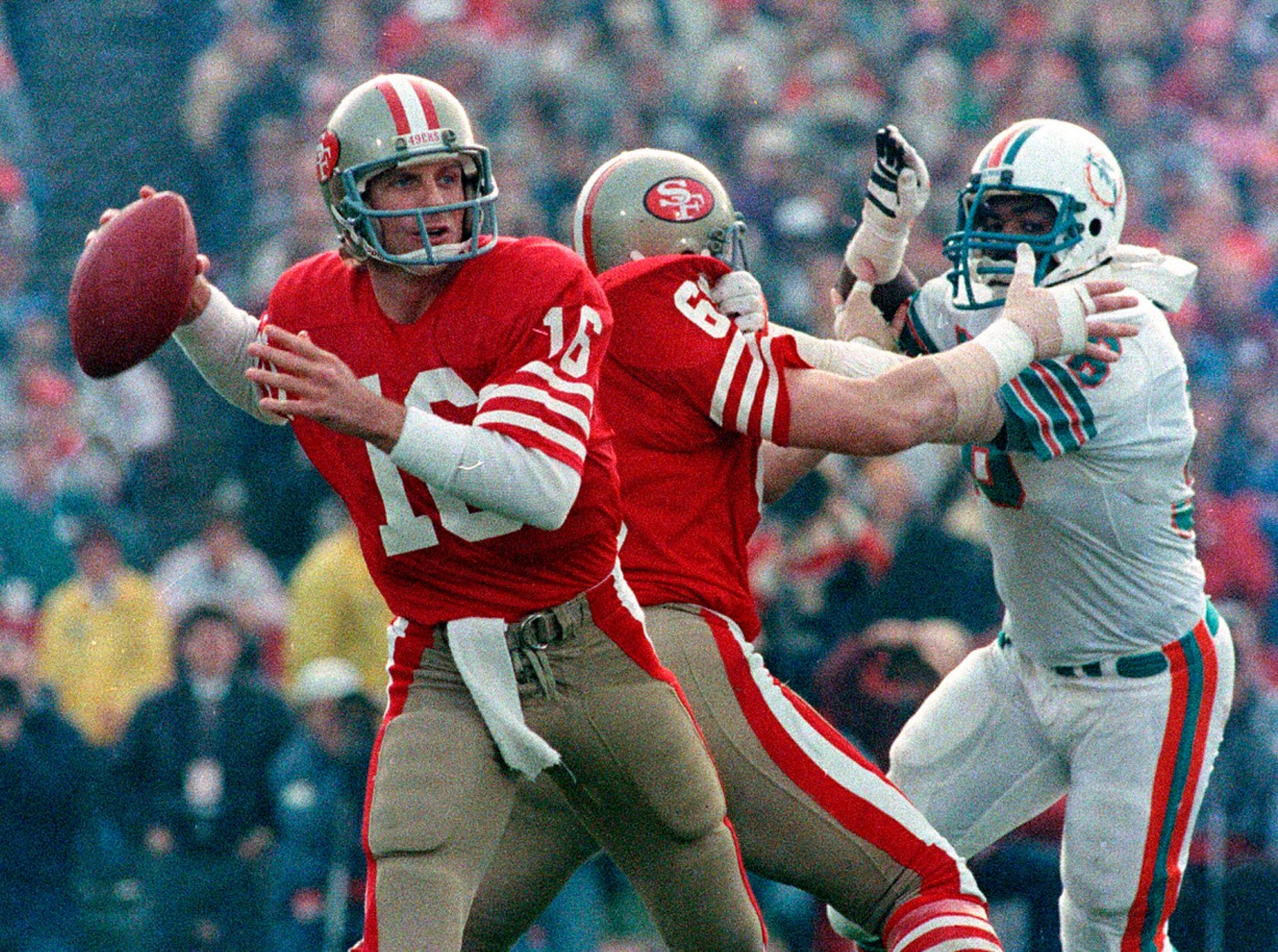 Long story short, here are my NFL picks for Week 5:

Bears 28, Bucs 24: The Bucs are too banged up to win their first of a franchise-record five prime-time games this season. Line: Bears +3 1/2

49ers 38, Dolphins 16: Look, if Joe Montana can exhume an old commercial to taunt Dan Marino on social media about their Super Bowl XIX showdown, then we’ll play along and mirror the final score. Line: 49ers -8

Chiefs 50, Raiders 35: Anyone else smell a 50-burger cooking amid that Kansas City barbecue? The Raiders are allowing 30 points per game. Line: Chiefs -13

Falcons 33, Panthers 28: Atlanta gets its first win, and needs about eight more to avoid an inevitable implosion of its staff and roster. Line: Falcons -2

Ravens 34, Bengals 21: Isn’t it surprising the Ravens lead the all-time series only 25-23 entering this one, and this would be their fourth straight win? Line: Bengals +13

Kurtenbach: Ready or not, Jimmy Garoppolo has to save the 49ers’ season

Cardinals 30, Jets 23: Arizona snaps its two-game losing streak, and the Jets careen ahead toward 0-16. Line: Cardinals -7

Rams 27, Washington 19: The best news about Washington’s quarterback change is not Kyle Allen starting over Dwayne Haskins, but rather the No. 2 job going to Alex Smith and his rebuilt leg. Comeback Player of Year striding closer to the field. Line: Rams -7

Browns 24, Colts 23: The Browns’ Kevin Stefanski improves to 4-1, and the last rookie coaches to start off that well were Green Bay’s Matt LaFleur, Atlanta’s Dan Quinn and the 49ers’ Jim Harbaugh. Line: Browns +1 1/2

Cowboys 34, Giants 23: This makes the Cowboys 1-0 in the NFC Least, and that is their path to the playoffs regardless of how bad Mike Nolan’s defense performs. Line: Cowboys -9 1/2

Patriots 23, Broncos 20: This could be another COVID-delayed game, which the …read more