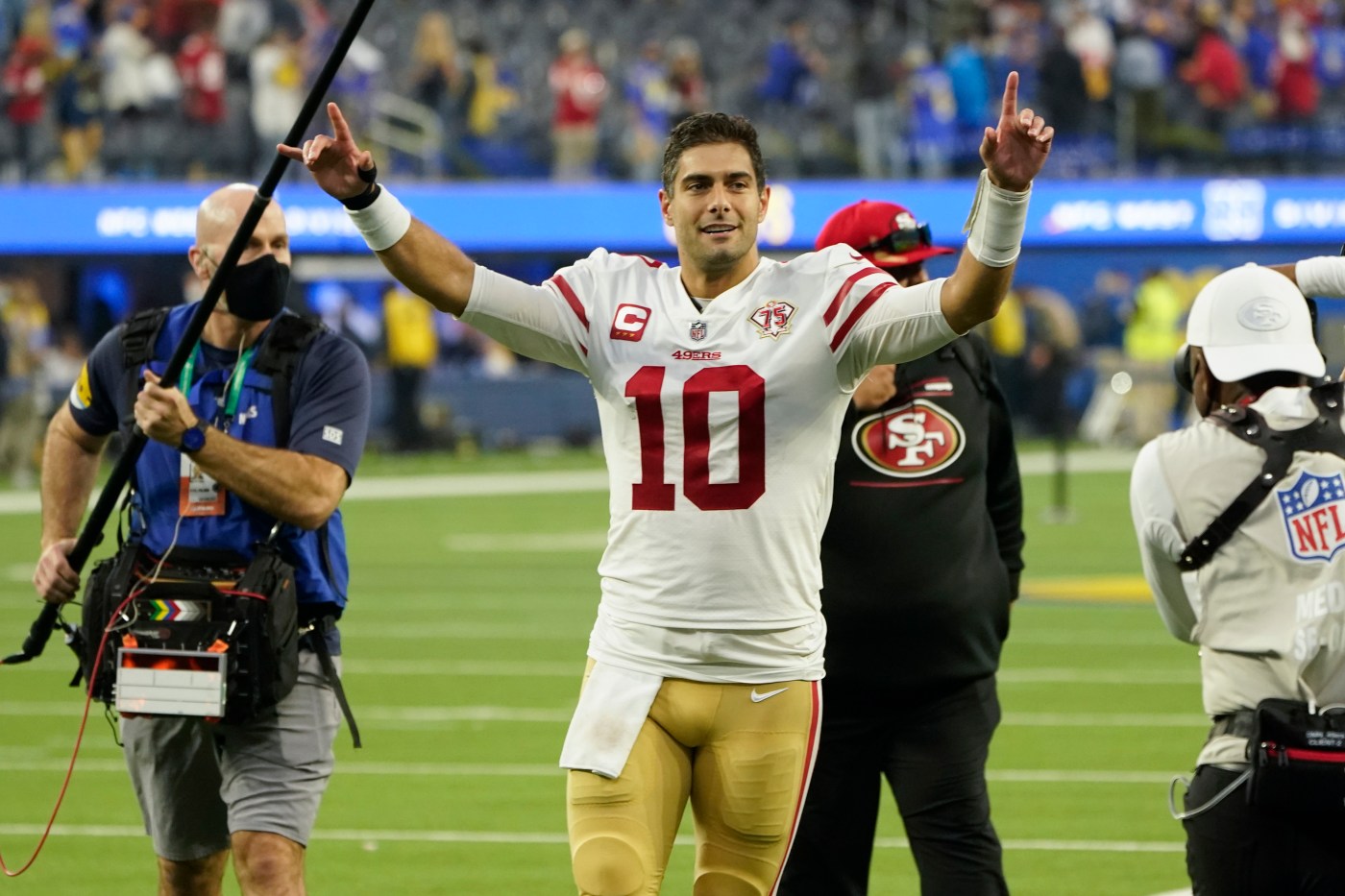 Long story short, the longest regular season in NFL history has led to these opening picks for the first “Super Wild-Card” playoff weekend:

Bills 21, Patriots 14: It’s Josh Allen’s third straight postseason and he improves to 3-0 at home in them. It took Allen more than three passes to win this AFC East rematch; counterpart Mac Jones threw only three passes in a 14-10 win at Buffalo on Dec. 6. Line: Bills -4

Bucs 34, Eagles 17: After winning three playoff games on the road as a wild-card champion last year, the Bucs win this opener at home – and don’t be surprised if the NFC’s road goes through Tampa, so long as the 49ers upend Green Bay next weekend. (Disclaimer: This assumes Brady’s bunch doesn’t implode altogether like Antonio Brown, and that the Eagles don’t run wild on the champs.) Line: Bucs -8 1/2

Chiefs 42, Steelers 23: Patrick Mahomes is going for the AFC Championship three-peat. Ben Roethlisberger is going into retirement, 16 years after winning the Super Bowl with a 22.6 passer rating (9-of-21, 123 yards, two interceptions against Seattle). Line: Chiefs -12 1/2

Rams 31, Cardinals 21: The Rams’ scoreboard blared “NFC West CHAMPS” as they walked off their home field as Sunday’s overtime losers to the 49ers. That division title, however, kept them home to rebound against the NFC West runner-up Cards, who end with their fifth loss in six games. Line: Rams -4

Kurtenbach: Here’s why it’s nothing but good vibes around the 49ers as they head into the playoffs

What’s the Slime Game and why are the 49ers playing in it?

49ers by the numbers: Nine figures worth counting ahead of playoff opener at Dallas

The NFL has eight coaching vacancies, three of which come with openings at …read more