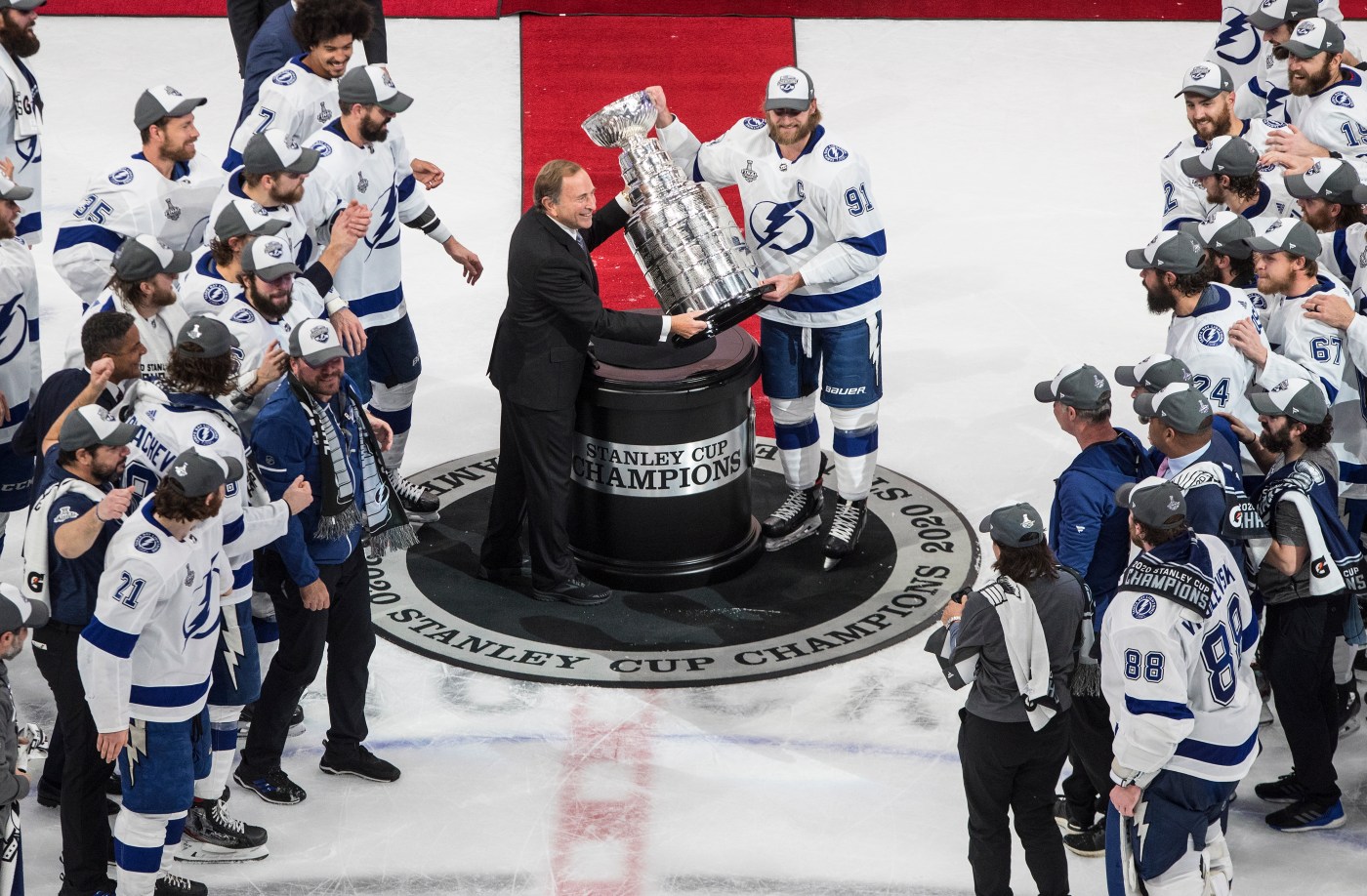 Commissioner Gary Bettman said Tuesday night the NHL is targeting a Jan. 1 start for next season.

That declaration came after recent talks between the league and NHL Players’ Association. The new date is a month after the tentative Dec. 1 start.

“It was just over a week ago that we celebrated the successful completion of our 2019-20 return to play with the crowning of the Tampa Bay Lightning as Stanley Cup champions,” Bettman said. “Based upon what we have learned and what we know and what we still don’t know, I can say that we are now focused on a Jan. 1 start for next season.”

That could mean kicking things off with the Winter Classic that has become a staple of New Year’s Day. The Minnesota Wild are scheduled to host the St. Louis Blues in that game at Target Field, home of Major League Baseball’s Twins.

The estimated start for training camps will be announced at a later date. NHL teams are expected to get camps of at least two weeks, just as they did before the expanded playoffs over the summer.

It’s still unclear what next season will look like, though Bettman has said the league hopes each team plays a full 82 games.