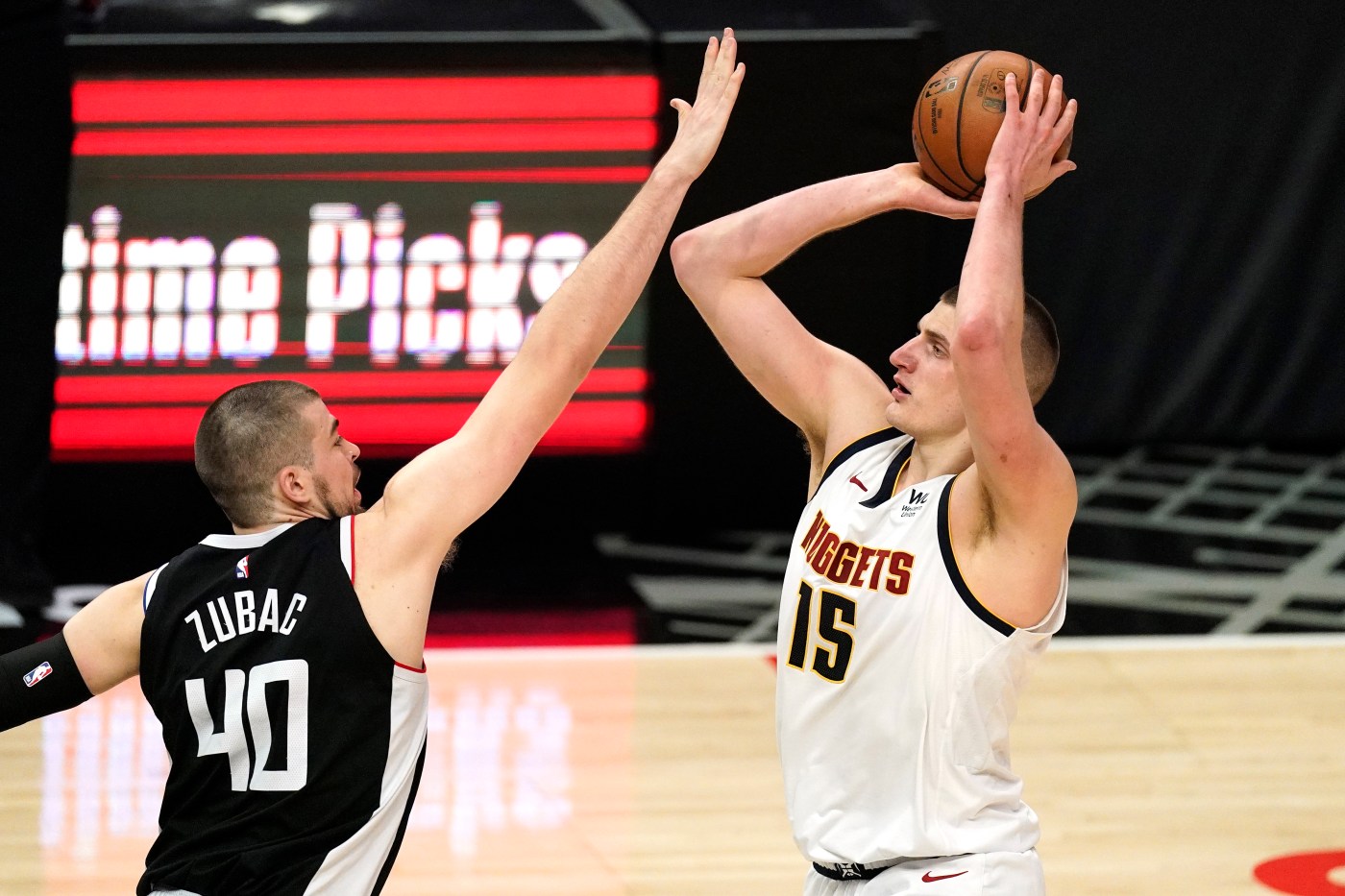 For the first time since his ACL surgery, Jamal Murray got to watch his teammates in person. The healthy Nuggets put on a show for their fallen teammate.

Against a feisty Clippers squad, with major playoff implications on the line, Nikola Jokic and Michael Porter Jr. showed out. Denver’s 110-104 win Saturday night clinched the tiebreaker over the Clippers, leapfrogged them to No. 3 in the West and extended their winning streak to five.

Now 43-21, the surging Nuggets will take on the Lakers in Los Angeles on Monday.

Murray, who’s been rehabbing in Los Angeles since his surgery, couldn’t have relished his team’s resiliency any more. Sitting along the baseline, Murray was active and engaged throughout the testy matchup.

The Clippers kept chipping away until late, but couldn’t overcome Jokic’s 30-point, 14-rebound, seven-assist performance. His magical second half could easily be featured in his MVP campaign.

“The one thing I noticed is I ran him that whole third quarter and how fast he looked,” said Nuggets coach Michael Malone. “Those that have been in Denver for six years – how many times have we ever used fast and Nikola in the same sentence? But he looked like he had a burst on the perimeter.”

When the Clippers threw a double-team in his direction with barely over a minute left, Jokic flipped the court and found Facundo Campazzo in the corner for a back-breaking 3-pointer to give the Nuggets a late nine-point lead.

Porter added 25 points along with four 3-pointers. His 10 fourth-quarter points helped alleviate some pressure on Jokic.

The Nuggets’ physical wings held Kawhi Leonard and Paul George to a combined 36 points on the night. Even though they connected on five 3-pointers, Denver’s defense challenged them at every opportunity. George was just 5-of-21 with P.J. Dozier draped all over him for most of the night.

A physical start to the second half turned into a nightmare for the Clippers. Jokic took an elbow to the face from Clippers C Ivica Zubac early and then went deep into his bag of tricks as the quarter progressed.

His 18-point quarter featured a 3-pointer, a deft baseline reverse layup, an unstoppable Sombor Shuffle and an emphatic, one-handed jam. His offense propelled Denver’s 31-point quarter, while the defense stayed engaged. The Nuggets carried an 83-73 lead into the fourth quarter, in part due to the suffocating defense of Aaron Gordon, Campazzo and Dozier.

After what the Nuggets experienced last season in the Bubble, Malone hasn’t allowed for excuses to creep into their locker room, despite their setbacks.

“Whether it’s last year in the Bubble, being down 3-1 in back-to-back series, finding a way to overcome that adversity and win, whether it’s being without Jamal Murray for the last nine games and going 8-1, no matter what the situation has been, we never spend one ounce of energy or waste one second of time talking about what we don’t have,” Malone said before the game. “We spend all of our time talking about who we do have and how we’re going to overcome …read more