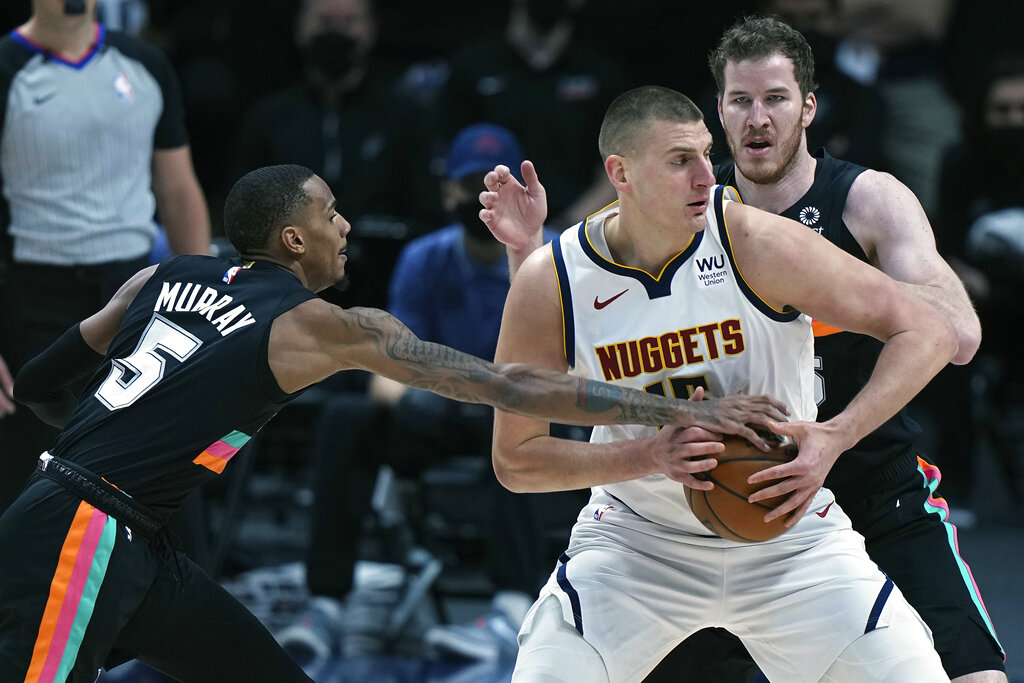 The only thing standing between Nikola Jokic and the benefit of “star” calls from NBA referees?

“You don’t hear guys who win championships complain about the refs. The refs, I feel like, have a monkey on their back(s) where they’re afraid to call it on certain caliber players.

“Jokic is a great player, but technically he hasn’t won anything yet. So hopefully, we can change that, and definitely, the calls will definitely go your way. But most of the time, the refs give it to the better team.”

The twin recurring themes of foul disparities and Hack-A-Joker reared their ugly heads in the first of a two-game series with the Spurs (24-25) which concludes Friday night at Ball Arena.

With 5:34 left in the second half, the Nuggets (33-18) had been called for seven fouls to the Spurs’ two. And the hosts had gone to the charity stripe just once compared to nine trips for San Antonio.

Just two seconds later, after watching Jokic get roughed up on a turnover, Nuggets coach Michael Malone had seen enough.

Malone could be heard hurling at least one, shall we say, R-rated adjective in the direction of official Sean Wright. Wright responded with a technical foul and an ejection, which enraged the Nuggets coach further to the point where assistant coach Wes Unseld Jr. had to physically try and keep his boss at bay. A still-emotional Malone repeated his earlier assessment of the officiating, and loudly, as he left the court.

“I think that was contagious, we needed that extra energy,” said Nuggets point guard Facundo Campazzo, who made the start in place of Jamal Murray while the latter rests a sore right knee. “So I think he’s a (winning) coach and that showed up in that situation. So we need to be more focused in that part of the game … I think we put that extra energy in that (later) part of the game.”

It showed, and Malone’s ejection did the trick on a couple of fronts. Following the coach’s departure, the Spurs went to the stripe just 12 more times over the rest of the contest, making eight, while the Nuggets made 23 more trips, connecting on 17 tries.

In other words, point taken.

For one night, at least.

“When a team starts out slow,” noted McGee, who’s won NBA titles with the Los Angeles Lakers and the Golden State Warriors, “(and) when the coach shows passion like that and how much they’ll ride for their player, it really makes us work hard and makes us go harder. And it showed up when he got ejected.”

The Joker wound up a rebound shy of another triple-double (25 points, nine boards, 10 assists) while forward Michael Porter Jr. finished with 18 points and 10 rebounds.

The opening tilt of the Spurs series also turned into a showcase for the Nuggets’ depth, as nine players logged at least 14 minutes …read more