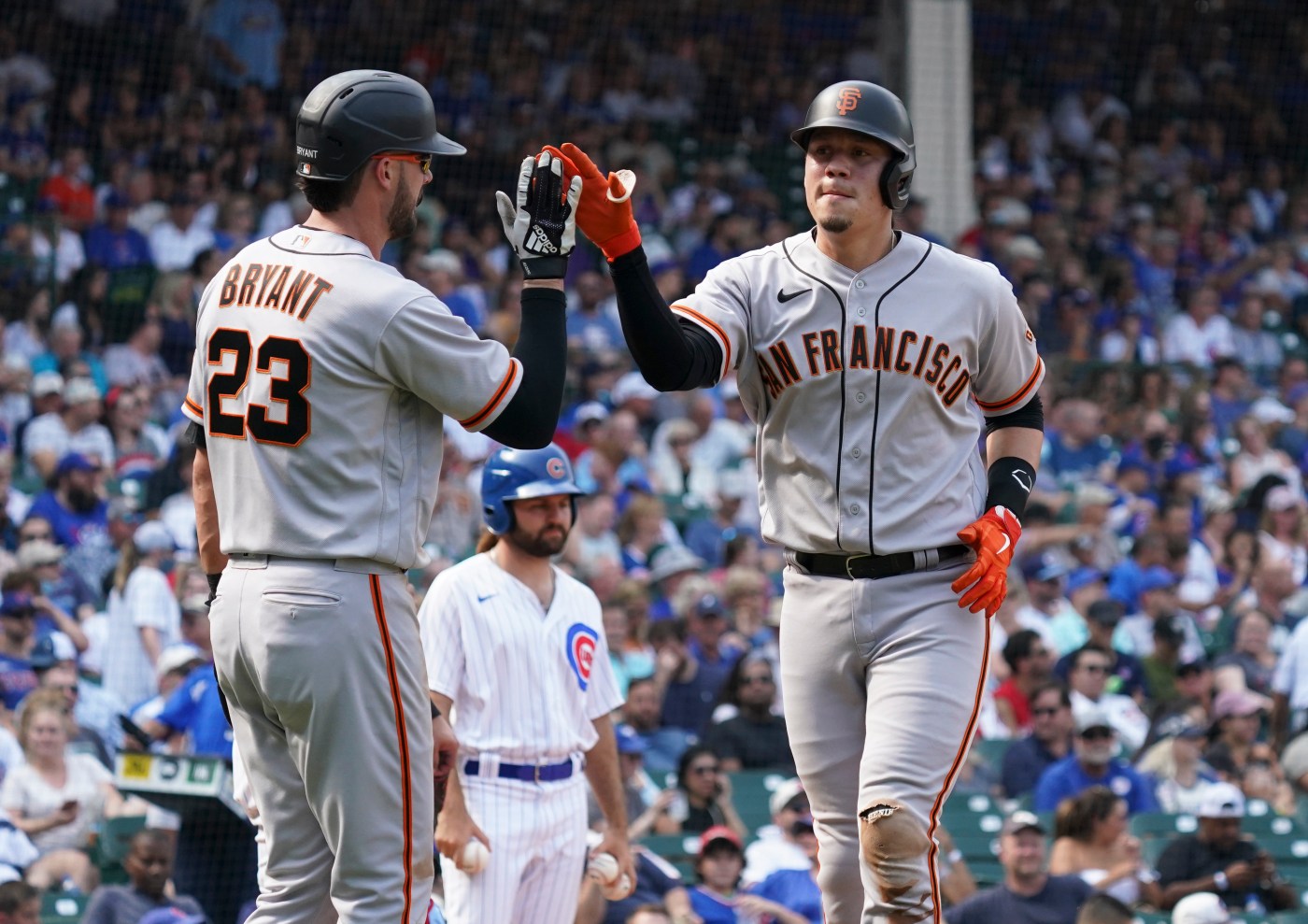 If the Giants win Monday at home against the Padres, they’ll clinch a postseason berth for the first time since 2016.

San Francisco is riding a seven-game win streak as it enters the series against its NL West rivals after sweeping a road trip to Colorado and Chicago after taking two of three from the Dodgers in last weekend’s Oracle Park showdown.

Los Angeles kept pace over the weekend, further separating itself from the Padres by sweeping a three-game set from San Diego, whose only real hope at this point is the second wild-card spot.

Sunday’s hero was Wilmer Flores, activated off the injured list for the final game of the road trip. Flores went 3-for-4 with a home run and three RBIs in the 6-5 win, the only tight game of the weekend set at Wrigley Field against the suddenly rebuilding Cubs.

The Giants opened the series with a win in a bullpen game that saw Brandon Belt take on the deep responsibility of the captain’s “C” taped to his jersey, then smack a home run to help seal the game. The middle game was a 15-4 romp spurred on by leadoff man Tommy La Stella, who drove in five runs while Belt and Evan Longoria each supplying three more. Kevin Gausman cruised to the win and Caleb Barager picked up a save by throwing the final three innings — and helping save his fellow bullpen arms in the process.

Next up: Four games at home against the Padres.

Sharks’ Kane expects to be exonerated in gambling probe, downplays rifts with teammates

The Dodgers threw three true starting pitchers over the weekend and all three picked up wins as they continued their dominance over the Padres this season.

Urías and Scherzer were particularly dominant, as the former picked up his 17th win Friday night while striking out seven and the latter struck out nine Padres over eight innings in Sunday’s 8-0 win.

Returning to the mound Monday night for his first start in more than two months will be none other than three-time Cy Young Award winner Clayton Kershaw.

Mookie Betts batted in six runs over the weekend and scored four times himself, as he rounds into form ahead of the playoffs.

Next up: Three-game home set against the Diamondbacks.

The Padres are not technically eliminated from the NL West title yet, but a Giants win Monday would make that a statistical reality rather than just a practical one.

Even the wild card could be a long shot at this point. While they are tied for the second spot in the one-game series, they have stiff competition the rest of the way against the Giants (10 games), Cardinals (3 games), Braves, (4 games) and Dodgers (3 games). …read more