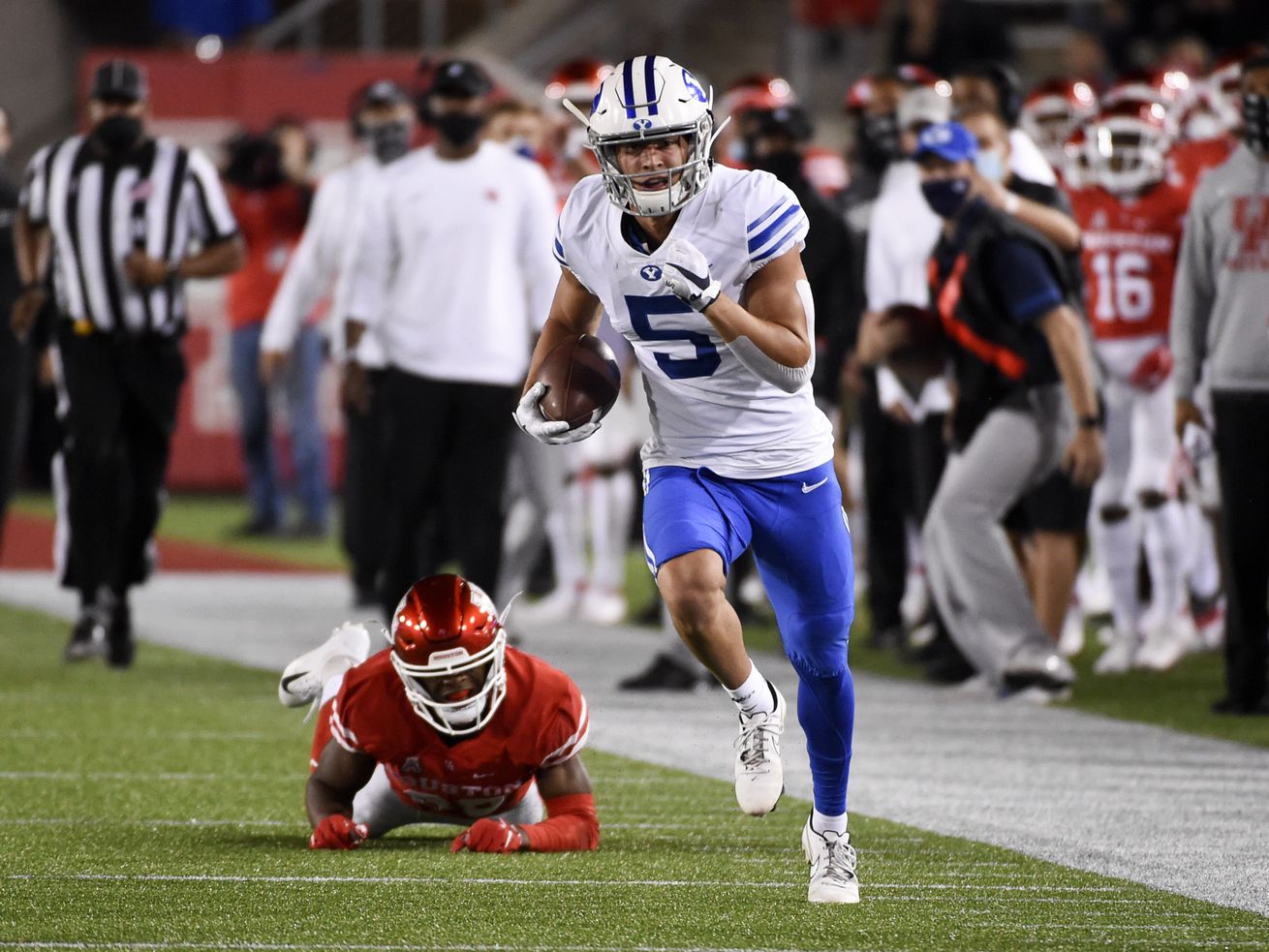 In a wild game that lived up to the hype, No. 14 BYU kept its perfect season alive Friday night with a heart-thumping 43-26 victory over Houston at TDECU Stadium.

BYU started fast and sputtered in the middle, but ended with a flourish, overcoming a 26-14 deficit late in the third quarter and sealing the win with quarterback Zach Wilson’s gorgeous 18-yard touchdown pass to Dax Milne with 3:06 remaining.

Thanks to some big special teams plays — including a surprising onside kick — crucial stops by the defense and clutch plays by Wilson and Milne, BYU pulled out the win in the fourth quarter, scoring 29 unanswered points, in a game that was closer than the final score indicates.

Milne had nine receptions for a career-high 184 yards and three touchdowns.

But it wasn’t always pretty for BYU.

Bay Area TV Sports: What to watch on Wednesday-Thursday

BYU’s offensive miscues manifested themselves early in the second quarter. On third-and-15 at the Houston 46, Wilson completed a screen pass to Tyler Allgeier, who sped his way down the sideline for a touchdown. However, a block-in-the-back penalty negated that score and BYU ended up punting.

Ryan Rehkow’s punt pinned Houston at the 2-yard line. Tune guided Houston on a 98-yard, 6:48 drive, highlighted by some precision passing and aided by a pass interference penalty. Later, BYU’s Micah Harper was whistled for a targeting penalty.

Tune ran the ball for a 5-yard touchdown to put Houston ahead 26-14 after a failed two-point conversion attempt.

BYU then executed a successful onside kick to get the ball back with less than one minute remaining in the third quarter.

Later, a miserable 13-yard punt by Houston gave BYU the ball at the Houston 23-yard line early in the fourth quarter. Moments later, Wilson threw an underhand shovel pass to Wake for an 8-yard TD. A two-point conversion lifted BYU to a 29-26 lead with 10:35 remaining.

Houston’s offense opened the game with a sustained drive that resulted in a 27-yard field goal by Dalton Witherspoon to give it an early 3-0 lead.

BYU answered on the …read more