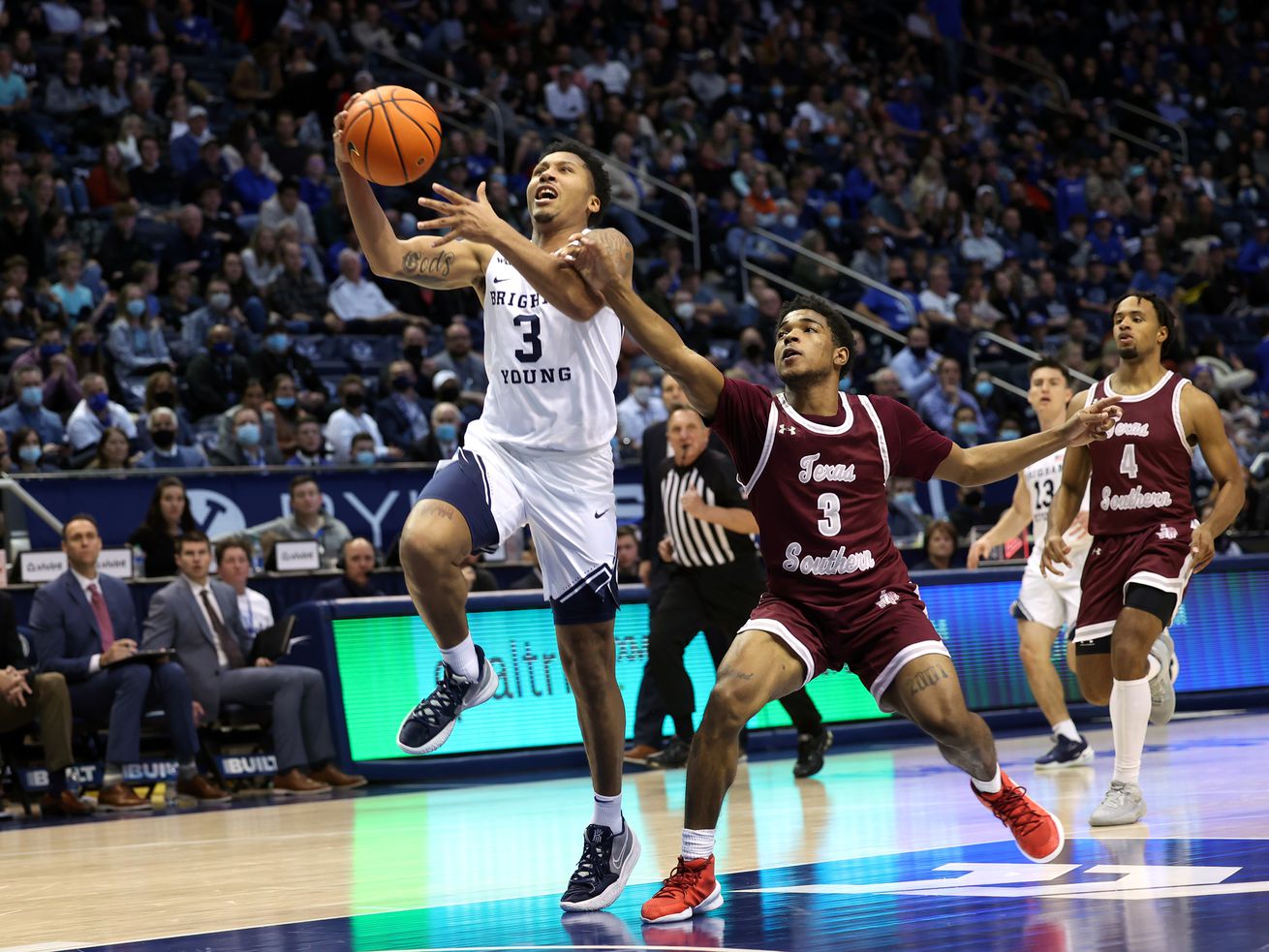 Te’Jon Lucas scored 18 points and was one of five Cougars to score in double figures.

It was an uncharacteristically rough shooting night for BYU guard Alex Barcello Wednesday night at the Marriott Center.

Five BYU players scored in double figures, including a team-high 18 points from guard Te’Jon Lucas in an 81-64 victory over the Tigers.

Lucas also dished out a season-high seven assists and had zero turnovers.

“For (Lucas) to be 7-0 against a physical, feisty, athletic, championship team like this, it’s super impressive,” said coach Mark Pope. “What an unbelievable showing he had.”

Freshman Fousseyni Traore came off the bench to score a career-high 13 points to go along with six rebounds and two blocks while Barcello had 12 points (on 3 of 11 shooting from the floor). Still, despite his shooting woes, Barcello knocked down a Jimmer Fredette-like 3 with 14 seconds remaining in the game.

“Those guys are special. We’re trying to find different ways for them to score. Those guys always do a great job,” Lucas said of the Cougars’ post players. “They’re part of the heart and soul of our team. It showed tonight that it can be anybody’s night. It doesn’t have to be Alex Barcello or me. It can be anybody. It was great to see everybody else chipping in and contributing to the win.”

Traore, who hit 5 of 7 shots from the field, returned to the floor for the first time since scoring 10 points in the blowout win over Oregon on Nov. 16. He was held out of last Saturday’s victory over Central Methodist after suffering an injury.

“Fouss is a big body. That’s a grown-man freshman,” Lucas said. “It’s exciting to get him back out there on the floor. We missed him last game. He’s very impactful when he’s out there.”

After collecting his 16th board of the night, George, who was just 1 of 8 from 3-point range, went to the bench, limping.

“He’s going to be fine. He’s a super-tough kid and he had an unbelievable performance tonight,” Pope said. “In some areas, he was incredible and in some areas, he struggled a little bit. But if you take the whole sum of it, it was super impactful.”

Also key was BYU’s rebounding. Texas Southern (0-6) is one of the nation’s best offensive rebounding teams and the Cougars outrebounded the Tigers 52-38. BYU had 20 second-chance …read more