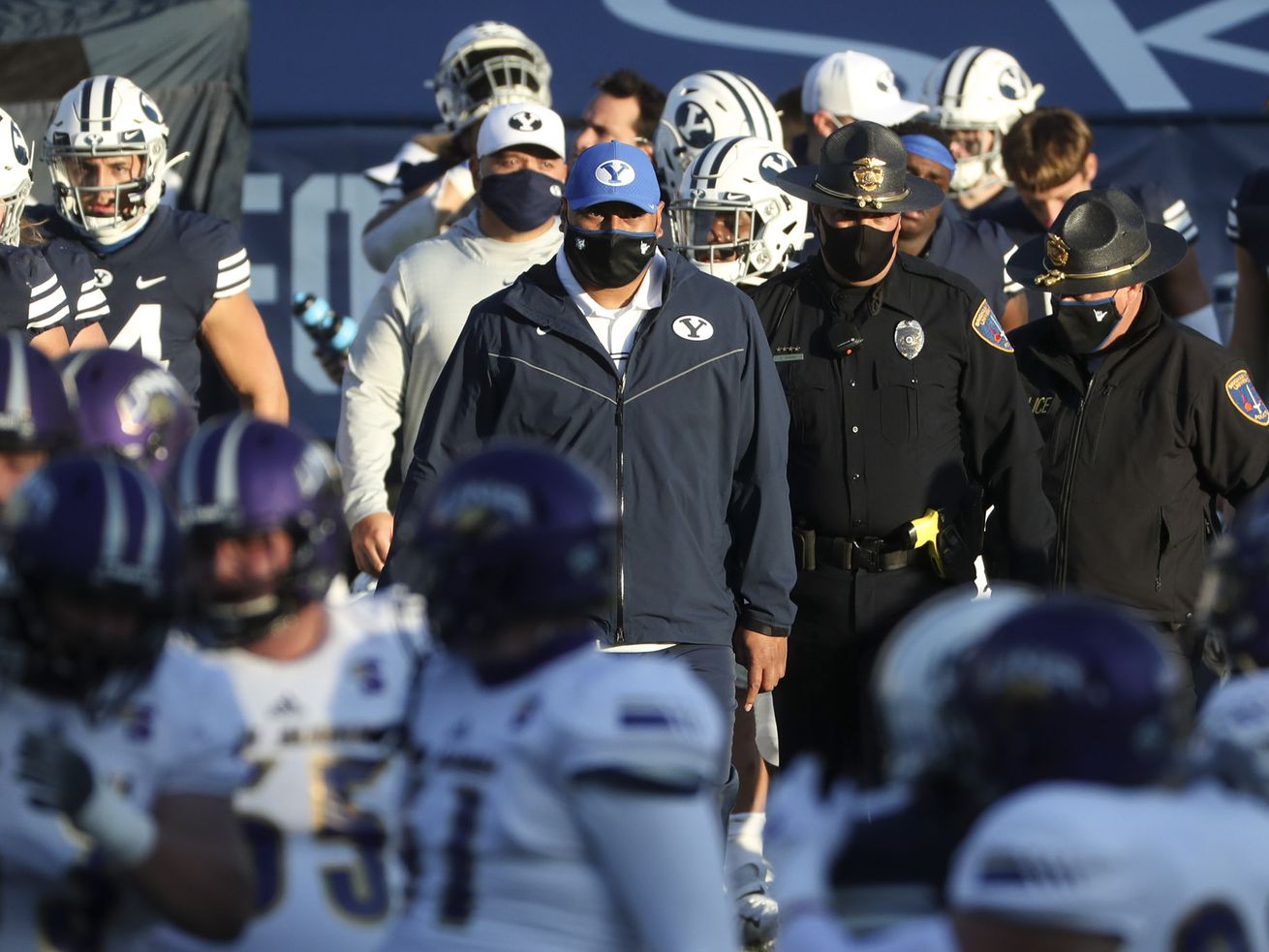 BYU football coach Kalani Sitake got right to the point on Saturday as the sun was beginning to set on LaVell Edwards Stadium after the Cougars thumped FCS foe North Alabama 66-14 in another lopsided game that was settled before halftime.

The No. 8 Cougars (9-0) don’t want to wait three weeks to play their next game (Dec. 12, vs. San Diego State), Sitake said. He reminded reporters that BYU was “the only ones that were committed to playing football in the West in August” when some conferences had, temporarily, decided to push their seasons to 2021.

“If you are going to assume anything, you should probably assume that we want to get games,” Sitake said. “And (BYU athletic director) Tom (Holmoe) is not a hard guy to get ahold of.”

Holmoe told BYUtv Saturday that a lot depends on where the Cougars — who remained No. 8 in both major polls released Sunday — land when the initial College Football Playoff rankings are released Tuesday night.

“Our schedule has been set for awhile. We have been committed to playing football, and so I want to remind everyone that we have been that way from the very beginning. When things were looking bleak for a lot of teams to play, we stuck with it and our leadership and administration and everybody stuck with it.” — BYU football coach Kalani Sitake

Obviously, if BYU likes where it is — say in the top 10 or close to it — it might not be willing to take the risk because a loss would knock it out of contention to play in a New Year’s Six bowl game. But if the Cougars are outside the top 12, for example, a win over San Diego State on Dec. 12 probably won’t be enough to give them the bump they would need.

The Aztecs fell to 3-2 with a 26-21 loss to undefeated Nevada on Saturday in Reno and are scheduled to play Fresno State and Colorado State the next few weeks before meeting BYU in what will be the first December game ever played at LES.

A day after releasing a video about BYU’s new fundraising campaign called “All In” and telling BYU fans the athletic department is “projecting a financial shortfall just short of $20 million by the conclusion of the 2021 athletic season,” Holmoe clearly isn’t interested in paying another overmatched opponent somewhere in the neighborhood of $400,000 to come get clobbered in Provo.