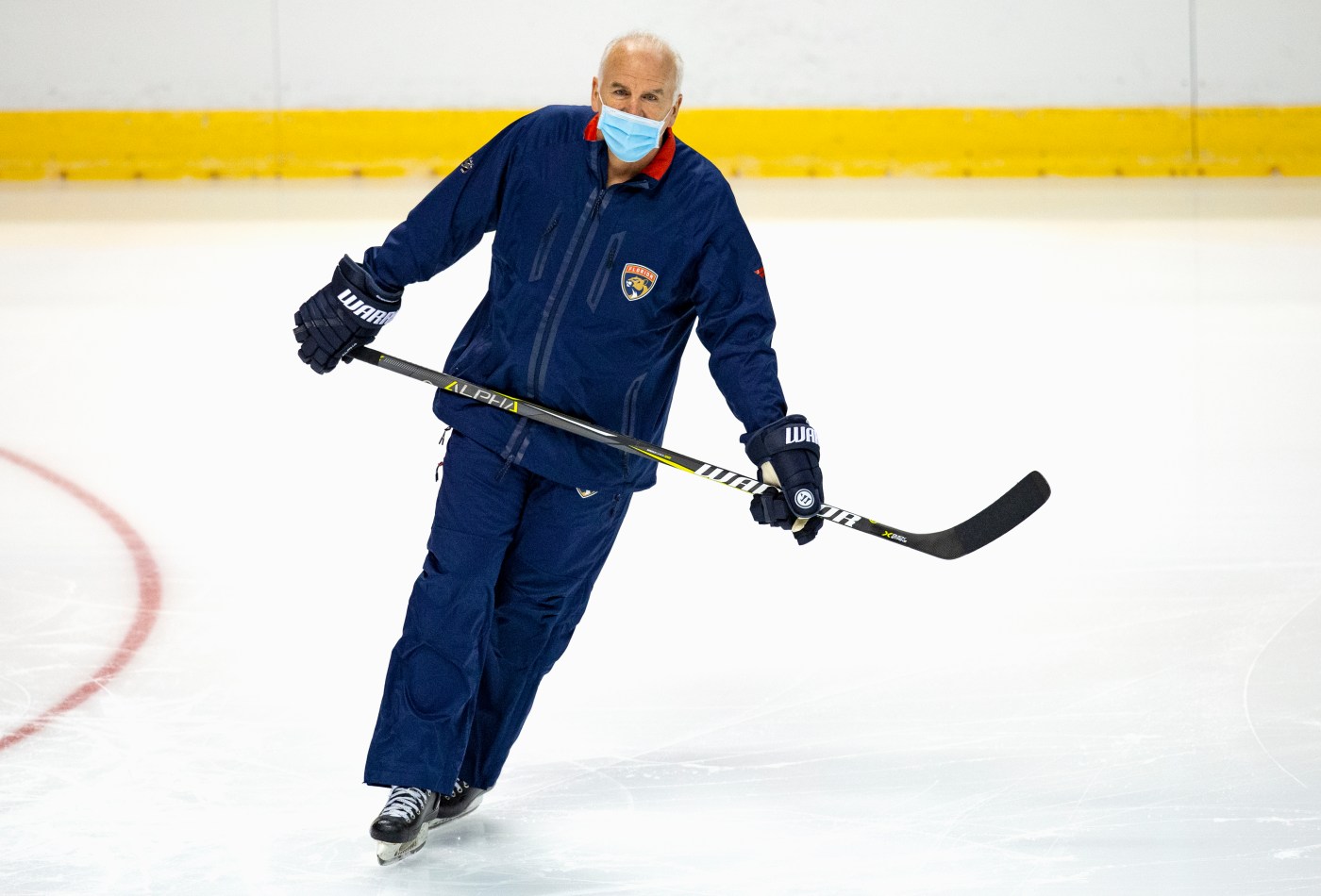 Winnipeg coach Paul Maurice struggled to blow a whistle while wearing a mask. Barry Trotz couldn’t see if one of his New York Islanders players was skating toward him because his mask had helped fog up his glasses.

“It was ugly there for a while,” Maurice said. “There’s some challenges to it.”

One of the new challenges for NHL coaches this season is the requirement to wear a mask behind the bench during games and on the ice for practices. Now that goaltenders won’t be the only masked men around the rink, coaches will learn and adjust on the fly like those in other sports have had to in recent months.

“Just being around the rink all day wearing one is an adjustment, but we’ll work it out,” Joel Quenneville of the Florida Panthers said. “Sometimes when you really want to get your point across, you might have to pull your mask down to make yourself clear. But I’ve never changed lines with a face mask on.”

Hockey coaches are more responsible than their counterparts in baseball, football or basketball to bark out directions in real time at a fast pace, which makes this an even steeper learning curve. Get ready for loud yelling and maybe a few more bench minor penalties for too many men on the ice.

“I used to have a big moustache, maybe that was kind of like a mask,” Dave Tippett of the Edmonton Oilers said. “I’m a mumbler at the best of times. You’ll have to be really clear with who’s going on line changes.”

One thing that’s clear is most coaches won’t complain about the extra safety measure to prevent virus spread. Quenneville and his staff have talked about NFL coaches being fined for not wearing face coverings correctly and how they’ve adapted.

Commissioner Gary Bettman told coaches and executives that protocols “are not a suggestion or a recommendation” and the NHL “will vigorously enforce them.”

“I’m going to have to do my absolute best to make sure it stays on and stays right,” D.J. Smith of the Ottawa Senators said. “Ultimately the league’s doing it for a reason, and it’s the safety, and I’ll abide by all the rules.”

So will John Tortorella, who told the Columbus Blue Jackets on the first day of camp he doesn’t want to hear any complaining about health and safety protocols. He said wearing a mask is important and added: “It doesn’t affect me, it will not affect the other coaches.”

“It’s the right move under these circumstances,” David Quinn of the New York Rangers said. “If it helps a little bit, we should all do it, so certainly our staff is embracing it. Our organization’s embracing it and we’re just going to have to manage it.”

There are some benefits. Maurice suggested keeping the television cameras off him during games because they won’t be able to pick up anything he’s saying anyway.

Gone — for now — are the days of reading lips of coaches swearing at officials or each other.

Need a GoPro expert? Andy Reid’s skill with the camera is undeniable