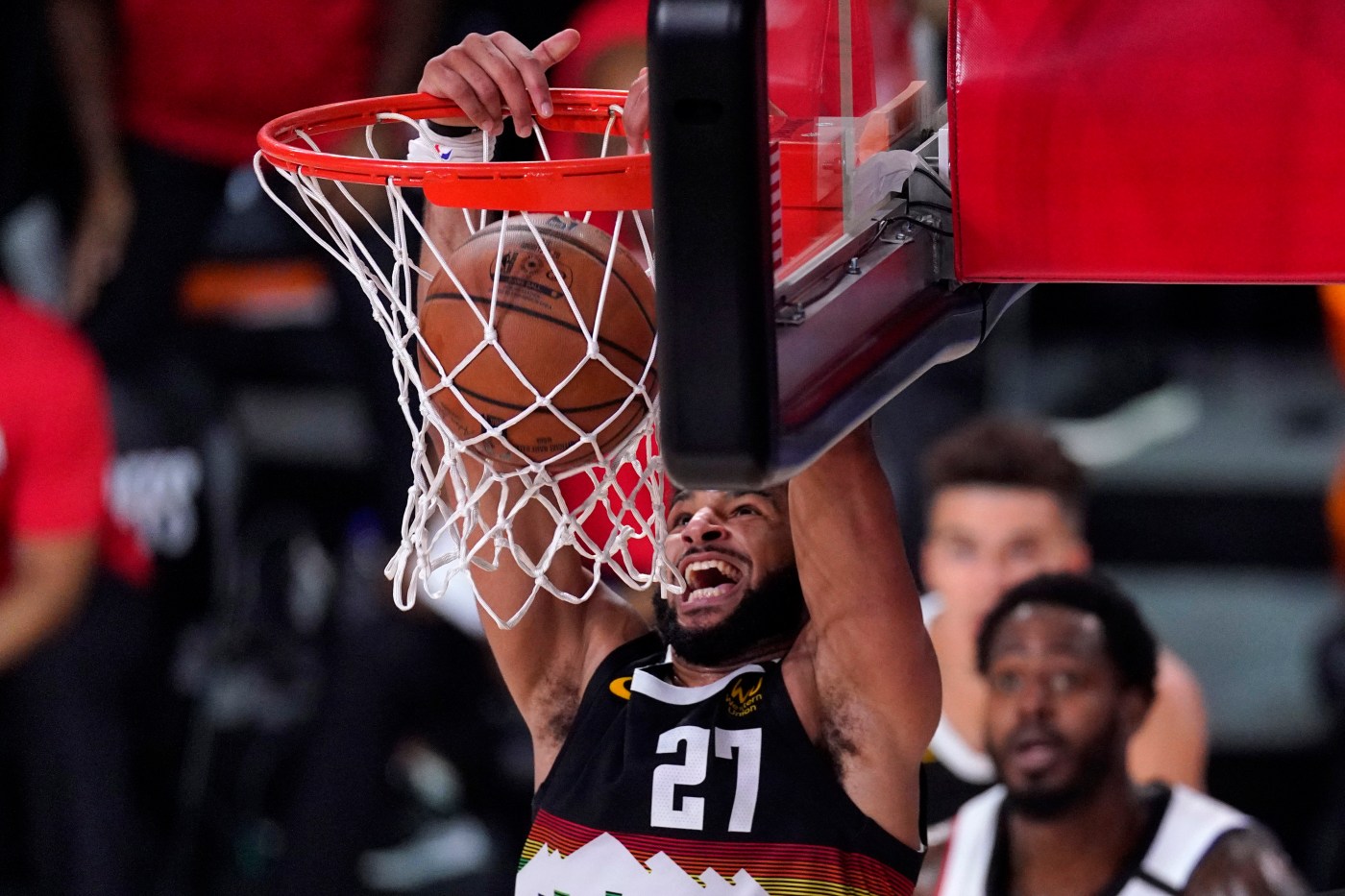 1.Ya gotta believe. These guys do. The Battle of Los Angeles? The script that the NBA, the networks and most of the country has been pointing toward for months? Heck with that! The Nuggets have decided to improv this baby instead. Denver outscored the heavily favored Clippers 64-35 in the second half to force a Game 7 and stun a Los Angeles roster that’s acting as if it was assumed this series was over with the Clips holding a 3-1 lead. The Nuggets are staring at their fourth Game 7 in their last four postseason series, smiling and loving life. The Clippers look tight and rattled.

2. Third-quarter means magic, again. For the second straight game, the Nuggets were dead and buried at the half. And for the second straight contest, Denver came out of the break swinging. The Nuggets outscored Los Angeles 30-16 in the third period, including a 17-0 run late in the quarter that pulled the underdogs to within a point, 73-72. Over their last two meetings, the Nuggets outscored the Clips in the third period, 59-40, or an average margin of 9.5 points per contest. Denver went to the stripe 16 times in the quarter compared to the Clippers’ six trips.

3. Stop the runouts, don’t get run out of town. Kawhi and PG13 are tough enough when they’re launching challenged shots. But the Clippers are deadly on the break, and a run of Nuggets misses allowed L.A. to run like heck the other way early. By halftime the Clips had piled up 13 fast-break points to the Nuggets’ five, thanks to nine first-half Denver turnovers. The Nuggets gave it away just six times in the final two periods, a big key in helping their comeback.