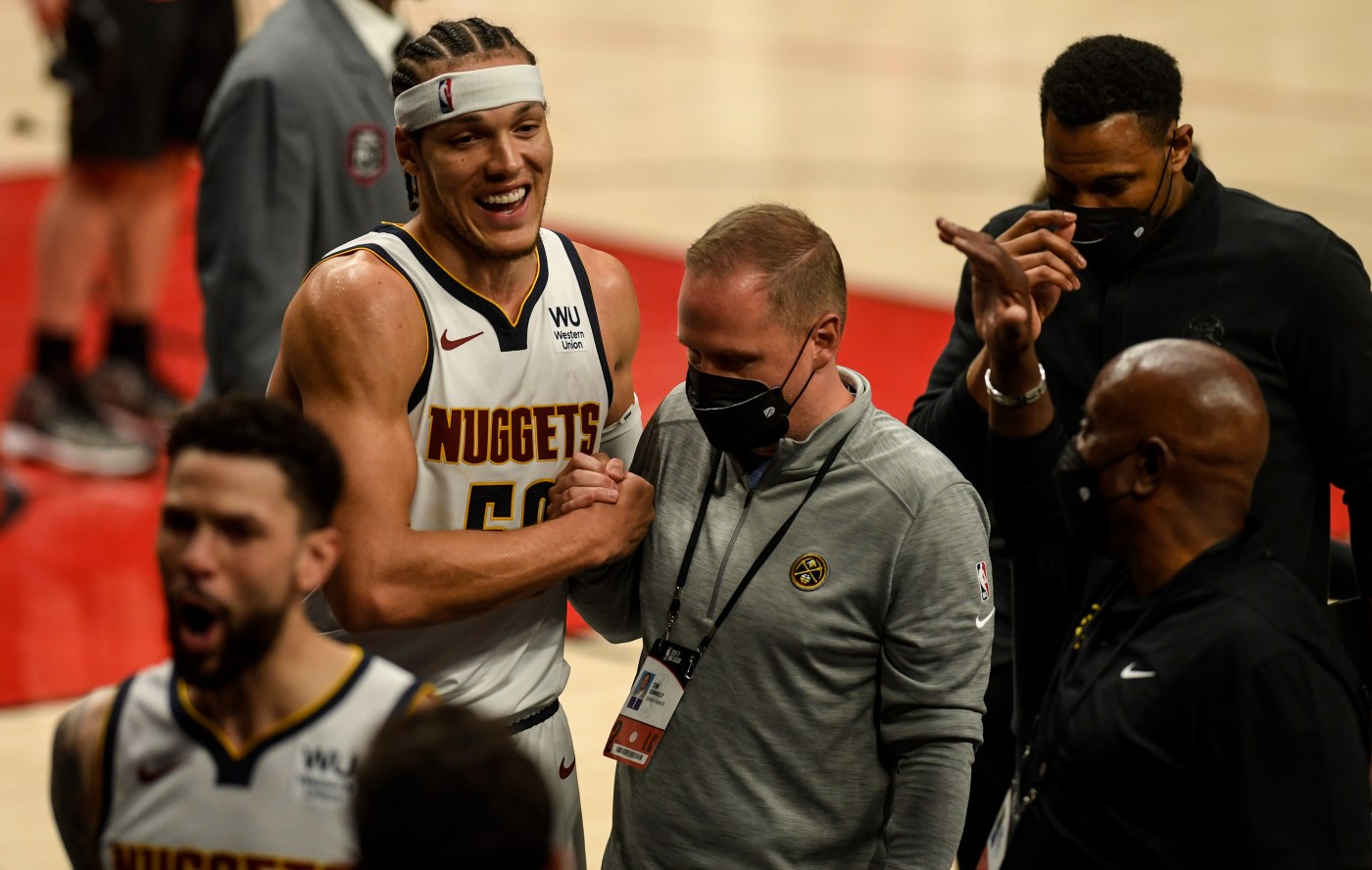 Step one of the Aaron Gordon gamble came back in March in the form of a blockbuster trade with Orlando. Step two came Tuesday afternoon.

Gordon and the Nuggets agreed on a four-year, $92 million contract extension that will keep him in Denver, at least, through the 2024-25 season, a league source told The Denver Post. The deal includes a player option for the 2025-26 season.

He was set to become a free agent after this upcoming season.

But both sides were interested in finding a deal, as was first reported by The Denver Post, after a successful two-plus month partnership to close last season. Though it was a whirlwind for Gordon, whose role changed drastically after Jamal Murray’s torn ACL, there were enough promising moments to convince Denver’s front office that the 25-year-old (turns 26 on Sept. 16) could be a part of their core.

Gordon, as he proved before Murray got hurt on April 12, was the perfect fit. Alongside Nikola Jokic, Michael Porter Jr. and Murray, Gordon didn’t need the ball to impact the game offensively. As a cutter, spot-up shooter and rebounder, Gordon could pick and choose his spots while still being efficient. But without Murray in the postseason, more was asked of Gordon. As a result, his shot attempts leaped up (9.9 per game), while his efficiency plummeted (43%).

His defense — the real reason the Nuggets traded for him in the first place — didn’t suffer. Gordon’s two biggest defensive assignments this postseason were superstars Devin Booker and Damian Lillard. In 80 defensive possessions against Phoenix’s superstar, Booker managed just 45% shooting when guarded by Gordon, according to NBA.com. In 51 possessions against Gordon, Lillard shot just 41%, including only 31% from 3-point range.

NBA memo: Those around players, refs must be vaccinated

Who could forget the clinic Gordon authored in Game 2 of Denver’s first-round series against Portland, when Lillard managed only 10 points in the second half after going off for 32 in the first? If his offense within Denver’s system remained a work in progress, at least his defense was unassailable.

With Gordon under contract for at least three more seasons, the lone holdout in keeping their core pieces intact remains Porter, who’s extension eligible until the start of this season. But Gordon’s extension is further evidence of what the Nuggets have been saying since acquiring him. Nuggets president Tim Connelly knows …read more