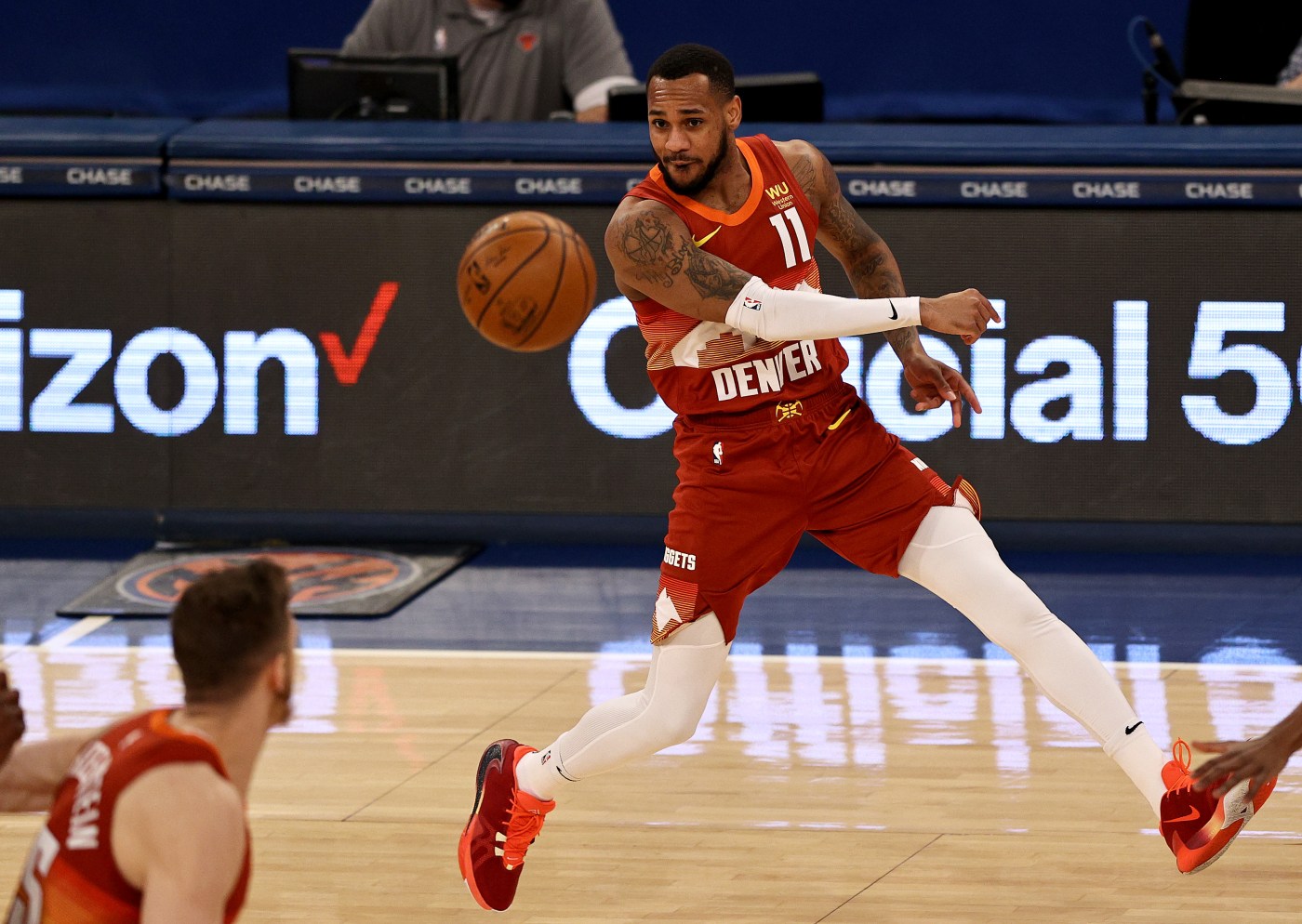 Nuggets coach Michael Malone said injured guard Monte Morris is making “great progress” in his return from a right hamstring strain but is still expected to be out the “next couple of games.”

Morris, who’s missed the last eight games after injuring his hamstring at Houston on April 16, has posted encouraging updates on his social media channels indicating a return could be close.

The last update Morris posted showed a picture of him smiling with the caption: “Mood that I’m cleared in a few!”

The Nuggets are 7-1 since Morris went down – which also coincided with injuries to Jamal Murray (ACL) and Will Barton (hamstring). Murray won’t be back until well into next season, and Barton’s timeframe remains unclear as the postseason approaches. Guards Facundo Campazzo and P.J. Dozier have proven more than capable replacements even if their production isn’t nearly as prolific as Denver’s typical starters.

Keeler: Michael Porter Jr. has become for Nuggets what people thought Drew Lock would be for Broncos. But isn’t.

Nikola Jokic, Nuggets clinch tiebreaker vs. Clippers, take over No. 3 seed in West

But with Morris, the Nuggets might finally get some encouraging news after a brutal month of April wrecked Denver’s backcourt depth, necessitating the additions of Shaq Harrison (two-way) and Austin Rivers (formerly a 10-day contract).

“He’s definitely getting closer,” Nuggets coach Michael Malone said ahead of Monday’s game against the Los Angeles Lakers. “Give Monte a lot of credit. He’s been working very hard with the training staff, the strength and conditioning coaches, trying to get back.

“I think once we get back from this L.A. trip, the next few days will be important, kind of see where his conditioning is at and how much he’s able to push off and to run and really test that hamstring,” Malone said. “He’s still not ready to come back in the next couple of games but he’s definitely getting closer and closer. He’s making great progress.”

The Nuggets, 43-21 entering Monday night’s game, had won five in a row prior to taking on the Lakers and moved into the No. 3 seed with only eight games left until the playoffs.