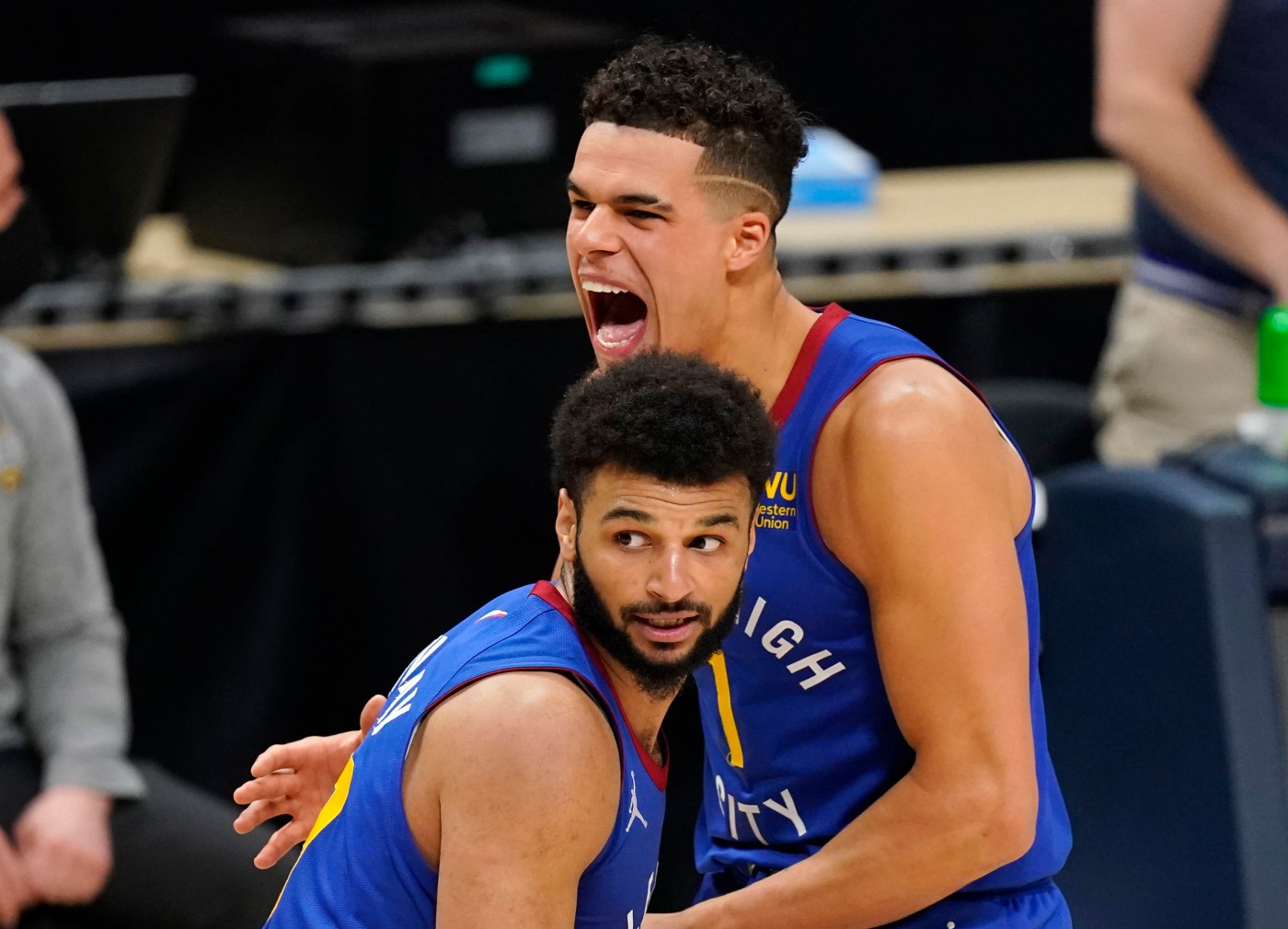 A pair of Nuggets players landed on ESPN’s list of the NBA’s best 25 players under the age of 25, which was released on Tuesday.

Guard Jamal Murray and forward Michael Porter Jr. came in at Nos. 13 and 14, respective, on the annual list.

Keeler: Is Aaron Gordon a better fit for Nuggets than Jerami Grant? Ask us in June. In the NBA Playoffs. When it counts.

Once a longshot, Nikola Jokic has climbed to NBA MVP favorite, according to oddsmakers

Kiszla vs. Singer: Can Nuggets keep both Paul Millsap and JaMychal Green happy?

“While the other guards ahead of him may be more prolific scorers, Murray leads many of them in efficiency thanks to 41% 3-point shooting. That level of accuracy might not be sustainable on high volume (6.6 attempts per game), but Murray has always profiled as a better shooter than his middling 3-point percentage (36% career over his first four seasons),” ESPN’s Kevin Pelton writes.

Porter, 22, is making his second appearance on the list after coming in at No. 23 last year. This is the 6-foot-10 forward’s first full season as a starter.

“Porter looked like he belonged in the top 10 of these rankings last month. In his 14 games (all starts), Porter averaged 20.3 points on 59.4% shooting from the field and 53.2% from 3 while posting 9.1 rebounds and only one turnover per game. The Nuggets went 11-3 during that stretch,” ESPN’s Bobby Marks writes.