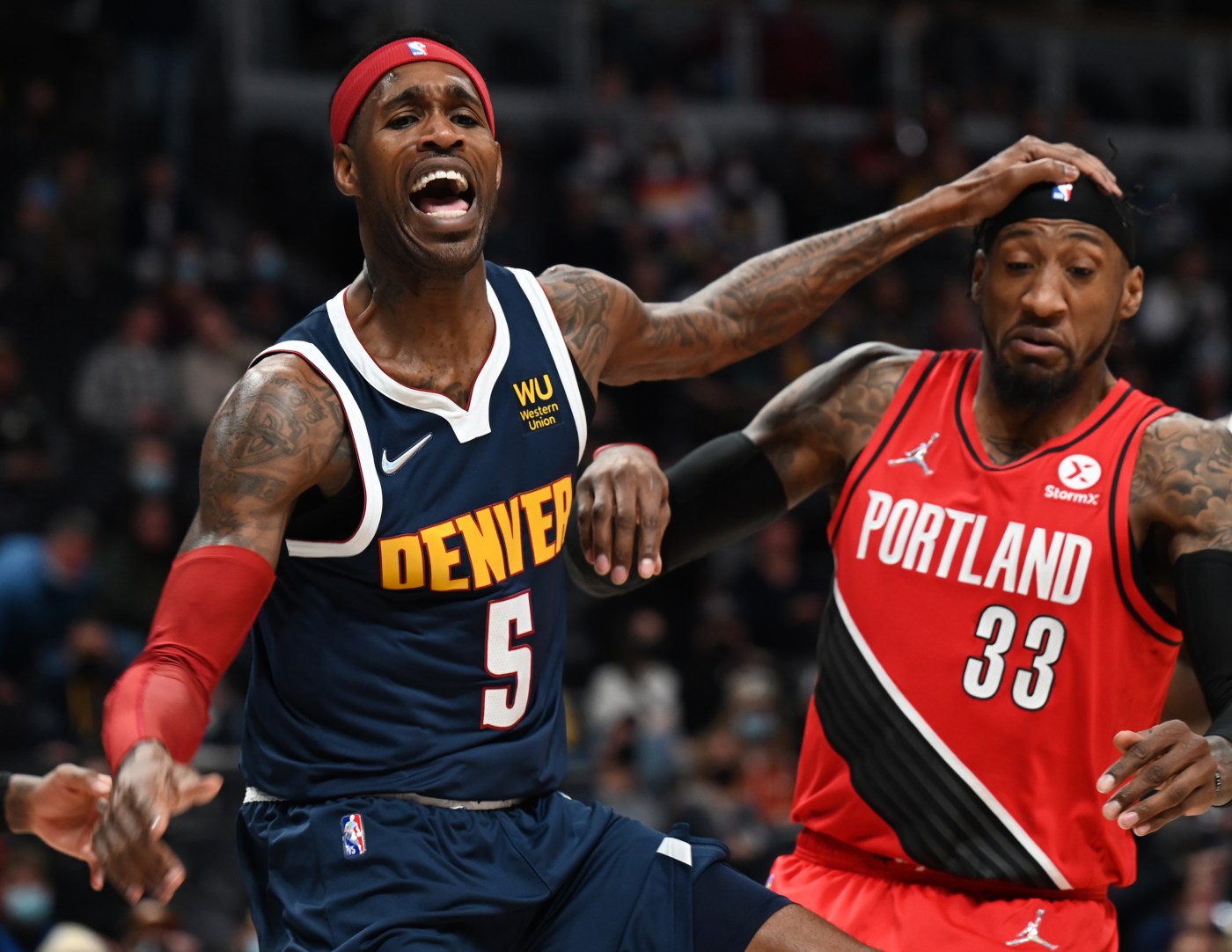 Call it cathartic or call it therapeutic. Whatever you do, call it a win.

The Nuggets rebounded from Tuesday’s heartbreaking loss to the Los Angeles Clippers and took out all their anger on the lowly Blazers. The 140-108 win was so dominant, Nikola Jokic didn’t need to see the floor in the fourth quarter.

It didn’t much matter that Portland was without Damian Lillard or C.J. McCollum. Thursday was about recovering, mentally and physically, from the collapse against the Clippers.

“I think everybody who’s a Nuggets fan was probably wondering when we got up big when the collapse was going to happen, and give our guys credit,” Nuggets coach Michael Malone said.

The Nuggets never teetered, improving to 21-19 on the season, with a visit Saturday from the Lakers up next.

Jokic was ruthlessly efficient, pummeling Portland’s interior for 20 points, eight rebounds and seven assists in only 28 minutes. His frontcourt partner, Jeff Green, dealt his own kind of punishment with a handful of vicious dunks. Green powered in 19 points on 9-of-11 shooting.

The Nuggets rained 21 3-pointers, making up for the ones that didn’t fall against the Clippers. Thursday, they shot with poise, rhythm and confidence. Bones Hyland buried five of them, and Austin Rivers and Facu Campazzo nailed three each.

And when not sniping from outside, the Nuggets played complementary basketball with 58 points in the paint.

Will Barton was in the midst of an outstanding return to the lineup when he went down on a drive with 2:56 left in the third quarter. Barton appeared to hurt his neck, and stayed on the ground for several tense minutes. He eventually sat up and walked off under his own power to the raucous approval of Ball Arena.

Kurtenbach: Jimmy Garoppolo’s future is murky; a big game against the Packers would create clarity

Before the scare, Barton had a team-high 21 points, including 4 of 6 from 3-point range. He had missed Tuesday’s loss to Los Angeles due to health and safety protocols, but was invaluable in eschewing Denver’s third-quarter woes. He never returned to the game, but it was likely because the Nuggets didn’t need him.

Barton buried nine points in the third quarter alone, including two 3-pointers. His offensive spark, coupled with Campazzo’s incessant energy, helped engineer a 101-80 lead heading into the fourth quarter. Unlike in Tuesday’s collapse, the Nuggets buried their 3-pointers and never let the Blazers get a foothold.

Thursday’s game capped what had been a bizarre day within the Nuggets’ organization. Early in the morning they learned that the Bol Bol trade had been voided by Detroit after Denver’s forward had failed his physical.

Malone had no qualms about him returning.

“Bol was leaving here on good terms,” Malone said. “We all had good conversations with him. Stranger things have happened in the NBA. I told him, ‘You can’t control this.’ We were excited for Bol because he was going to go to a team where he was going to get a chance to play, and that was the plan.