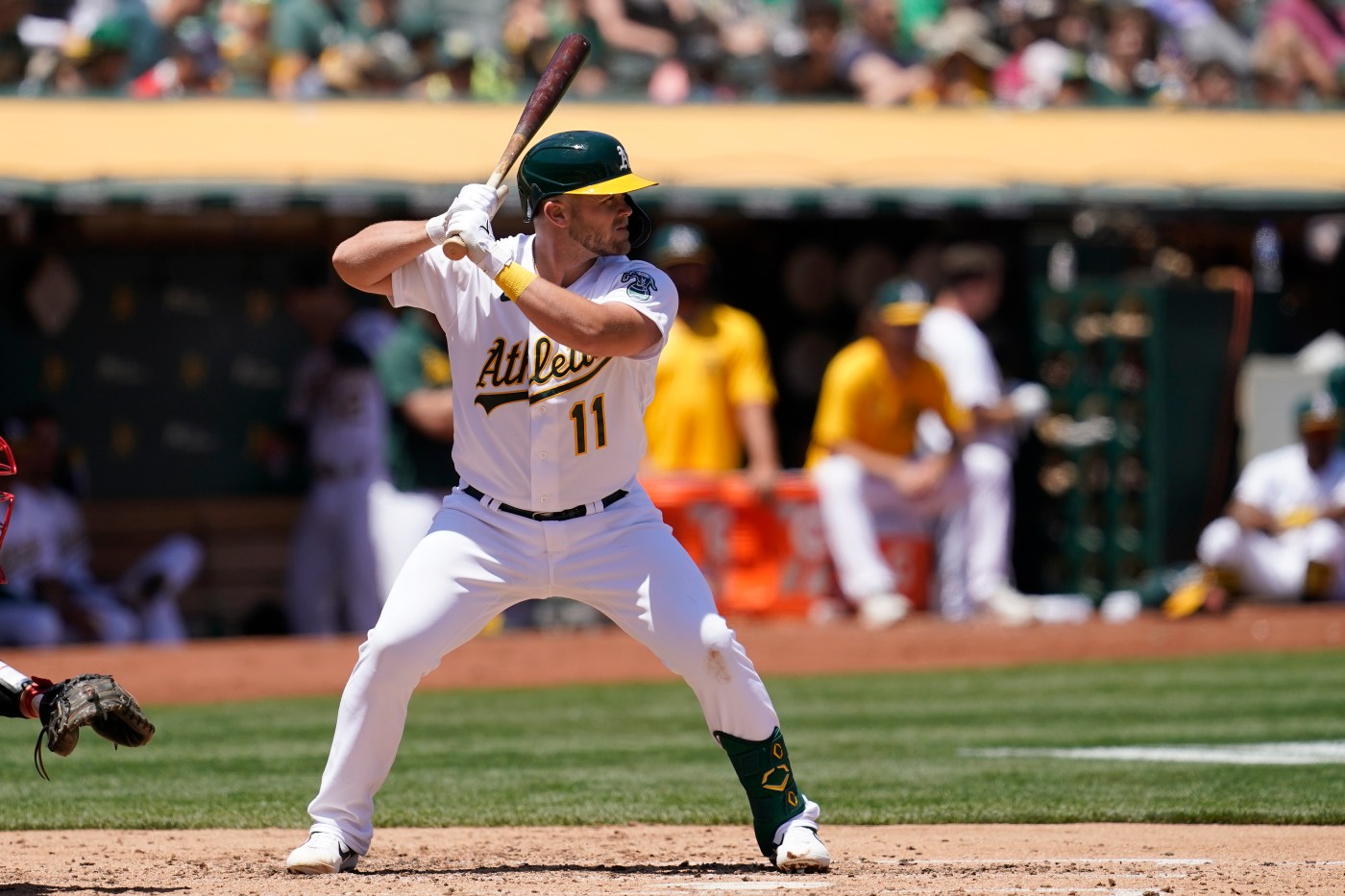 When Jacob Wilson collected his first big league hit earlier this week it was a moment the A’s 30-year-old rookie thought might never arrive.

Over the last 10 years, the 2012 St. Louis Cardinals’ 10th-round pick has played at six minor league levels, two more than even exist in MiLB today. He’s taken 31 at-bats as a member of the Toros del Este in the Dominican Winter League and 231 with the Lotte Giants in the Korea Baseball Organization. He’s played in 12 different cities around the world for three different major league organizations, been selected in MLB’s Rule 5 draft, released by his team to play baseball overseas and has over 3,000 plate appearances and 730 career hits in the minors. Due to the pandemic, he didn’t play baseball in 2020.

Wilson’s patience was even tested after he finally got called up to the big leagues. He was promoted to the A’s from Triple-A on July 8 and made his debut two days later, but Wilson’s first big-league hit didn’t arrive until July 20, nine days before his 31st birthday.

“It’s been a long time coming for me,” Wilson said. “I spent 10 years trying to get to this situation and put myself in a situation where I could make this dream happen. To go out and get the first hit out the way, words don’t really describe the feeling you get from that.”

Wilson’s first hit in the majors came on a leadoff single in A’s half of the sixth inning off Angels’ lefty José Suárez. The knock kicked off a three-run rally, assisting the A’s to a 6-0 victory over their division foe.

Positioning himself to contribute at the major league level had been a struggle, though. Wilson had played in Triple-A in 2015 and 2016 in the Cardinals organization, and returned to Triple-A in 2018 and 2019 with Washington’s top affiliate before joining the KBO.

In 2020, Wilson signed a minor-league pact that returned him to the Nationals and he spent spring training with them. But once the pandemic hit, he did not make Washington’s 60-man player pool and sat out the season.

Wilson thought his career was over.

“That was the one time that it really kind of set in that there’s a possibility that [the MLB dream] doesn’t come true,” Wilson said this week.

It’s a harsh reality for someone who spent nearly a decade in the Minor Leagues. But Wilson kept working, training throughout the summer and offseason to stay in shape.

Then Oakland called over the winter.

“They said, ‘Do you want to come play,’” Wilson said through a chuckle. “I said, ‘Absolutely.’ At my age and as long I’ve played … I didn’t know what opportunities were going to be available to me. So, to get that phone call and to be able to sign with Oakland this offseason was a big relief.”

Wilson spent spring training with the Major League team and opened the year in Triple-A where he established himself as one of the Aviators’ most productive hitters, batting .288 with …read more