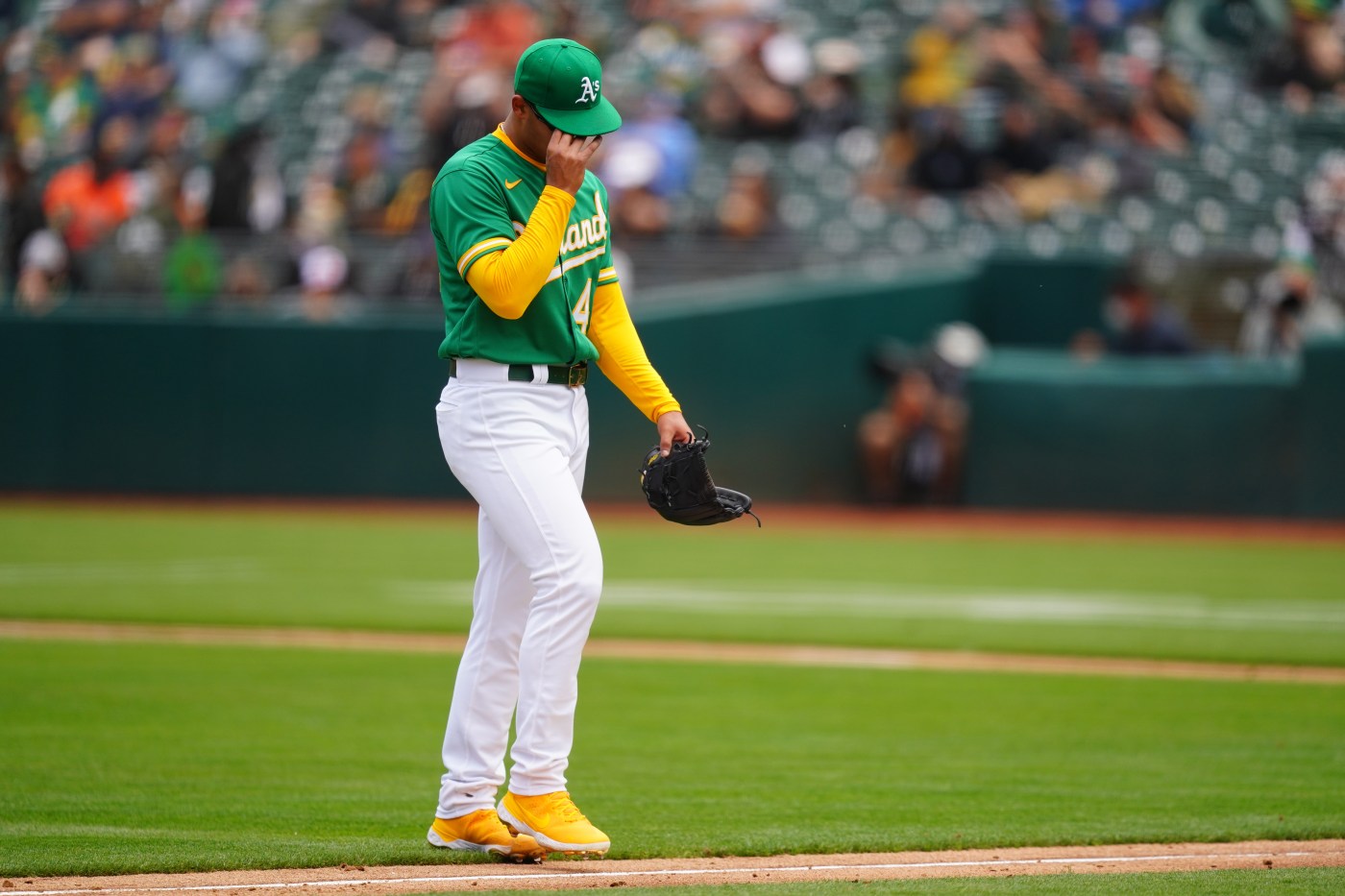 OAKLAND — Jesús Luzardo was placed on the 10-day IL with a left hand fracture, the A’s announced on Sunday. Luzardo allowed six runs, three earned, in a rough three-inning outing on Saturday against the Baltimore Orioles.

Luzardo hurt his hand before his Saturday start, manager Bob Melvin said. The 23-year-old hit his hand on the table while playing video games. He threw before his start, and trainers deemed him OK to pitch. But an X-Ray after the game revealed the hairline fracture.

Off to an inconsistent start, the A’s prized left-handed pitcher has a 5.79 ERA in six starts this season. His command was off in his start on Saturday. Left-handed reliever Adam Kolarek was recalled from the alternate site as the corresponding move.

With Mike Fiers’ return from his back injury this week, the A’s will return to a five-man rotation along with Sean Manaea, Frankie Montas, Chris Bassitt and Cole Irvin.

Earlier, the A’s also placed reliever J.B. Wendelken on the injured list with an oblique injury. Wendelken injured his oblique on the last pitch of his outing on Saturday, Melvin said. Wendelken’s 15 appearances currently American League. The A’s recalled Jordan Weems from the alternate site as the corresponding move.