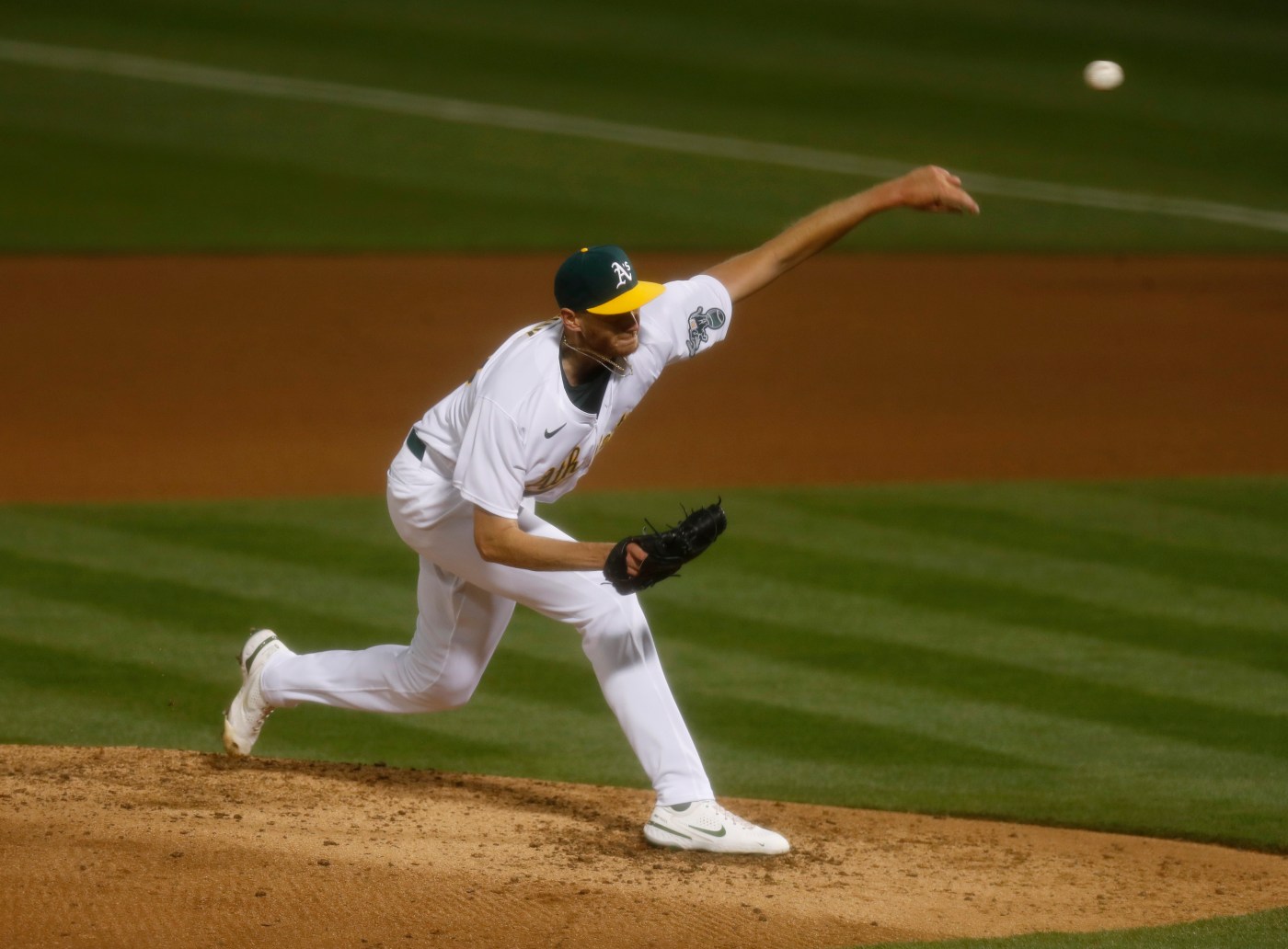 Puk, who suffered a left bicep injury and was placed on the 10-day injured list on April 8, threw a bullpen session on Saturday morning, manager Bob Melvin said. The 26-year-old top prospect has been throwing from at least 90 feet for over two weeks and seems to be nearing a return to the active roster.

“We’ll see how he responds to that tomorrow,” Melvin said.

Smith suffered a right groin strain and was subsequently placed on the injured list on April 6. While Melvin told reporters that Smith’s recovery could be lengthy, the reliever is scheduled to make a two-inning appearance at the A’s alternate site in Stockton on Sunday.

Even without Puk and Smith, the Athletics’ pitching staff has been superb since they snapped their six-game losing streak to open the season. Since Oakland won its first game on April 7, its pitching staff has the second-best team ERA in the Majors, trailing only the Mets.

Olson not ready to return, Brown at first

On Thursday, A’s first baseman Matt Olson hit a ball that ricocheted off the L-screen in the batting cage and hit him in the left eye. While X-rays revealed that there was no structural damage to the All-Star infielder’s face, he suffered a fairly serious contusion that swelled his eye shut.

Oakland A’s threaten in the ninth, but lose in Mike Fiers’ 2021 debut

Minor League report: Where the A’s top prospects are playing in 2021

While he is not yet ready to return to game action, Olson was able to field ground balls and take a few swings on Saturday morning. When asked about a possible return date, Melvin said he was still unsure.

“I doubt [Sunday],” he said. “It’s literally day-to-day. He looked better today but when he came in today he didn’t look like he would be ready to play. He took a few swings in the cage and took some ground balls but if I had to handicap it, I would say [Sunday] is not going to happen.”

Olson has been the A’s most productive offensive player this season with a .296 batting average, six …read more