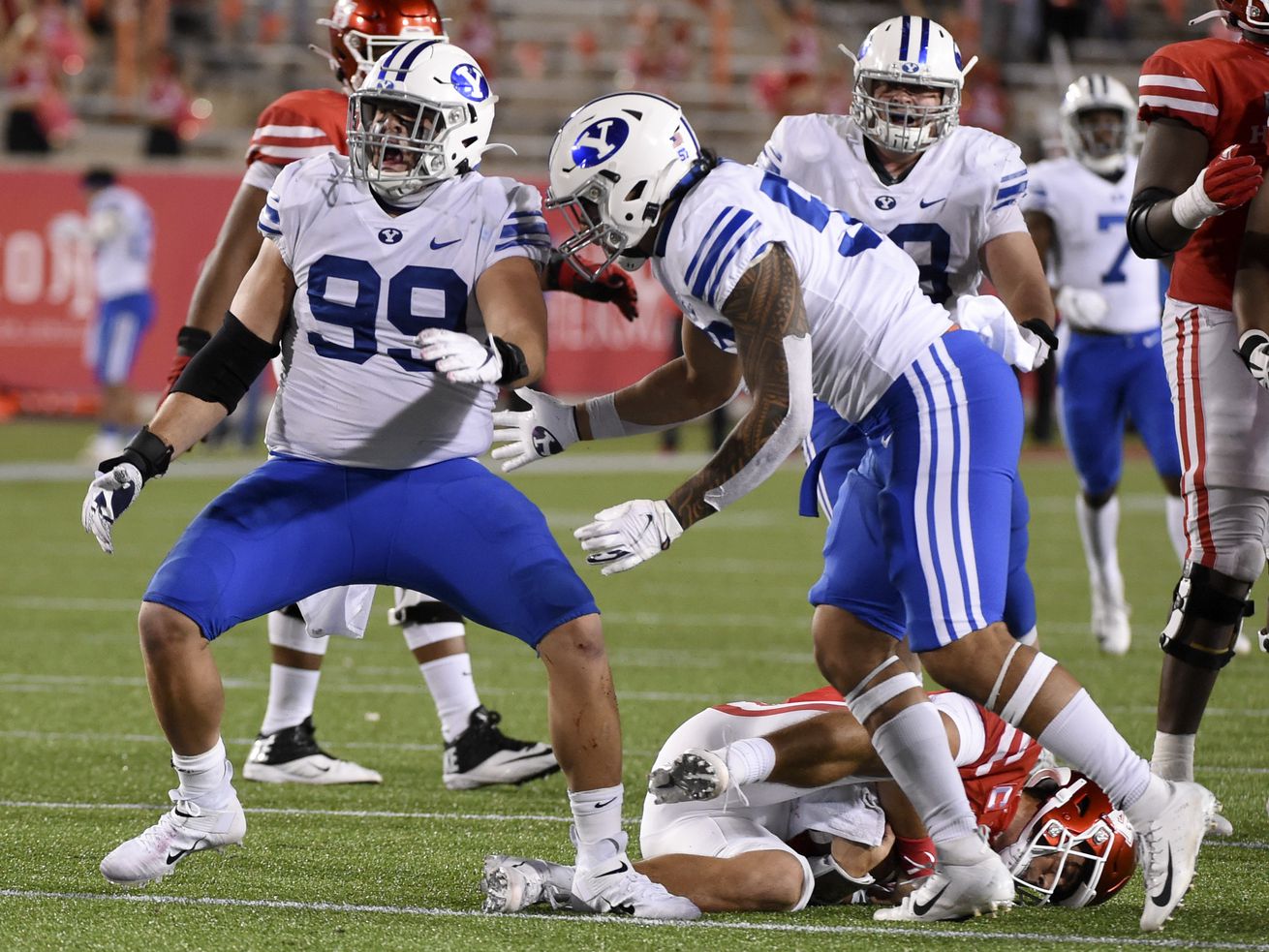 When BYU changed its defense to an aggressive man coverage, things clicked in 43-26 win over Houston

You gotta give Kalani Sitake credit in that win over Houston.

He watched Houston quarterback Clayton Tune rip apart his defense in the first half and he’d seen enough.

It was time to make his defense fit in with the rest of the team game plan of the night: to be aggressive, gamble, take chances and trust players.

The result was quite remarkable after trailing 26-21.

As much as Zach Wilson and Dax Milne deserve all the praise for dramatic playmaking that led to 29-straight points and a career high 400-yard, four touchdown aerial show, none of that happens without Sitake’s defense making multiple stops time and time again in the second half.

For the record, Houston scored twice on drives of more than 90 yards on BYU, but after the changes took hold, BYU’s defense thwarted five consecutive drives by Dana Holgorsen’s offense and a hot-handed Tune to end the game with a convincing 43-26 road win.

It was a total turn of the faucet for BYU’s defenders.

Now the question going forward is, will defensive coaches take a different approach to the defensive front and backend coverage?

The momentum change in this game due to the adjustment on defense showed BYU’s recruitment of a bevy of cornerbacks may have paid off. Trust them, let them go man on man in zero coverage (no safety help), and let the big guys get some linebacker help on pressure to disrupt.

Tune was disrupted the second half. The in-tune fell out of tune as fast as you could drop a guitar.

On the flipside, Wilson and BYU’s offense, impotent in the second quarter after leading 14-3 and trailing 26-14, scored 29 straight and cut the heart out of Houston’s football team.

Perfecting this man defense will pay big dividends in the Boise State and San Diego State games, BYU’s two most regarded opponents left on the schedule.

After gaining 333 yards (300 in the air) in the first half on the BYU defense, Houston finished the game with just 105 more yards, 98 of that on one drive. The final five Houston possessions of the game resulted in 7 yards.

Houston had 333 yards of offense in the first half and then only 105 yards in the 2nd half. 98 came on the TD drive. The last 5 drives …read more