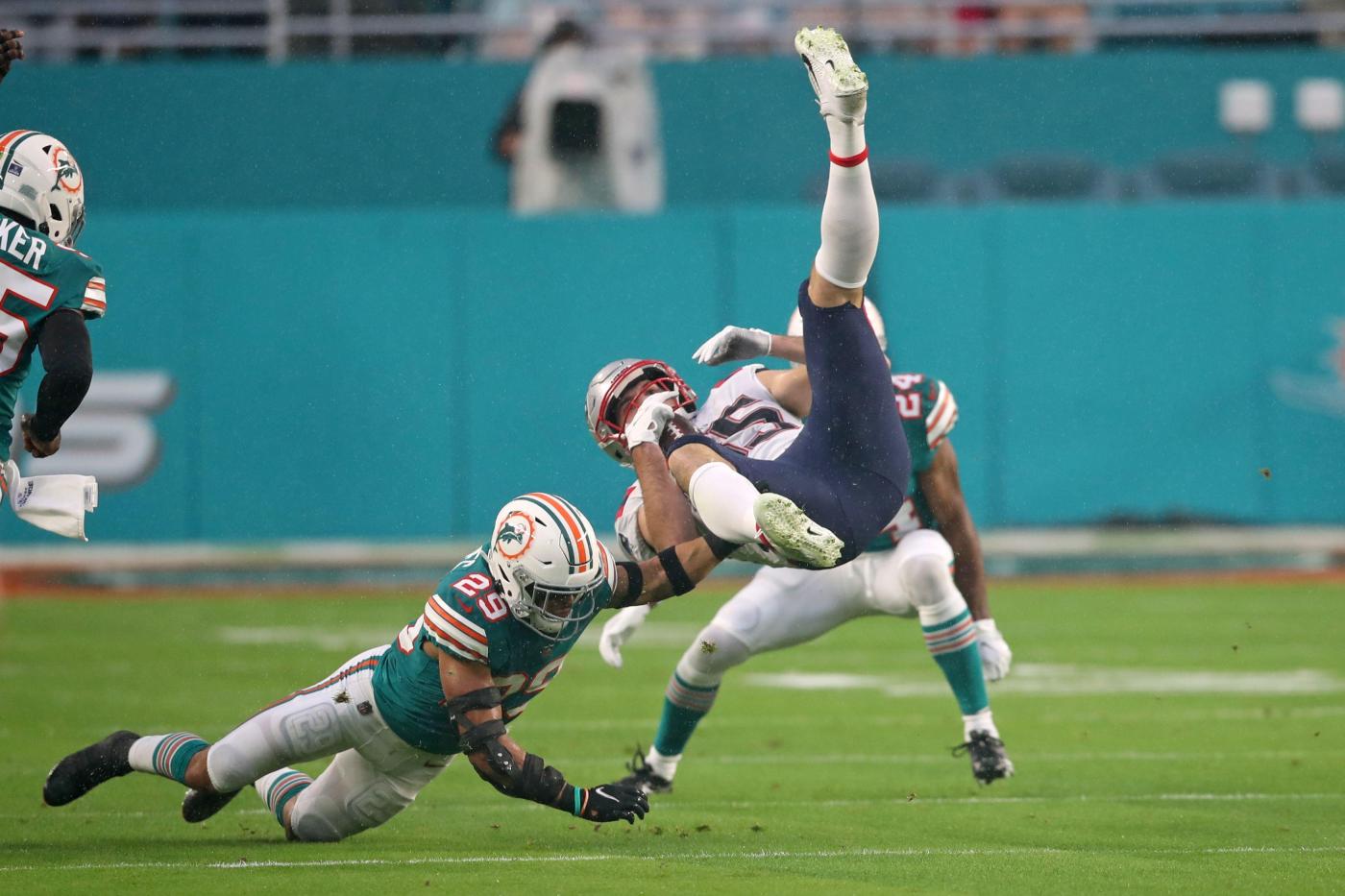 Life experiences can be humbling, oftentimes those experiences force us to evaluate, if not change who we are and how we operate.

The 2021 Miami Dolphins season needs to be that for coach Brian Flores because only his maturation will allow this franchise to reach its potential, getting off the mediocrity merry-go-round the Dolphins have been on for two decades.

At least while under his leadership, which will likely be extended one more season based on how this season’s team finished (9-8) as a result of Sunday’s 33-24 season-ending win over the playoff-bound New England Patriots, delivering the franchise’s first back-to-back winning seasons since 2002-03.

“Every experience you learn from them, good or bad. That’s kind of how I try to approach everything. I’ve learned a lot this year about myself, this team, players on our team, the people in our building,” Flores said, speaking about a Dolphins team that rallied back form a 1-7 start to win eight of the season’s final nine games.

“I think that there will be time to reflect on it and see that there’s certainly some things that I’ve learned,” said Flores, who has a 24-25 record as a head coach. “I’d like to think I’ve grown a little bit. Hopefully that’s the case for everyone.”

Miami’s win over the Patriots — a game the Dolphins controlled from the kickoff — produced the franchise’s first sweep of New England in 20 years. It also gave hope that Flores’ team can play with the big boys, the league’s playoff-bound teams after last week’s humbling loss to the Tennessee Titans.

But the inconsistent play that plagued the Dolphins all season, the stagnant offense that scored fewer than 21 points 10 times, an erratic special teams unit that hindered more than helped in 2021 — was also his fault.

The team’s 1-7 start was on him because as he often reminded the media, getting this team to maximize its potential and clean up its error-prone play, was his responsibility.

Miami’s defense didn’t find its groove until midseason. That unit couldn’t seal two games where they were given a lead in the fourth quarter earlier in the season.

And the offense never got out of third gear, and finished 2021 as one of the NFL’s worst in yard production and scoring.

Miami’s offense — with or without Tua Tagovailoa as the team’s starting quarterback — held this team back all season, and that’s on Flores because he made too many questionable hires.

If Flores doesn’t make some major changes to the offensive coaching staff, it’s likely going to wreck another season and likely cost everyone their jobs.

The Dolphins need a proven, polished offensive coordinator. One with a track record of building efficient units that rank in the top half of the league.

Flores needs to find a veteran offensive line coach to replace Lemuel Jeanpierre. Someone who can groom that unit’s youngsters and create an offensive identity.

And position coaches must get more out of young talents like Tagovailoa, Preston Williams, Myles …read more